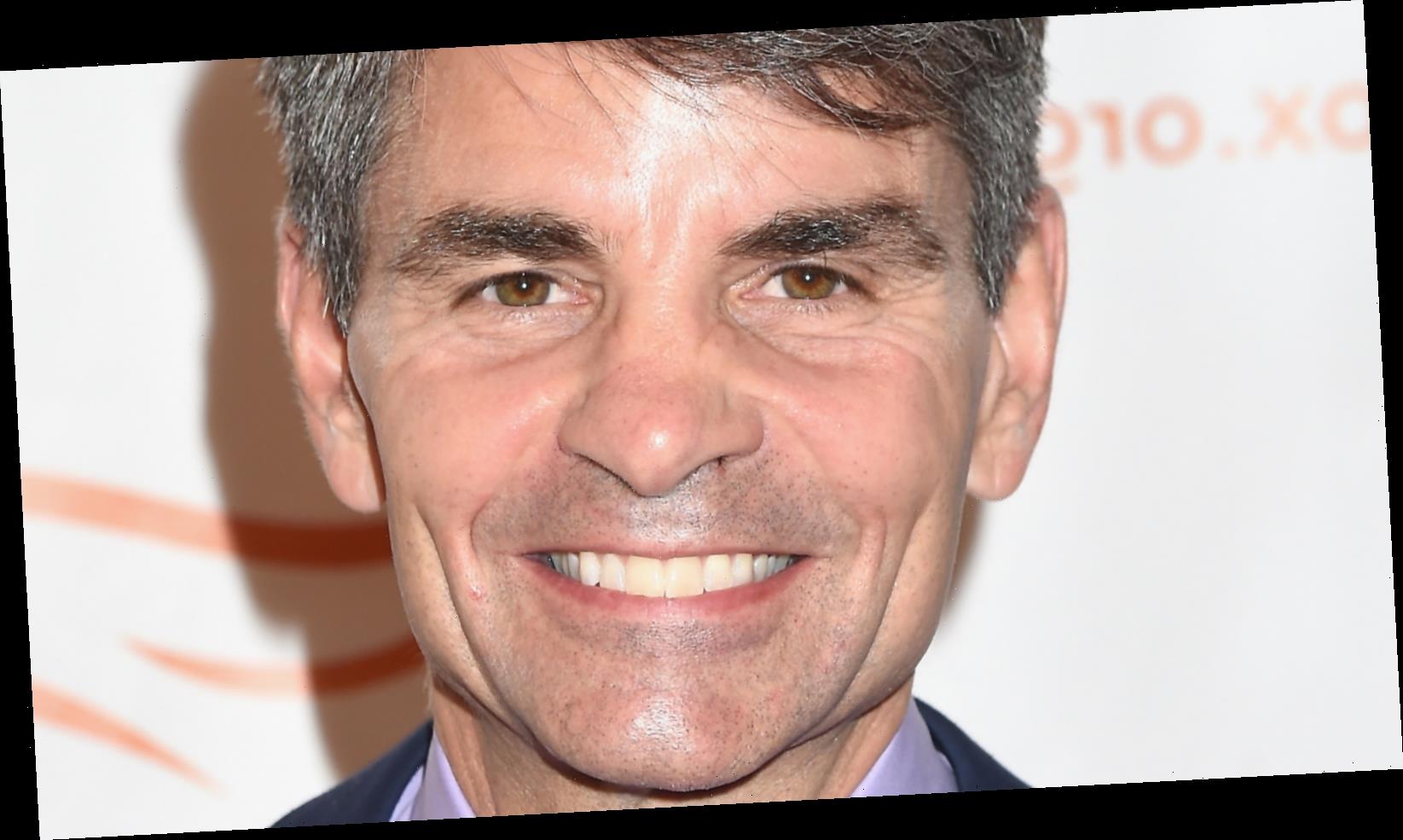 George Stephanopoulos is one of the greatest American journalists on TV today, hands down. His resume is impressive, and his ABC bio reads he has been a political commentator and a Democratic advisor but now sits comfortably in his co-anchor chair next to Robin Roberts and Michael Strahan on Good Morning America. Stephanopoulos also hosts This Week, ABC’s answer to Meet the Press, where he speaks on current events unfolding within our nation.

The 60-year-old has had an illustrious career after growing up in Fall River, Massachusetts, to Greek parents (via The Famous People). Stephanopoulos was always known to be a hard worker, and whether that was due to his strict Greek Orthodox faith or temperament, he has done well for himself after graduating in 1982 from Columbia University with a Bachelor of Arts degree in political science. But what little-known facts lie beneath the surface for this American icon?

It's all Greek to me

Stephanopoulos was given one of Greece’s greatest honors as they decided to put his face on a postage stamp, as revealed by The New York Post. The Greek postal service, better known as ELTA, unveiled a new set of stamps that included the anchor’s face during an event that took place at the Acropolis Museum (via Leadership 100). The stamps were made to honor Greeks who had moved abroad but kept their roots close and were chosen by the International Foundation for Greece to receive recognition by that nation with a stamp of approval. The International Foundation for Greece also presented the journalist with the Media award for his strong ties to his community.

Stephanopoulos has always represented a close tie between other Greek-Americans as many look up to him and want to emulate his success. During the PBS show Finding Your Roots, the father of two delved into his family tree where he learned that his great-grandfather had resisted the Nazi occupation and was even imprisoned due to his bravery.

George is not perfect

Any form of arrest of a top-tier Washington politico can often be career-ending. The Los Angeles Times reported back in 1995 that Stephanopoulos was arrested after he had a collision with a parked vehicle. He fled the scene and was later charged with leaving the scene of an accident, as well as with driving with an expired license which translated to two misdemeanors. After a night out, the accident took place in Georgetown, and the D.C. police claimed he smashed the bumper of a four-wheel-drive while trying to pull out from his parking space. We have all been there when it comes to parallel parking and its hardships, and in the end, the charge of leaving the scene was dropped.

In 2015 it was revealed that the journalist was accused of bias and had made three donations that equaled $75,000 to the Clinton Foundation between 2012 and 2014 (via NPR). Even though the donations were of public record, many felt he should have gone one step more and disclosed them on-air since ABC covered the foundation. At the time, he told viewers, “Even though I made them strictly to support work done to stop the spread of AIDS, help children, and protect the environment in poor countries, I should have gone the extra mile to avoid even the appearance of a conflict” (via Washington Post).

The man with a big heart

Even though he may have been gun shy after donating thousands to what he believed was a good cause, Stephanopoulos is tremendously generous when it comes to charities that are close to his heart. Looking to the Stars reported that he works closely with seven charities which include the Michael J. Fox Foundation, Robert F. Kennedy Memorial, and UNICEF. The American journalist is also the founder of Next Generation Initiative, a non-profit organization that helps students learn real-world skills that will better prepare them for the future. He currently also serves on the Council on Foreign Relations, an online periodical and “think tank” whose only job is to be a resource on what is happening in the world around us. Stephanopoulos has made it his life’s mission to give back to those less fortunate all around the world, and to many is a beacon of hope during this rather bleak time.

Along with his career, Stephanopoulos also has a full home life after marrying Ali Wentworth, according to The Sun. The happy couple met on a blind date and got married just two months after meeting one another. The power couple has been successfully married for 19 years while making their life together in New York City. Wentworth was a successful actress and producer but may be best known for the 1990s series In Living Color. Her list of film credits is long, with some including Jerry Maguire, The Real Blonde, and Office Space (per IMDb).

She even was once a correspondent for The Oprah Winfrey Show. The famous couple has two daughters, Elliott Anastasia Stephanopoulos and Harper Andrea Stephanopoulos. The couple is very private as neither parent posts photos of their daughters and have not attended a red carpet event as a family since 2016 (via Distractify).

Is there a anchor feud at ABC?

Most recently, Stephanopoulos has found himself at the center of a scandal that includes fellow ABC news anchor David Muir. Variety reported that Muir was going to be leading the breaking-news duties at the network, but some reports have Stephanopoulos not handling the news well at all, pun intended. Since 2014, after Diane Sawyer retired, the father of two has been the go-to guy for all ABC’s breaking news, presidential debates, and national events. For all intents and purposes, he was recognized as the “Chief Anchor.”

But now, the new structure will only be having him field those stories during the morning on GMA, and he will no longer be able to use the “Chief Anchor” title, especially since no formal title by that name exists at the network. CNN revealed that the terms of the new deal would extend a new contract for Stephanopoulos, have him lead new political programs on Hulu, and, at times, some specials for primetime. According to the outlet, the drama became so heated between the two news legends that the former presidential aid threatened to walk to a rival network, forcing Disney executive chairman Bob Iger to fly from California to New York to form a peace deal. Whether it was due to a big ego or a big rivalry, Stephanopoulos is not one to back down from a fight. He has survived the White House, and he will no doubt survive his stint on network television.