In the first episode of the HBO docuseries The Vow, viewers were introduced to the story of the cult-like organization NXIVM, which was revealed to have alleged dealings in sex trafficking in 2017 by The New York Times. But if you already know about the group — or have embarked on your own research journey since starting the show — you probably are pretty caught up on the NXIVM’s leader Keith Raniere and one of his followers, Smallville actor Allison Mack. In April 2019, Mack took a deal and pled guilty to racketeering and racketeering conspiracy charges in relation to her part in NXIVM, but she’s not yet behind bars. So, what is Allison Mack doing after the NXIVM scandal? It’s likely not what you’d expect.

According to The Hollywood Reporter, Mack was originally recruited to the group by Kristin Kreuk — her Smallville costar — in 2006. While Kreuk reportedly left the group soon after that, Mack stuck around and moved up the ranks, reportedly becoming Raniere’s right-hand woman for recruiting new members.

In 2017, The New York Times exposed the group for its more alleged sinister operations. The Times reported that Mack allegedly operated the secret sex cult within NXIVM, known by several names, including DOS, Dominus Obsequious Sororium, Master Over Slave Women, and The Vow. The publication reported that women members were branded with Reinere’s initials and had to share intimate photos of themselves to join — which was later allegedly used as collateral to keep them from leaving. 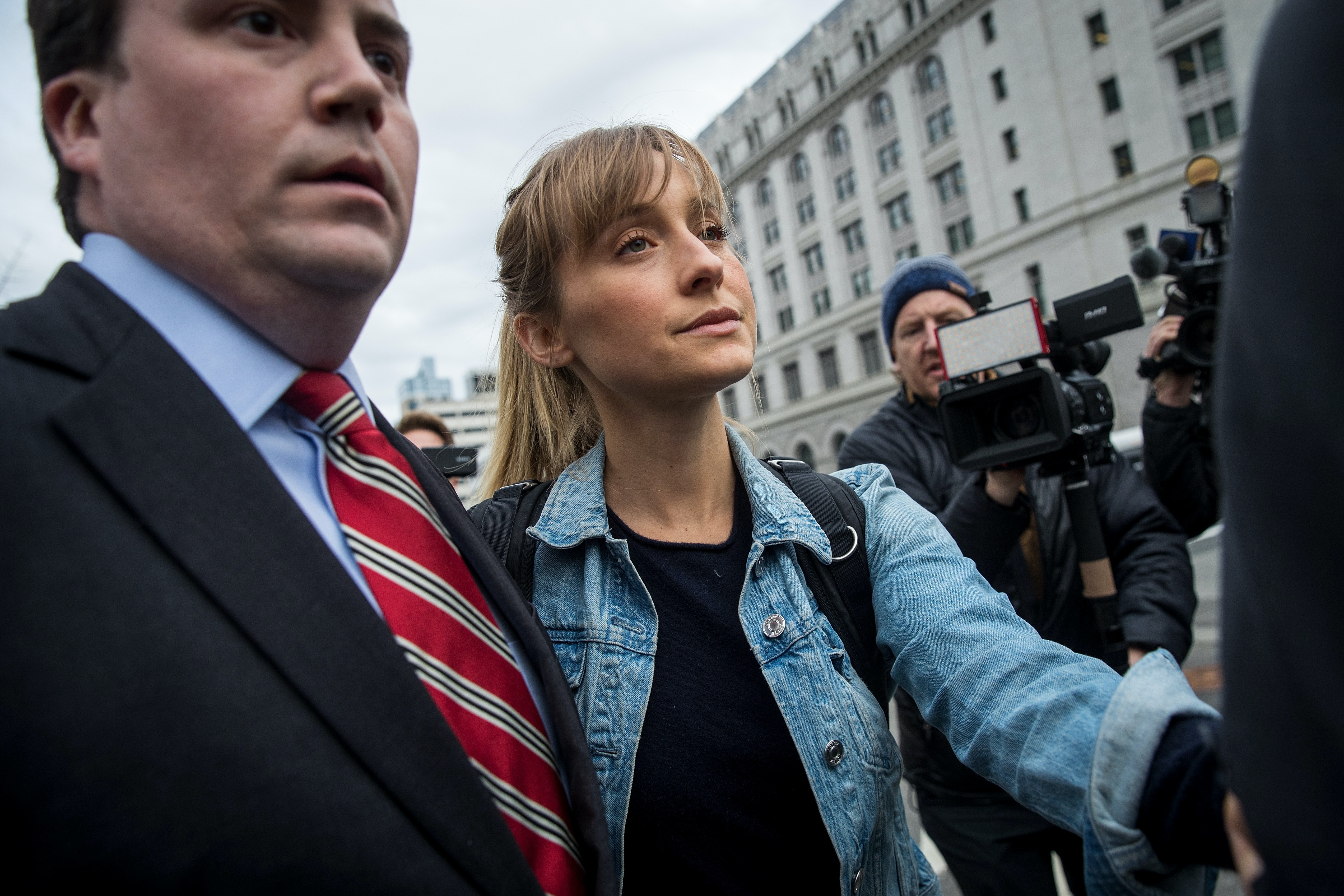 In 2018, Raniere and Mack were both arrested, and Mack made a plea deal in which she pled guilty to racketeering, which reportedly helped her avoid some of the initially more series charges, including sex trafficking, sex trafficking conspiracy, and forced labor conspiracy, according to CNN.

Mack was originally supposed to be sentenced in September 2019, but nearly a year later, she’s still out on her $5 million bond and currently lives at her parents’ home in California. While she’s under house arrest at the residence, she’s thus far avoided facing the court date that would likely send her to prison.

What caused the delay in sentencing? Initially, it was delayed at the request of her defense team, who wanted time to prepare evidence they thought would help Mack’s case. After that, the coronavirus pandemic delayed court hearings nationwide. Thus, there is still no scheduled date for her sentencing. When that time does come, Mack will face up to 40 years in prison, 20 years for each count to which she pled guilty.

On another note, Raniere’s sentencing is coming up on Oct. 27 and he could face life in prison, so at least one person allegedly involved with NXIVM will see their day in court soon.

The Vow continues on Sundays at 10 p.m. ET on HBO.