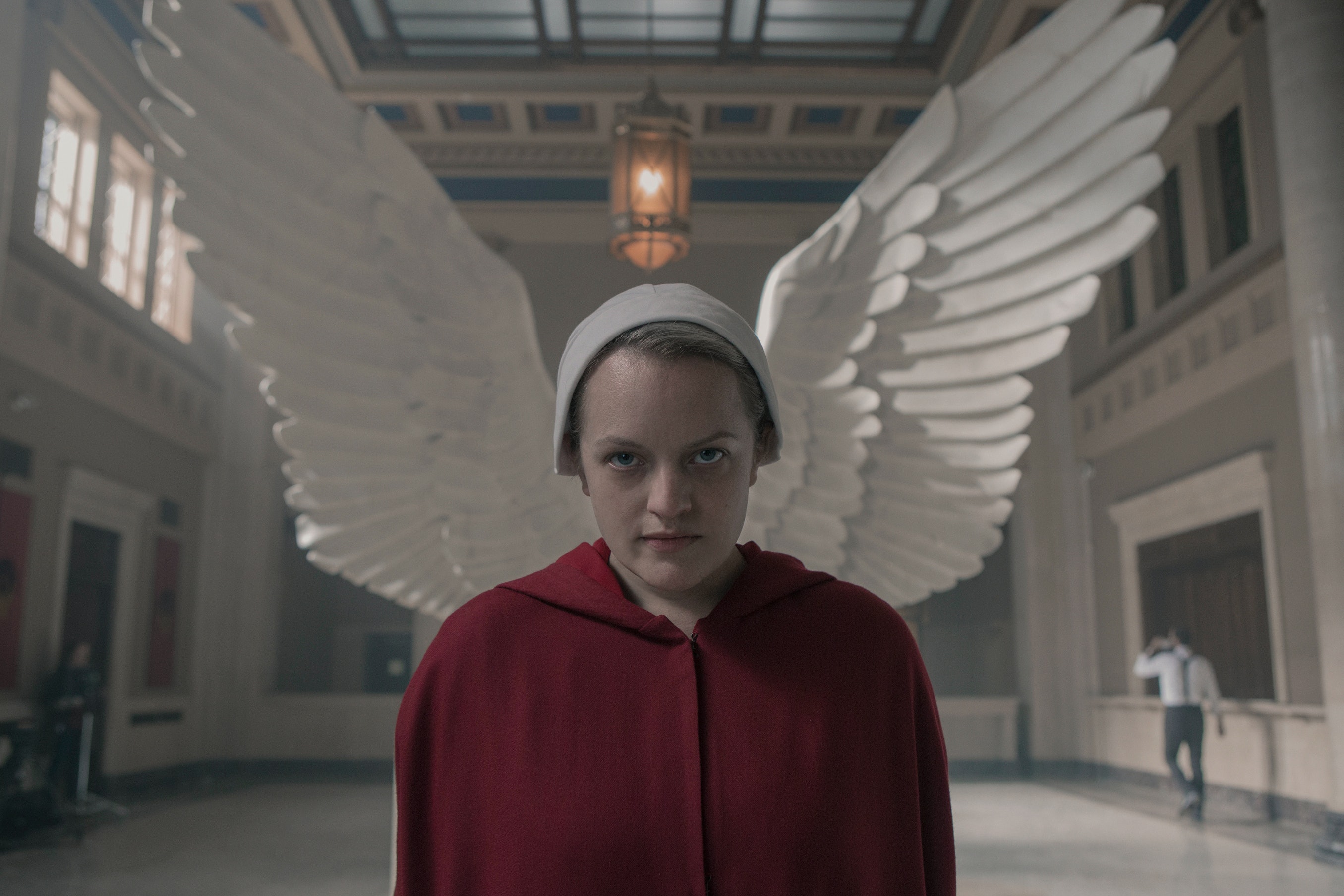 Season 3 opened with Serena Joy burning down the Waterford house after June smuggled baby Nichole out of Gilead to Canada. With the Waterfords homeless, Nick, Rita, and June were reassigned. Surprisingly, June technically got promoted. She was sent to live with Commander Joseph Lawrence, the architect of Gilead. It was a safe placement, since the Lawrences secretly did not perform the Ceremony like they’re supposed to.

But June wasn’t done with the Waterfords yet. Serena Joy wanted her baby back. She bribed June into arranging a visit with Luke (who had custody of Nichole in Canada) by promising her Hannah’s school’s location. That culminated with a trip to Washington, D.C., where June believed she could get support from outside diplomats. Sadly, not so much. Instead, she attracted the powerful Winslow family’s attention and they insisted on coming to visit the Lawrence house and making sure the Commander and June were performing the Ceremony properly.

June did eventually gain Hannah’s school’s location and she got a chance to visit with Mrs. Lawrence. But it didn’t end well; June’s walking partner, Ofmatthew, narc’d on her. So, June’s fellow Handmaid friends all ostracized Ofmatthew, causing her to fall into a deep depression (while pregnant). In despair, Ofmatthew attacked the Peacekeepers guarding Gilead’s marketplace and wound up dead.

But Ofmatthew’s unborn baby was deemed too valuable to lose. Aunt Lydia put the woman’s dead body on life support, effectively turning her into a living incubator. She forced June to sit vigil until the baby arrived. Lydia hoped this would break June once and for all. Instead, it gave her new resolve when the child was born: To see all the stolen children of Gilead sent to their freedom in Canada.

The final episodes focused on June’s desperate plan to smuggle as many children (especially girls) as possible out of Gilead. She roped in the Martha network and any Handmaid willing to step up. In the end, she gathered a shocking number of kids, nearly three dozen, and got an airplane via Commander Lawrence. It seemed like June might finally get out.

But as it happened, the final stretch of their journey to the plane was across a brightly lit road, where Peacekeepers were watching. June did what she had to do. Leaving Rita in charge of getting the children on the plane to Canada, she ran at the Peacekeeper watchtower, getting all the searchlights trained on her. As the soldiers came for her, she gunned them down, but not before one shot her in the chest.

As June lay on the ground bleeding out, the plane sailed away overhead.

What’s in store for June next? Fans will find out when the first episodes of The Handmaid’s Tale Season 4 arrive on Hulu, starting Wednesday, April 28, 2021.