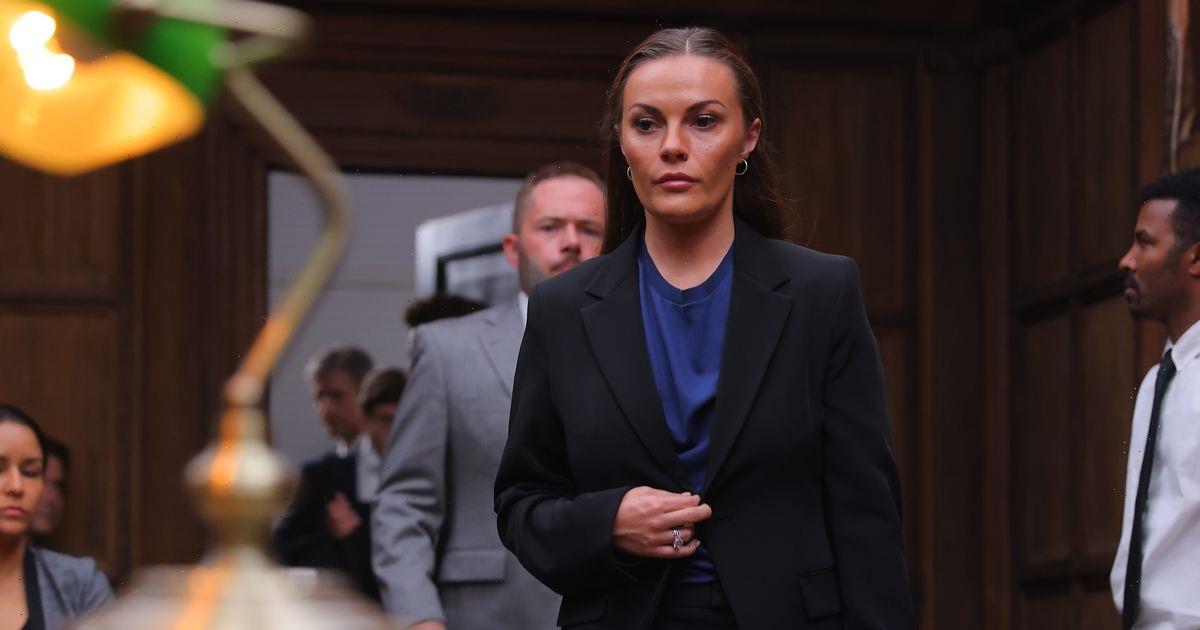 In the first-look images of the film, Bafta-winning This Is England actress Chanel Cresswell can be seen taking to her role asColeen Rooney as she sits in court while Harry Potter’s Natalia Tena can be seen sporting a pair of dark sunglasses as she takes on her role ofRebekah Vardy.

Alongside Natalia and Chanel, Good Omens starMichael Sheen is set to appear in the film as Coleen’s barrister David Sherborne, having previously wowed viewers with his portrayals of public figures including Tony Blair and Chris Tarrant.

Meanwhile actor Simon Coury, who has appeared in The Professor and The Madman, will portray the role of Rebekah’s barrister Hugh Tomlinson.

According to Channel 4, Vardy V Rooney: A Courtroom Drama, which is set to air on Channel 4 next month, “recreates the high drama, high stakes High Court defamation case” based on the court transcripts.

It also imagines the “huge impact on the lives of the two women at its heart”.

Earlier this summer,Rebekah, 40, lost a libel battle against Coleen, 36, over a viral social media post after a High Court judge found it was “substantially true”.

In the post, which went viral in October 2019, Coleen said she had carried out a months-long “sting operation”and accused Rebekah of leaking “false stories” about her private life to the press.

Her efforts saw her dubbed ‘Wagatha Christie’ in reference to the popular mystery writer Agatha Christie as well as the term ‘WAG’ referring to football players’ wives and girlfriends.

In other places, the high-profile court case is being turned into a West End play starring actresses Lucy May Barker and Laura Dos Santos.

And back in August, Disney+ confirmed that it was creating athree-part documentary series about the court battle with “exclusive access” to Coleen.

As perThe Sun, Rebekah reportedly signed a deal to take part in a documentary regarding the Wagatha Christie trial, which will allegedly air on Discovery+.

Speaking to the publication in September, a source said: “Becky has been inundated with offers ever since the trial ended. She has made no secret she believes she has been hard done by and is keen for her voice to be heard.”