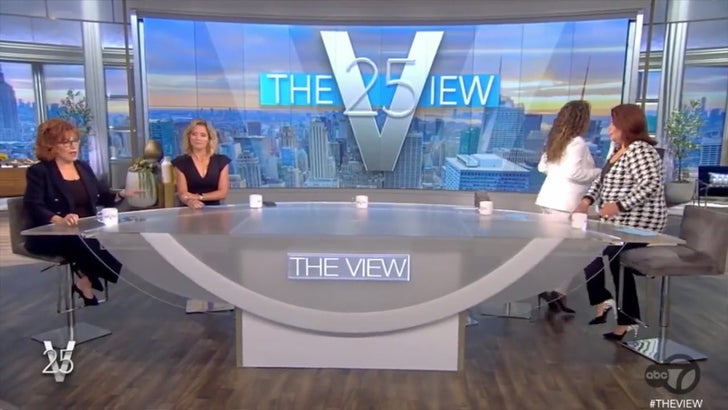 Full panic at “The View” Friday morning, as 2 of its co-hosts tested positive for COVID-19 just as VP Kamala Harris was set to appear on the set with them.

During a commercial break on Friday’s show, co-hosts Sunny Hostin and Ana Navarro were told they had to leave the stage. Joy Behar later announced Sunny and Ana had to leave because they’d tested positive for COVID-19.

You can see there’s a bit of confusion as to whether Joy should still announce Kamala on the show. A producer’s heard saying yes before someone shouts “no.”

Harris still appeared on the show, but had to do so remotely. She was still in the building, and did the interview from her green room. Safety first, of course.

As for Sunny and Ana … no one on set seems too concerned about their breakthrough cases. Joy intimated they’ll be fine, because they’re both vaccinated “up the wazoo.”

The news is a bit of a bummer for the live audience members who came to see Harris. The show heavily promoted her appearance … saying Harris would be live at the table, an historic event for the show to have a sitting Veep.