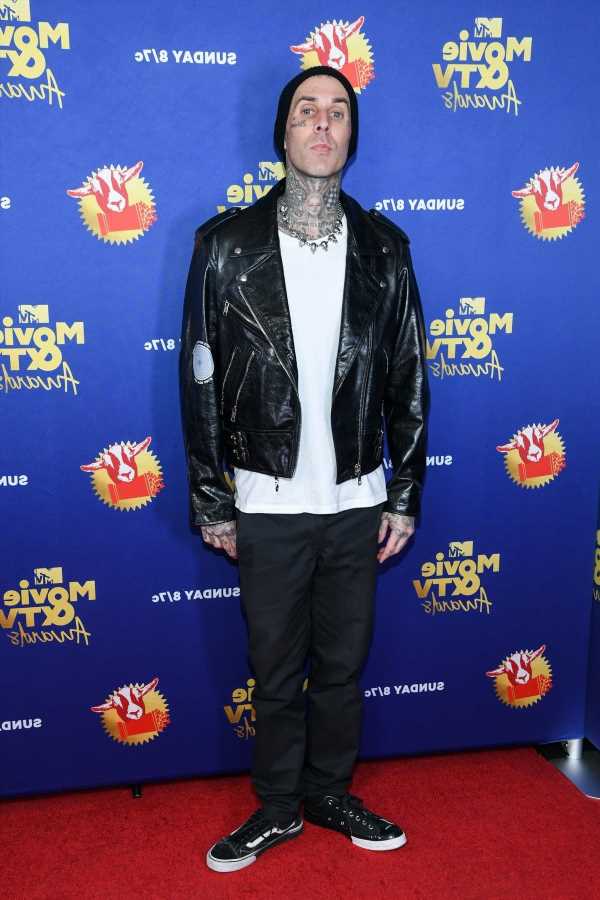 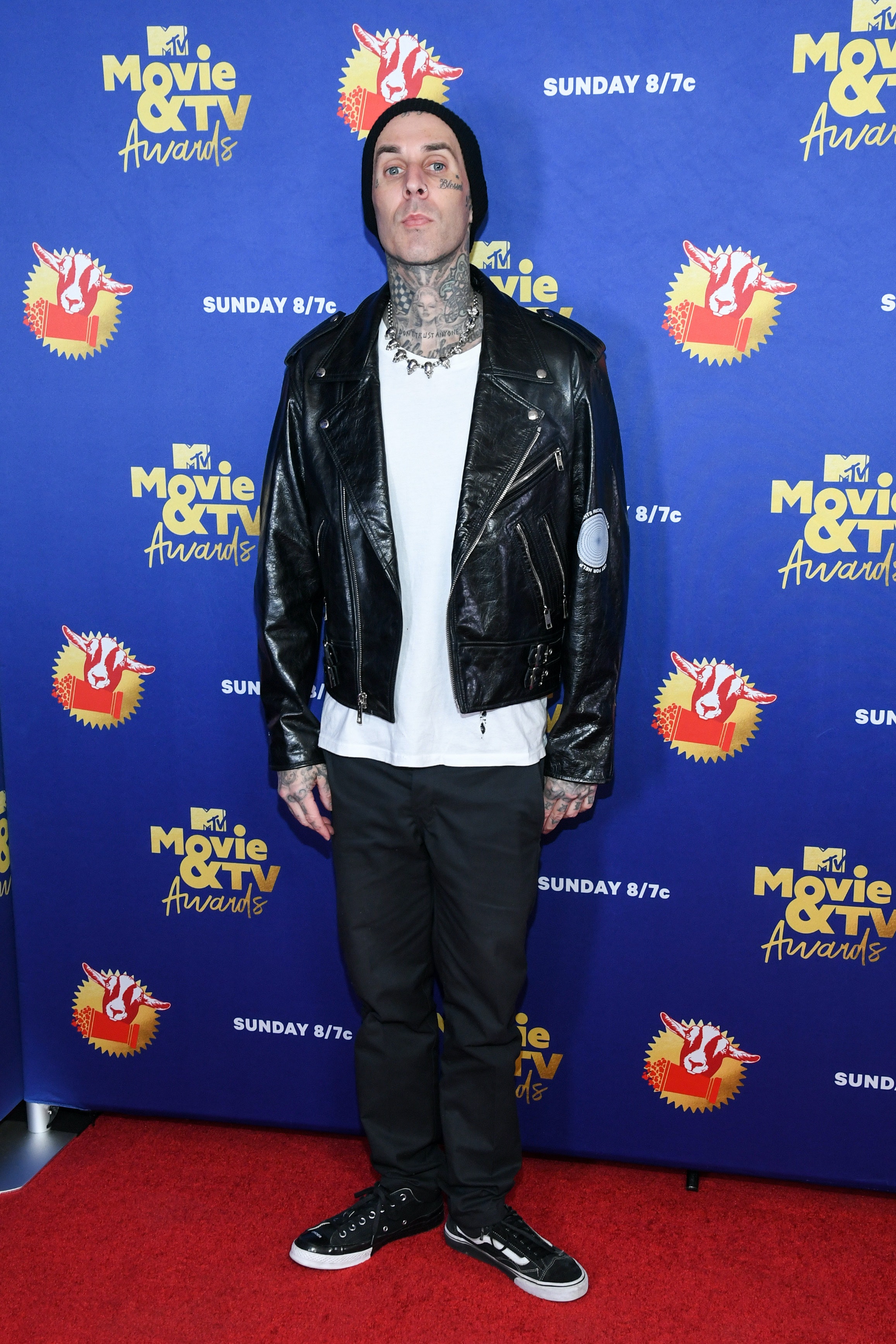 Tattoos might just be Travis Barker’s love language. He’s already gotten quite a bit of ink in honor of Kourtney Kardashian; she even gave him an “I love you” tattoo earlier this week. Now, it looks like he’s trying to disguise some body art devoted to a certain ex. Specifically, on Thursday, May 13, Travis Barker reportedly covered his tattoo for Shanna Moakler — well, one of them.

Cosmopolitan was the first to notice that Barker’s newest tattoo, a black skull and crossbones, conveniently covers an “ST” design that reportedly references his six-year relationship with Moakler. Barker has a couple of tats dedicated to his ex-wife, but he’s made no efforts to remove them until now. “I actually only ever got the names of two girls tattooed — the ones I married,” he told Vice in 2015, referring to Moakler and Melissa Kennedy. “The Shanna tattoo is still there. I don’t know if I’m going to cover it up, but I’ve thought about it.”

Of course, since then, Barker has gotten another woman’s name tattooed on his body: On April 9, he had Kardashian’s first name inked across his chest. The same day, TMZ asked Moakler if she’d seen the photo. “It’s beautiful, yeah. It’s nice, it’s nice. Welcome to the club,” Moakler joked. “He’s got a couple more on there, too.” She also revealed she still has Barker’s first name tattooed on her wrist, although she’s in the process of getting it laser-removed.

The “Kourtney” tattoo came just weeks after Barker got a line from True Romance tattooed on his thigh, a gesture fans suspected was a subtle tribute to his girlfriend. (The quote, “You’re so cool!,” is one that Barker and Kardashian have frequently used when commenting on each other’s Instagram posts.) Moakler had some thoughts about this, too. “The movie, True Romance, that I feel like they’ve been bonding over was the theme of our wedding,” she told People on May 12. “Our daughter’s named after the character [Alabama] in the movie … I just think it’s weird.”

This wasn’t the only time Moakler made a snide comment about Barker’s new relationship. Fans think a recent Instagram comment, in which she said she’s “happy in life, not on IG,” was a jab at the couple’s online PDA; she’s also liked several shady comments about her ex. But, no matter where things stand between Moakler and Barker, she’s made it clear that what matters most to her are the two kids they share, Landon and Alabama.

“I’m really, genuinely happy for him. I want the father of my kids to be happy and to have a partner that makes him happy … and a better father,” Moakler told People. “As long as she’s good to my children, that’s truly all I really care about.”