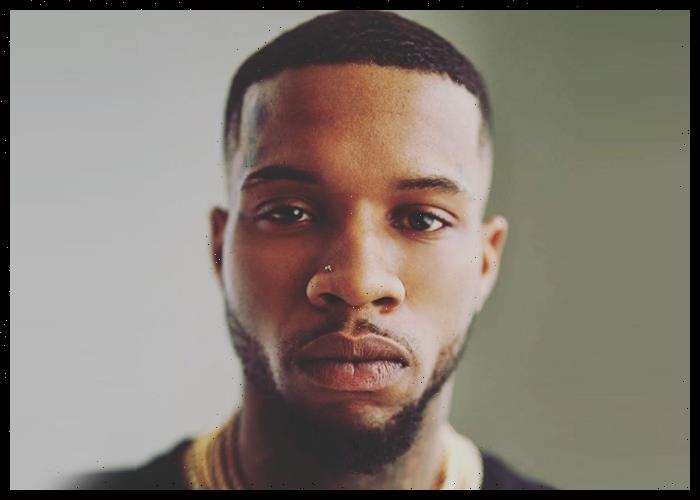 Rapper Tory Lanez has been placed on electronic monitoring and house arrest as he awaits trial on charges that he allegedly shot at fellow rapper Megan Thee Stallion.

Superior Court Judge David Herriford rejected the prosecution’s motion seeking to have the 30-year-old musician be taken into custody without bail.

The judge ordered the house arrest after determining that Lanez violated the conditions of his bail by allegedly assaulting August Alsina in Chicago last month. Lanez is not currently facing criminal charges in Illinois as a result of the alleged altercation.

Lanez, whose real name is Daystar Peterson, is accused of one count of assault with a firearm and another gun possession charge over the July 2020 incident, in which he allegedly shot Stallion during an argument after a pool party in the Hollywood Hills.

Stallion initially told police officers that she cut her foot stepping on broken glass, but days later revealed that she had suffered a gunshot wound. She then accused Lanez through Instagram in August that year.

During a hearing in December 2021, a police detective testified that Stallion had told him that Lanez yelled “Dance, bitch!” as he opened fire around her feet.