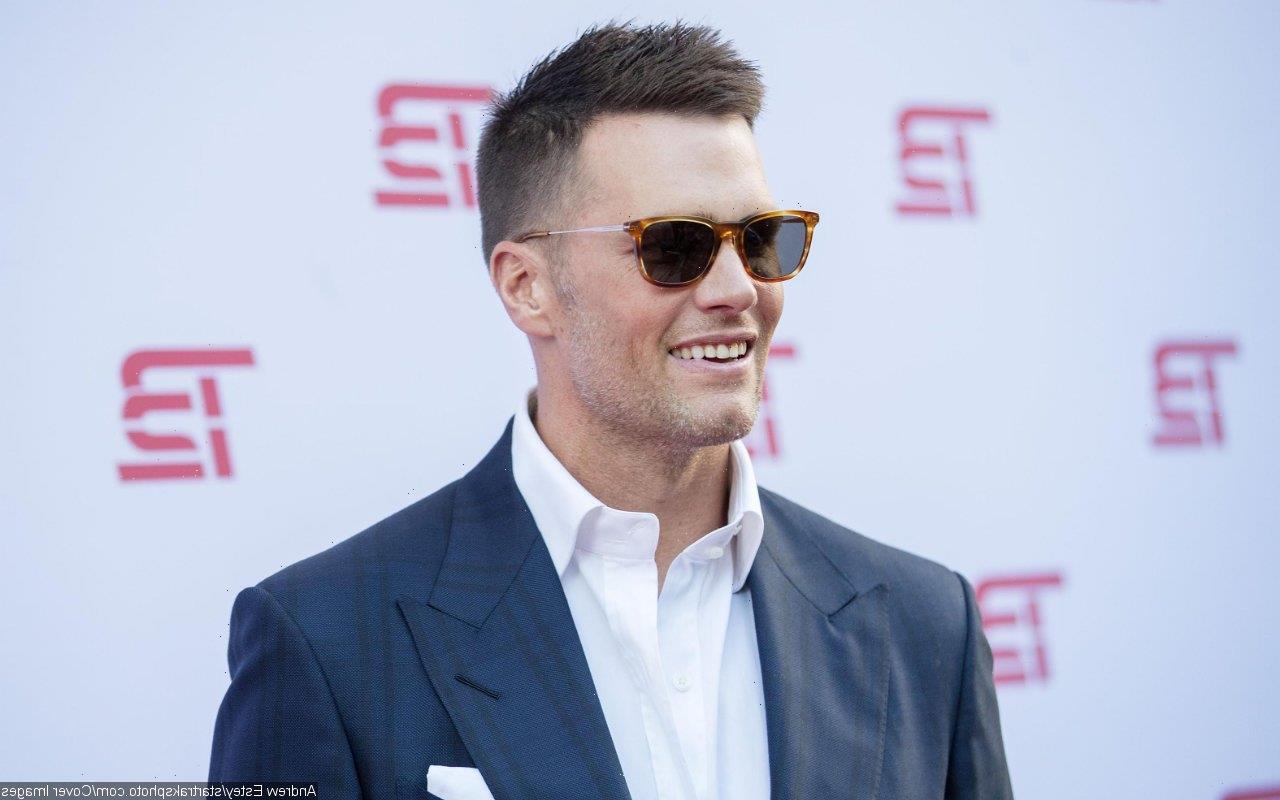 The Tampa Bay Buccaneers quarterback details reasons behind his desire to host the Emmy-winning NBC show again in the latest episode of his SiriusXM podcast ‘Let’s Go!’.

AceShowbiz –Tom Brady apparently wants to have more appearances on “Saturday Night Live“. A little over a week after finalizing his divorce from Gisele Bundchen, the seven-time Super Bowl champion shared his desire to host the Emmy-winning show again.

In the Tuesday, November 8 episode of his SiriusXM show “Let’s Go!”, the NFL star told Kenan Thompson, the longest-running cast member of the NBC sketch show, that retired Hall of Famer Peyton Manning did a better job hosting than he did. “Peyton, I think went on after me,” the footballer said of his original hosting gig in 2005, “And he actually did better than me.”

“So, at some point, I have to go in and try to redeem myself, you know, I got to get my last licks,” Tom went on to stress. The Tampa Bay Buccaneers quarterback further reasoned, ” ‘Cause Peyton was great.” Kenan then said of Peyton, “He murdered it.” Peyton hosted the show in 2007 but recently made a cameo in early 2022.

Elsewhere during the podcast, Tom also reflected on how “SNL” creator and producer Lorne Michaels has a personality reminiscent of his old football coach of 20 years, Bill Belichick. “I remember when we did ‘Saturday Night Live’ together and we did all the skits on that pre-show and then afterwards we went up to Lorne’s office and everyone was just on the floor, and he’s a lot like Belichick,” the 45-year-old athlete shared.

“You know, he was eating his popcorn or whatever the hell he was eating, and he was like, ‘No, scratch that,’ and ‘Not that, and not that,’ ” Tom explained further. “And I’m sitting there like, ‘Man, we go on in 10 minutes!’ “

Tom’s “SNL” hosting desire revelation came less than two weeks after he finalized his divorce from his wife of 13 years Gisele. The now-exes settled the proceeding just hours after Gisele filed it, thanks to the “ironclad prenup” they signed a few years prior.

According to reports, the pair “haven’t had the same goal” for their marriage but do have the same goal when it comes to their children. A source noted that Gisele is “grateful” for the years she has spent with Tom. “Gisele couldn’t be prouder of her kids. She tries to stay in a positive place. She is grateful for all the years with Tom. She is ready for a new chapter now though,” added the so-called insider.

Earlier this month, it’s unveiled that the now-exes agreed to have joint custody of their kids. A source told PEOPLE that will allow their children to have “full access” to both parents. “They can see whichever parent they want. They’ve got a schedule, but neither of them would prevent their kids from seeing the other parent. The kids adore them both, and they’ll have full access to both, whenever they want. They’re not vindictive like that,” said the informant.