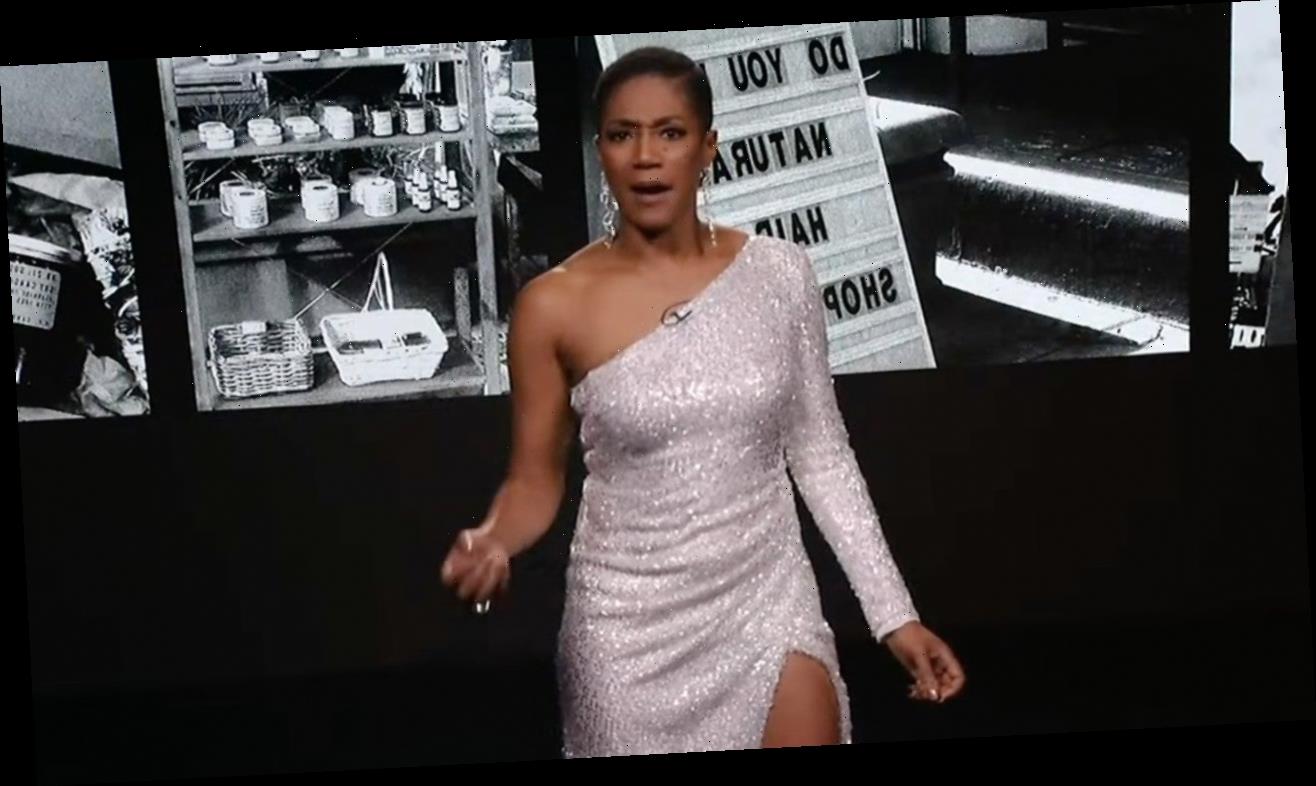 Haddish looked incredible in a one-shoulder silver gown, but people online were quick to point out the numerous live stream flubs with Haddish struggling with her lines and opening up about miscommunications from the production team of the show.

As she was preparing to introduce singer H.E.R. about halfway through the show, Haddish looked visibly confused before shouting, “What the f**k does ‘vamp’ mean, yo?” with no bleep over her cursing. Producers were presumably asking the comedian to stall as they needed more time to get the performer set up.

“Now they asked me to vamp. I don’t know what vamp means,” Haddish continued. “To me, vamp means be a vampire or ‘vamperate’ like slowly disappear and/or elaborate? Maybe that’s the word they should have used. Elaborate. But let’s continue on, you guys.”

Tiffany Haddish has been MALFUNCTIONING on this Verizon stream wtf is going on?! pic.twitter.com/oZS9a9329k

She then went on and introduced H.E.R. before the production was ready, leading to an awkward silence as Haddish stood staring into the camera.

“Y’all gotta communicate with me in proper English,” Haddish said as the live stream continued. “They in my ear, I’m gonna keep it 100 with y’all. They told me to be more cool. What the f**k does that mean? I’m the coolest!”

Finally they were ready and Haddish introduced H.E.R. for a second time.

She later shared, “What they just told me in my ear is, that I’m about to do a 15-minute standup set that I’m not prepared for. I was nowhere in the realm of thinking I was doing a 15-minute set. I’m here to host.”

Viewers took to Twitter reacting to Haddish’s hosting gig with mixed responses. Some found the exchanges to be hilarious while others weren’t impressed by the gaffs.

#BigConcertSmallBiz the music acts were great ….#tiffanyhaddish and the hosting production was a train wreck! Not funny at all. pic.twitter.com/jOeWODRBdp

This is the most I have EVER laughed with Tiffany Haddish 🤣🤣🤣 https://t.co/WqMnyKsc3i

When you dropped the f-bomb I choked & my drink nearly came out of my nose. Best part of the nite.

And screw them for asking you to VAMP. How old was the person who wrote that? It's antiquated&many your age wouldn't know what it means.

Some of your blindly loyal fans 🙄

You bombed. Producers made mistakes, including delays and hiring you, and you were unready and unqualified. Many of us cringed and complained throughout. Apologize and do better (in a role not much like that).

Haddish seemingly responded to the online reactions, tweeting after the show, “I just want to say that was one of the funnest, hardest things I have ever done. Thank you @Verizon for letting me be apart of something so Great #BigConcertSmallBiz I am always supportive of the small businesses in my community!”

I just want to say that was one of the funnest hardest things I have ever done. Thank you @Verizon for letting me be apart of something so Great #BigConcertSmallBiz I am always supportive of the small businesses in my community!