Eugenie, 28, stunned in a long-sleeve wedding gown and an emerald tiara, which she borrowed from Queen Elizabeth II. Jack, for his part, looked dapper in a suit and arrived at the church wearing his glasses, but took them off right before the ceremony began. 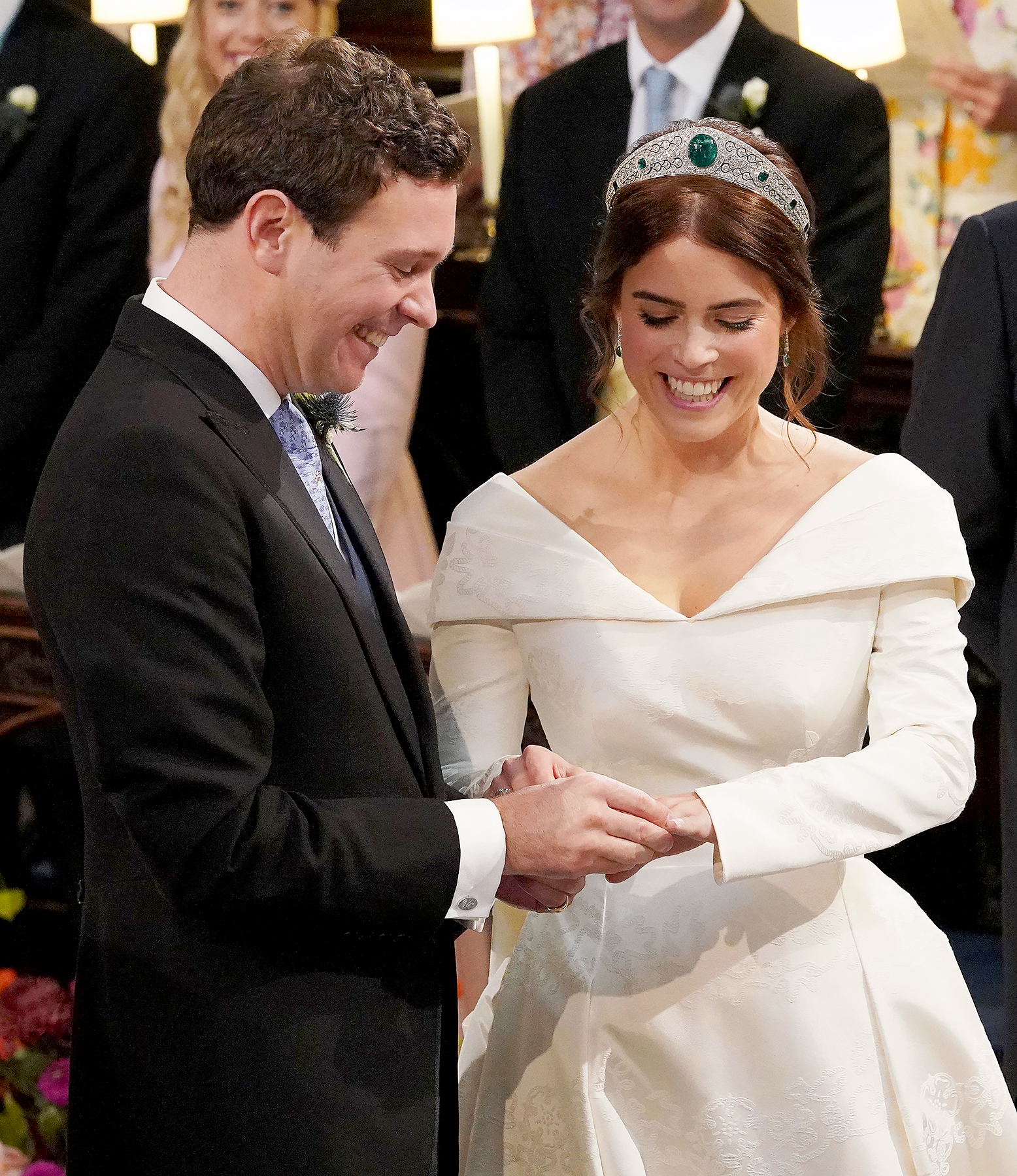 The princess and her groom tied the knot at the same location her cousin Prince Harry and Duchess Meghan wed in May. The Duke and Duchess of Sussex attended the nuptials on Friday.

Eugenie’s mother, Sarah “Fergie” Ferguson, Duchess of York and father, Prince Andrew, Duke of York, looked on with pride as their daughter exchanged her wedding vows.

Eugenie and Brooksbank met when she was attending Newcastle University. The couple, who have been dating for eight years, announced their engagement in January.

“The Duke and Duchess of York are delighted to announce the engagement of Princess Eugenie to Mr. Jack Brooksbank,” Sarah and Andrew, said in a statement at the time. “Her Royal Highness and Mr. Brooksbank became engaged in Nicaragua earlier this month.”

Next post Who are Mary Killen and Giles Wood on Gogglebox? Meet the 'nutty' couple from Wiltshire starring in the Channel 4 show