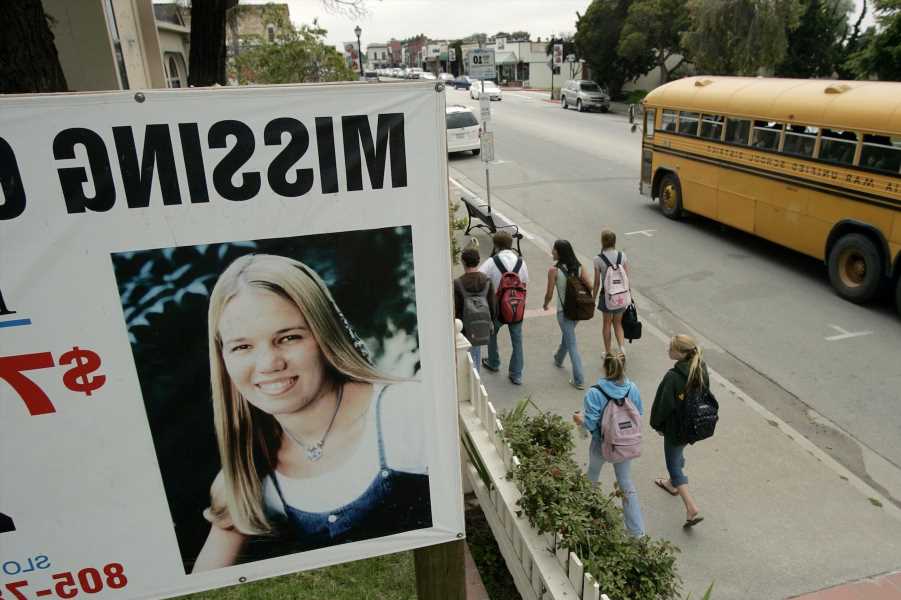 Nineteen-year-old Cal Poly student Kristin Smart went missing after a campus party 25 years ago, and, this summer, her case is finally getting its day in court. In April, Paul Flores, 44, was arrested on one count of murder in connection to the case, and his father, Ruben Flores, 80, was arrested as an accessory after the fact.

The younger Flores has long been the only person of interest in Smart’s disappearance; she was last seen on May 25th, 1996, after attending a party near campus. After apparently becoming intoxicated, Smart headed back to her dorm with fellow partiers Tim Davis and Cheryl Anderson. Flores, who had been seen with Smart earlier in the evening — he attempted to flirt with her and apparently fell on her at one point, according to witnesses — joined the group and allegedly accompanied Smart home. She was never seen again and her body has not been located.

Was Jeffrey Epstein a Spy?

The search for Smart did not begin until a week after her disappearance, as campus police refused to take a missing person’s report from a dorm mate; the hunt only began in earnest after the student called the police and the Smart family.

Flores was first interviewed by Cal Poly police investigators near the end of May 1996, according to The San Luis Obispo Tribune and the Cal Poly police didn’t search his room until June 10th. By then, the semester was over and the room had been cleaned out. The county sheriff’s office searched his room once more during the weekend of June 29th, when a team of cadaver dogs signaled the smell of human decay.

Flores and his parents have always maintained that he had nothing to do with Smart’s disappearance. Paul invoked the Fifth Amendment when the DA’s office subpoenaed him to testify before a grand jury in 1996 and after the Smarts filed a $40 million wrongful-death lawsuit against him; during a 1997 deposition, he again pleaded the Fifth. Smart was declared dead in 2002.

The case recently reentered the public eye with the 2019 launch of the popular true-crime podcast, Your Own Backyard, hosted by musician Chris Lambert, who has spent his life haunted by a missing person’s billboard featuring Smart’s face. “True crime podcasting is not something that particularly captivated me,” Lambert told Rolling Stone last year. “But it was a local story and the thing that stood out to me is that nobody was talking about it anymore. I didn’t understand why. How are we not all talking about this every day until she’s found?”

After Paul and Ruben’s arrests, Sheriff Ian Parkinson revealed that Lambert’s podcast helped move the investigation forward. “What Chris did was take a local story and turn it into an international story. … It did produce some information that I believe was valuable,” he said.

Denise Smart, Kristin’s mother, has also praised the show. “We feel like the stars aligned when the podcast aired,” she told Rolling Stone. “It encouraged the previously reluctant to come forward.… This obviously gave law enforcement new leads to follow and connect with what they already were holding close.”

Prior to the arrests, in February 2020, Flores’ home, his parents’ home, and his sister’s home were searched by police. They seized digital devices during the search and, in April 2020, executed another search on Paul Flores’ property in San Pedro.

Below, Rolling Stone outlines where the Smart case is now:

San Luis Obispo District Attorney Dan Dow announces charges against Paul Flores and his father Ruben in connection with what he calls the 1996 “homicide” of Cal Poly student Kristin Smart.

“These charges mark a major milestone,” Dow says in a statement. “Today, we make the first move toward bringing justice to Kristin, her family, and the people of San Luis Obispo County.”

Paul Flores isn’t granted bail, with Judge Craig B. Van Rooyen saying that his release could result in “great bodily harm” to the public. Ruben will be released on bail that he can afford.

“There’s no evidence of a sex crime in the charged crime (the murder case) itself,” van Rooyen says. “Proof of the L.A. charges can’t act as a substitute … for the SLO case.”

Previously sealed documents related to the case become available to the public that explain the rape charges Peurelle attempted to add against Paul Flores. The unsealed documents include two claims from 2011 and 2017 that Flores raped two women while they were drunk in San Pedro. It also expounds on several other alleged rapes as well as unwanted sexual advances.

In addition, the documents include a phone tap from January 2020 in which Paul’s mother, Susan, tells her son: “The other thing I need you to do is to start listening to the podcast. I need you to listen to everything they say so we can punch holes in it. Um, wherever we can punch holes. Maybe we can’t. You, you’re the one that can tell me,” a reference to Lambert’s Your Own Backyard, the podcast about Smart and Flores that has brought new attention to the case.

A preliminary hearing is set for August 2nd. This will be the first time that the court will hear details about the investigation into Smart’s disappearance.