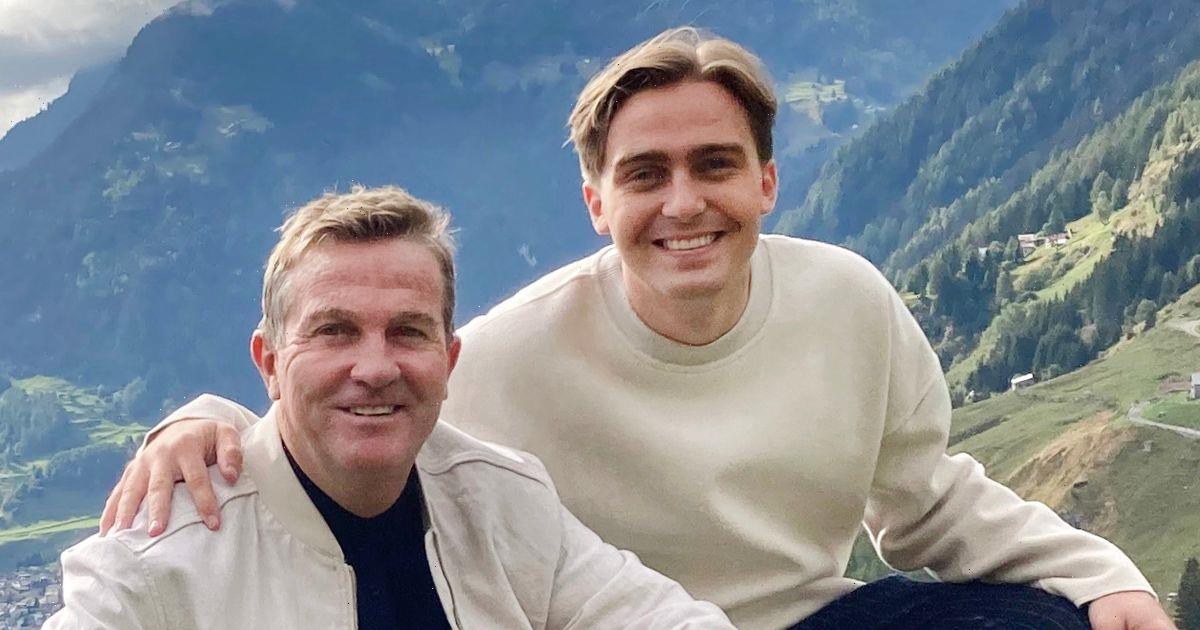 Bradley Walsh is taking his family to work with him once again, as it’s been announced his son Barney will star with him in the forthcoming reboot of The Darling Buds of May.

It’s not the first time the father-son duo have worked together – Barney previously starred alongside his dad on three series of ITV travel show Bradley Walsh & Son: Breaking Dad.

An insider told The Sun: “Their adventures gained around 5million viewers an episode, and producers hope to bring some of that audience to The Larkins.”

The Darling Buds of May is an English comedy drama series, based on the book of the same name by English author H. E. Bates, written in 1958.

More modern audiences will remember the 1990s TV adaptation though, which starred David Jason as father Pop Larkin, the role Bradley Walsh is playing in this new reboot.

She’s picking up the role of Mariette Larkin, the role which made a young Catherine Zeta-Jones famous when she played opposite David Jason in the 1990s version of the show.

The Thick Of It’s Joanna Scanlan will play opposite Bradley as Pop’s wife, Ma.

“Pairing Bradley and Barney adds to the growing anticipation for this reinvention of a show which holds a special place in the hearts of a generation of viewers,” the insider added.

The original Darling Buds of May ran between 1991 and 1993 and was a hugely successful ratings hit.

Set in the 1950s on a farm in rural Kent, the show followed the lives of the Larkin family and their six children, especially father Pop, who found underhand ways to generate extra income for his farm.

Photos from the set recently revealed The Chase star Bradley Walsh dressed sharply in a tweed jacket and green tie.

TV commissioners are clearly loving the father-son formula at the moment.

Jack Whitehall: Travels with My Father on Netflix sees the comedian and his father travel the world, and Roman Kemp and his father, Martin Kemp from Spandau Ballet, host their own entertainment show, Martin and Roman’s Weekend Best, on ITV.

But it’s not only the boys: Love Island’s Dani Dyer will also shortly be appearing in a cameo role in Eastenders, picking up her real-life father Danny Dyer, who plays Mick Carter on the soap.

As for Bradley, he’s riding a wave at the moment: he was recently nominated for his first ever Bafta award after 12 years hosting Beat The Chasers, and he’s soon to host a reboot of iconic BBC family quiz show Blankety Blank, which ran from 1979 to 1990.