Leave it to Meghan Markle to shake things up. Since marrying Prince Harry in May 2018, Meghan has been anything but your average royal. For starters, she’s an United States citizen, and as the first member of the royal family to be mixed-race and divorced, she’s faced her fair share of critics. That hasn’t stopped Markle from being vocal about causes she cares about in spite of the backlash she may receive, and, thankfully, there’s a number of people who have her back. The celebrities defending Meghan Markle from criticism for getting political are internet heroes.

Generally speaking, members of the British royal family historically do not vote in elections and are expected to remain neutral in political conversations. Despite the longstanding royal protocol, Meghan has boldly voiced her opinions time and time again.

On Aug. 22, Meghan was a participant in a virtual voting registration event for Michelle Obama’s When We All Vote organization, which aims to increase voter registration and participation. During the meeting, Meghan delivered a passionate message urging viewers to vote.

"When I think about voting and why this is so exceptionally important for all of us, I would frame it as, we vote to honor those who came before us, and to protect those who will come after us. Because that’s what community is all about. And that’s specifically what this election is all about. I think we’re only 75 days away from election day. That is so very close, and yet there is so much work to be done in that amount of time," she said.

"We all know what’s at stake this year," she continued. "I know it. And all of you certainly know it if you’re here on this fun event with this, then you’re all just as mobilized and just as energized to see the change that we all need and deserve."

Unsurprisingly, the speech brought Meghan’s critics out in full force, but these celebrities all jumped to her defense at lightning speed. 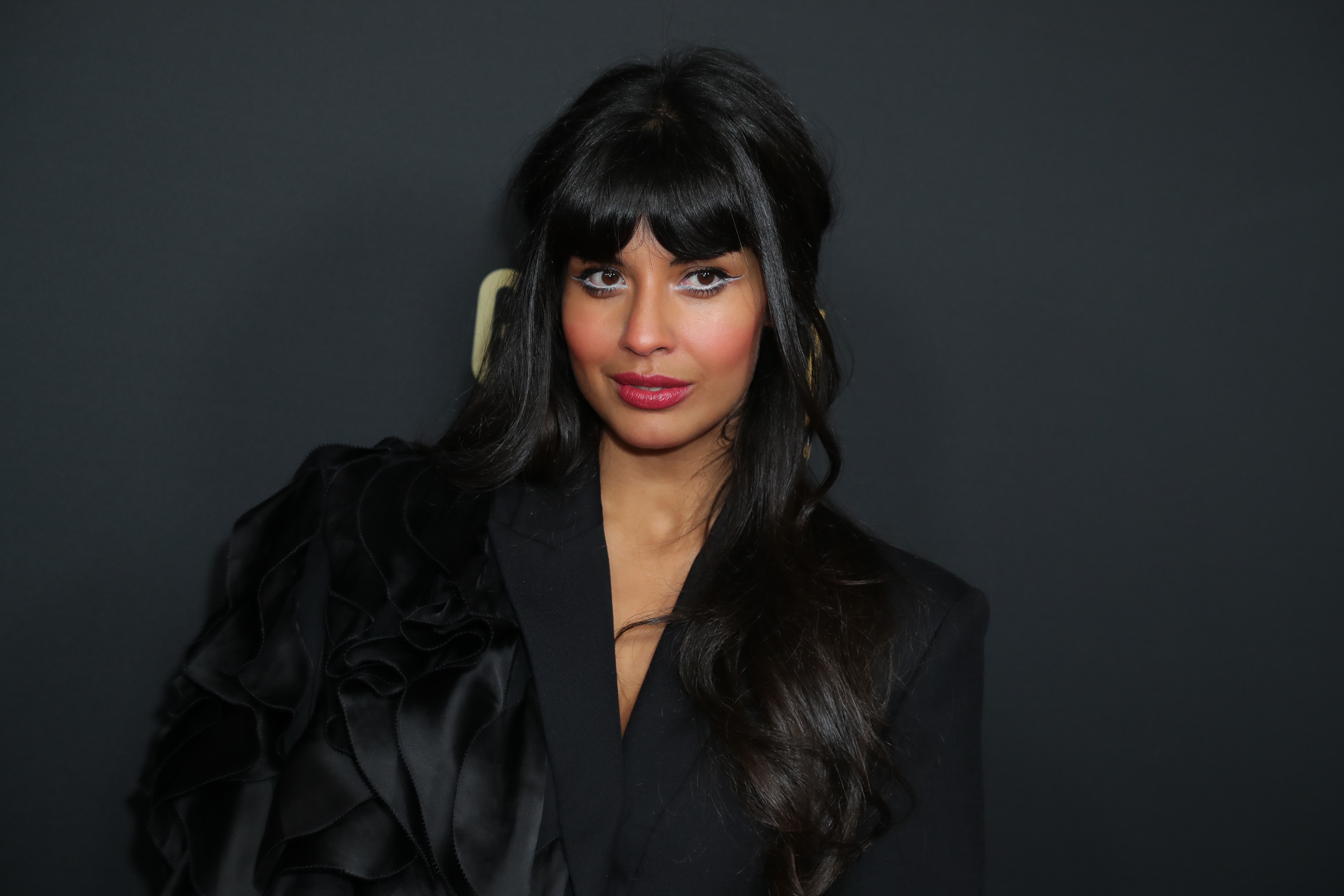 When The Sun’s Executive Editor Dan Wootton tweeted about Meghan’s speech calling it “completely inappropriate," Jamil didn’t let the comment slide. Instead, she pointed out how perhaps Wootton should be more concerned with the recent allegations surrounding Prince Andrew.

"I *THINK* they may be more embarrassed by their alleged resident pedo Andrew who was besties with a sex trafficker, than an American supporting women voting in her own country, and loosely referencing the importance of general democracy which is being threatened here currently," Jamil tweeted on Aug. 22.

The actress also separately responded to a fan who asked why people "hate" on Meghan so much.

"Because she’s not white," she said. "And because she’s smart, strong, opinionated, rebellious, beautiful, happy and has everything they never will. She’s a terrifying threat to patriarchy because she doesn’t fit the stereotype for women. They discredit her because they can’t kill her."

Midler had a short but spitfire response to political commentator Piers Morgan after he attacked Meghan for her political comments. After Morgan said Meghan deserved to be stripped of her royal title, Midler shot back, "Oh, f*ck off."

Derry Girls star Nicola Coughlan chimed in to the conversation as well. “If you are fumin about Meghan Markle having political opinions may I suggest you don’t google ‘King Edward & Hitler’ cos u’d be fumin hun," she tweeted.

Scobie, well-known for penning Finding Freedom, a biography about Meghan and Prince Harry’s lives, also defended the Duchess on Twitter.

“Would love to occasionally see the tears and energy these morons spend on a non-working royal used on Prince Andrew’s horrendous mess,” he wrote on Aug. 22. “Or is there nothing worse than a woman of colour with a voice?”

It might not be status quo for a Duchess to speak out about political matters, but, then again, Meghan has been using her voice for change since she was just a young child and nothing, not even marrying a prince, should change that.