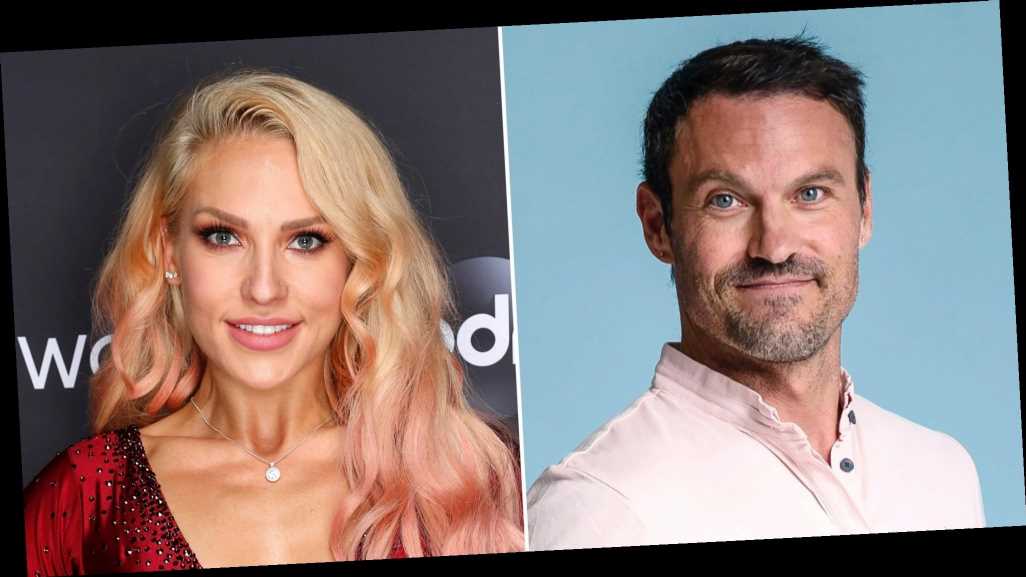 Talk about passion! Brian Austin Green and Sharna Burgess became Instagram official on Monday, January 11, when the Dancing With the Stars pro, 35, shared a PDA pic of the duo.

“Him,” she captioned the photo of her kissing the 47-year-old Beverly Hills, 90210 alum. She also added the lips emoji. It didn’t take long for her famous friends to react in the comments.

“Omg omg omg. I have no words,” former Dancing With the Stars pro Jenna Johnson wrote. Peta Murgatroyd added, “There they are,” with heart emojis. “LOVE you guys.”

The pair were first spotted together on Christmas Day jetting off to Hawaii for a vacation together.

“We had a great time. We had a really good time. Hawaii is an amazing place,” the Masked Dancer judge told Access Hollywood on Saturday, January 9. “It’s all going really well right now. It’s early on, so we don’t have any labels or anything, obviously, but we’re really enjoying each other’s company.”

Sharna Burgess’ Dating History: Every Man She’s Been Linked To

The California native also raved over the “amazing” Australia native. “She’s super responsible and she’s super sweet and caring, passionate, fun to be around, so I feel blessed right now,” he said, noting that they met via their shared manager. “She was like, ‘Hey, I’ve got a client that you should meet.’”

Although he wasn’t sure since he was still reeling from his split from Megan Fox, he “begrudgingly went” and the two hit it off.

In May 2020, the California native confirmed he and Fox, 34, had separated after 10 years of marriage. The pair share three sons, Noah, 8, Bodhi, 6, and Journey, 4. The Transformers star, who filed for divorce in November, has since moved on with Machine Gun Kelly.

Every ‘Dancing With the Stars’ Pro Through the Years: Where Are They Now?

Last month, Burgess confirmed to Us Weekly that she is off the market and seeing someone new. The Burn the Floor alum hinted that the person is famous and said that this romance “felt different” than her previous relationships.