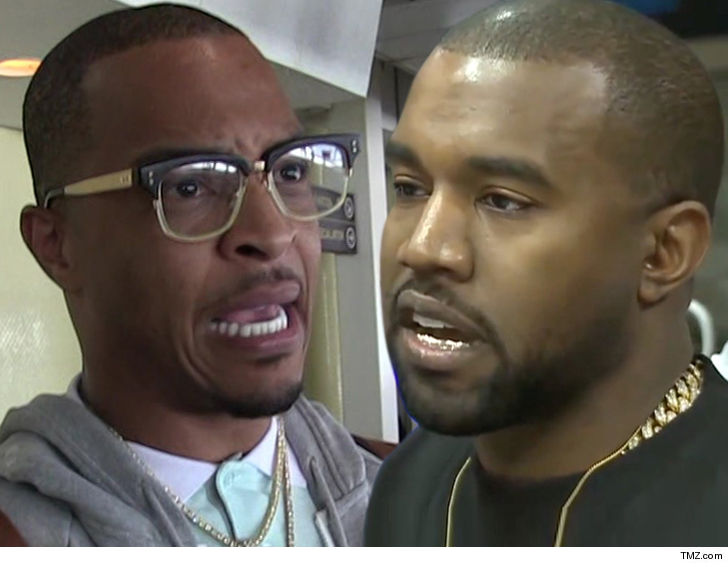 Tip unloaded on Ye, saying … “This s**t is next level,futuristic Sambo,Hopping Bob, Stephen off Django ass shit Ye!!!! From what I can gather… This is the most repulsive,disgraceful, Embarrassing act of desperation & auctioning off of one’s soul to gain power I’ve ever seen.”

He’s taking this very personally too … revealing Kanye actually asked him to join him at the White House on Thursday, but T.I. says he rejected the offer, and he’s damn glad he did. In a heated IG post he said, “You ass kissing and boot licking on a whole new level &I refuse to associate myself with something so vile,weak,& inconsiderate to the effect this has on the greater good of ALL OUR PEOPLE!!!!”

Remember, T.I. collabed with Kanye for the track “Ye vs. the People” — but he’s making it clear that won’t happen again. “At one time it was a pleasure to work alongside you… now, I’m ashamed to have ever been associated with you.”

Bottom line for Tip is he feels like Kanye is only looking out for himself — putting himself in a position of power next to Trump. He included this plea — “Don’t follow this puppet. Because as long as I’ve lived I’ve learned that it benefits a man nothing at all to gain the world,if to do so he must lose his soul. We just saw Mr.West’s Soul on auction.”

2:02 PM PT — 50 Cent’s putting in his 2 cents, and while the image he posted might seem like a comical take on Kanye’s White House visit … his caption is clearly critical.

Fiddy included this faux quote from Ye — “You make me feel like Superman, Obama said l was a idiot f**k these n***as lm wit you Master.”

You make me feel like Superman, Obama said l was a idiot fuck these niggas lm wit you Master. LOL🤨get the strap