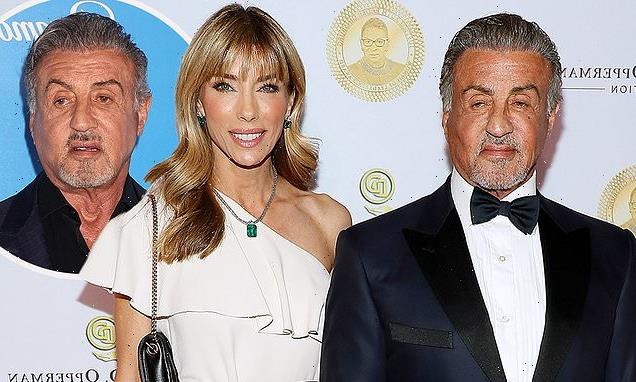 Sylvester Stallone is moving ahead with his divorce from his estranged wife Jennifer Flavin.

The 76-year-old Rambo star is currently ironing out the details on a settlement with the 54-year-old former model, but legal documents obtained by TMZ revealed that Stallone has no prenuptial agreement in place to protect his massive $400 million fortune.

Signs of trouble in their marriage started after DailyMail.com exclusively revealed last month that Stallone had a giant tattoo of Jennifer on his right bicep covered up with a picture of Butkus, Rocky’s bull mastiff from the hit movies. 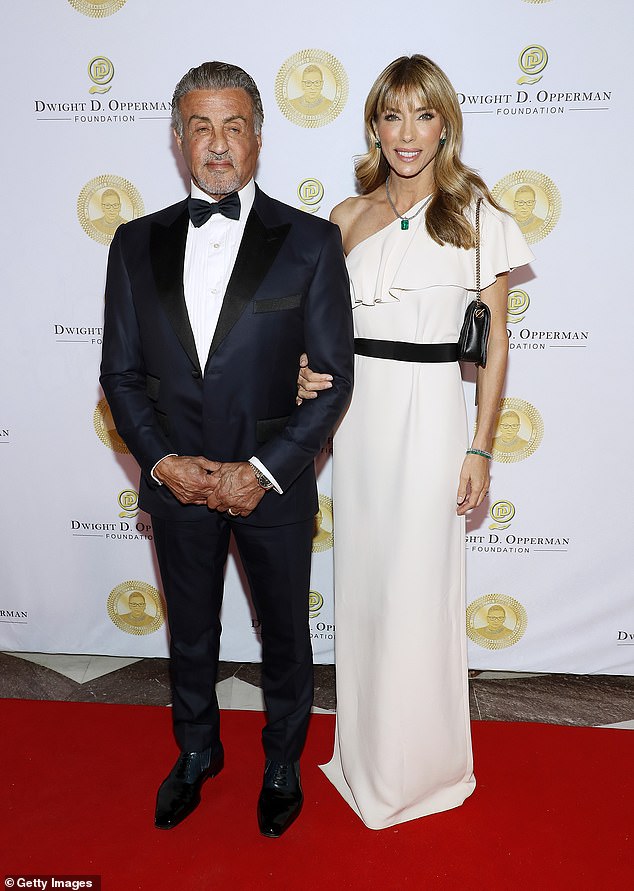 Wrapping it up: Sylvester Stallone, 76, and his estranged wife Jennifer Flavin, 54, are ironing out the details on a divorce settlement, TMZ reported on Thursday; seen in March in Washington, D.C.

The former couple have reportedly put court proceedings on the back burner as they negotiate the deals of their divorce.

According to the documents, both parties have requested an abatement, which means that any court filings in their divorce have been paused.

However, sources connected to the case, which is being carried out in Florida, note that the divorce is still proceeding.

The new tactic is apparently an attempt to keep their negotiations more private than if they were being hashed out in court. 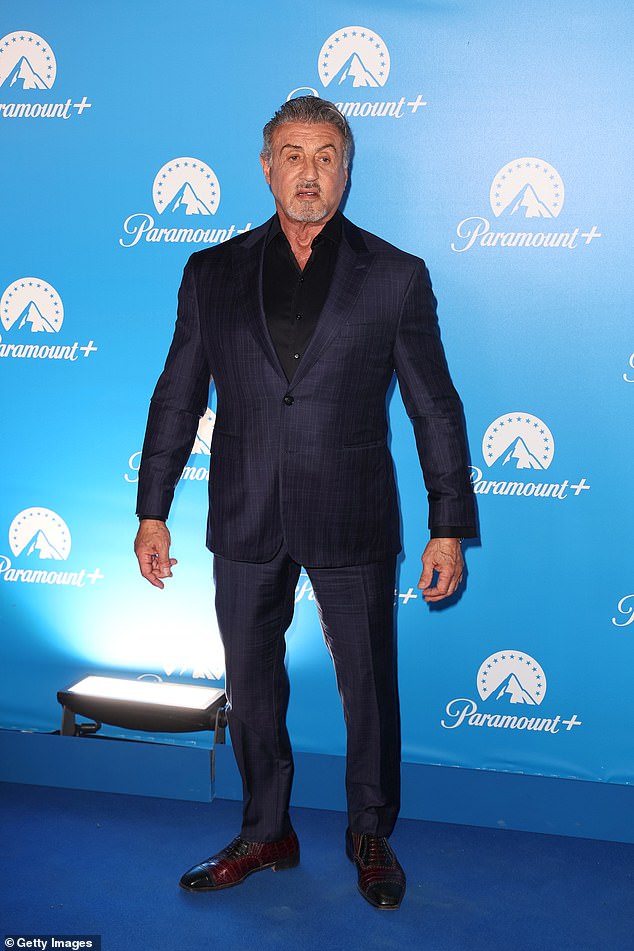 Money on the line: But the Rocky star doesn’t have a prenup in place, meaning that his $400 million fortune isn’t protected from the divorce proceedings; seen September 14 in Rome 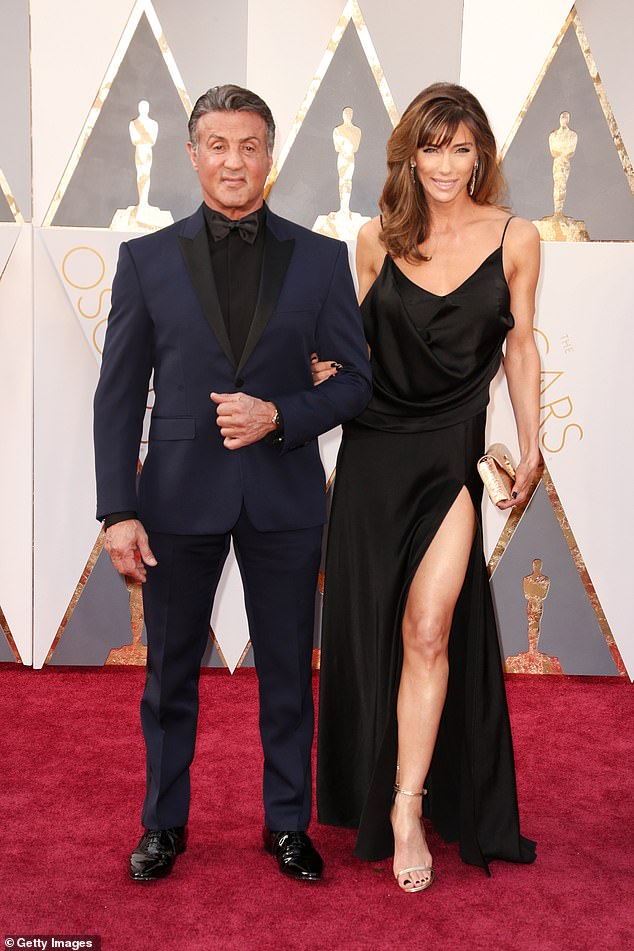 Moving fast: Stallone and Flavin likely do not have a prenuptial agreement because of the rushed nature of their 1997 courthouse wedding; seen in 2016 in Hollywood

According to the orders of abatement, ‘The Parties agree that is in the best interests of each of them individually, and more importantly collectively as a family, to resolve all issues attendant to the dissolution of their marriage in a dignified, amicable, and private manner out-of-court.’

Stallone and Flavin likely do not have a prenuptial agreement because of the rushed nature of their 1997 courthouse wedding.

Jennifer has plenty of money of her own from her modeling career and her Serious Skincare cosmetics line, but the Cop Land star may still have to fork over a large portion of his $400 million fortune due to the lack of an existing agreement about divvying it up. 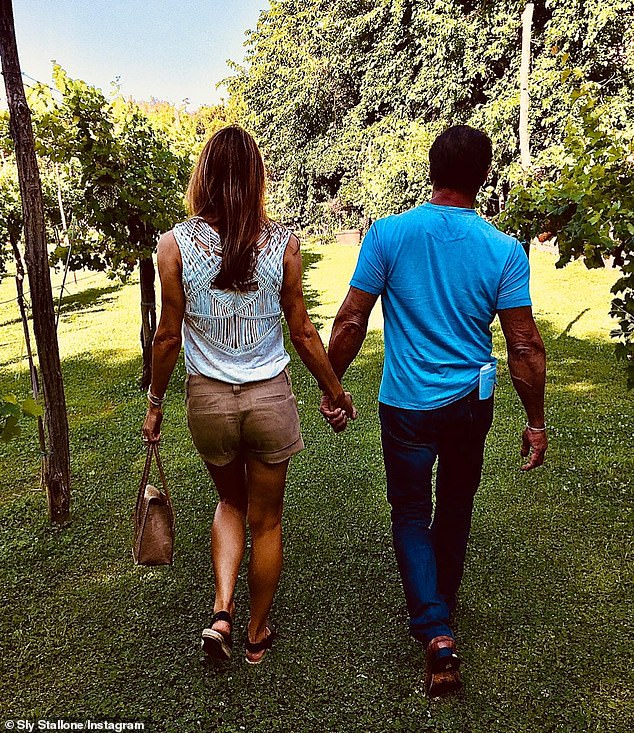 ‘Wonderful….’: Although the divorce is moving forward, that news arrives just days after Stallone left his fans wondering if a reconciliation with Flavin might be in the cards with a post of the two walking together hand in hand 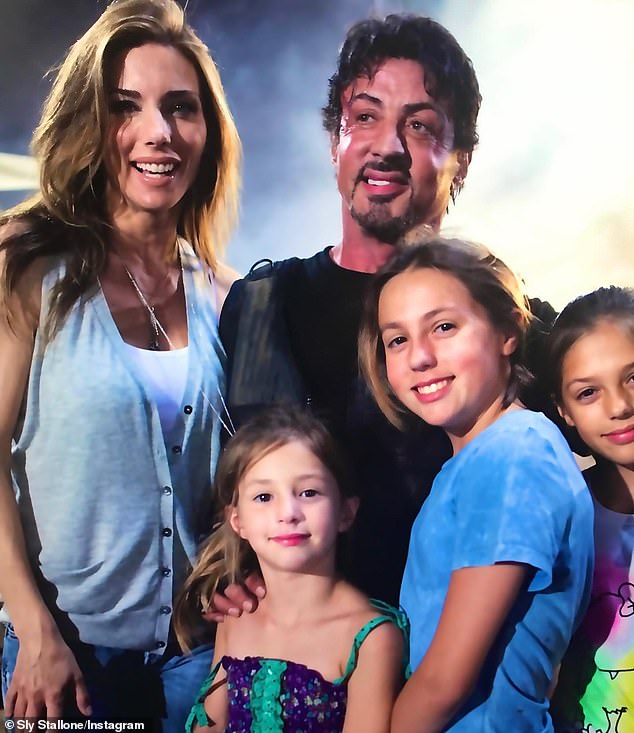 Happier times: The Philadelphia native also shared a throwback image of himself and Jennifer smiling with their three daughters who were grade school aged at the time

Although the divorce is reportedly moving forward, that news arrives just days after Stallone left his fans wondering if a reconciliation with Flavin might be in the cards.

On Monday, he shared a photo of himself and his estranged wife from behind as they took a stroll in nature.

A second photo showed the two beaming while posing with their children, who were all grade school aged at the time. 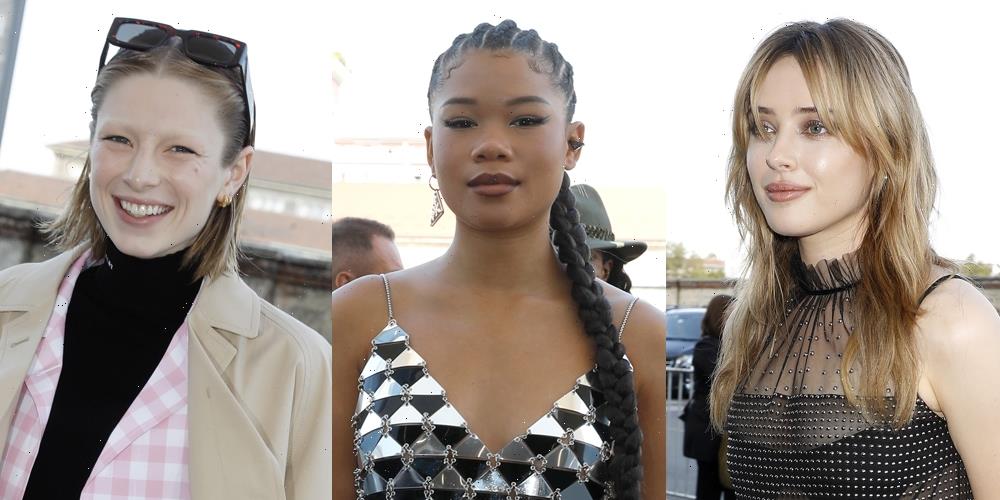 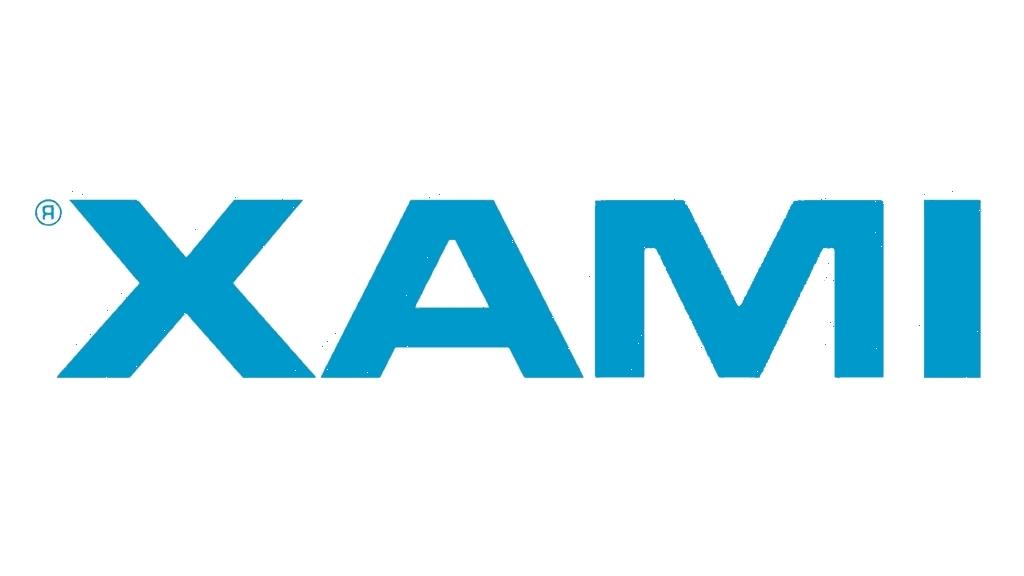