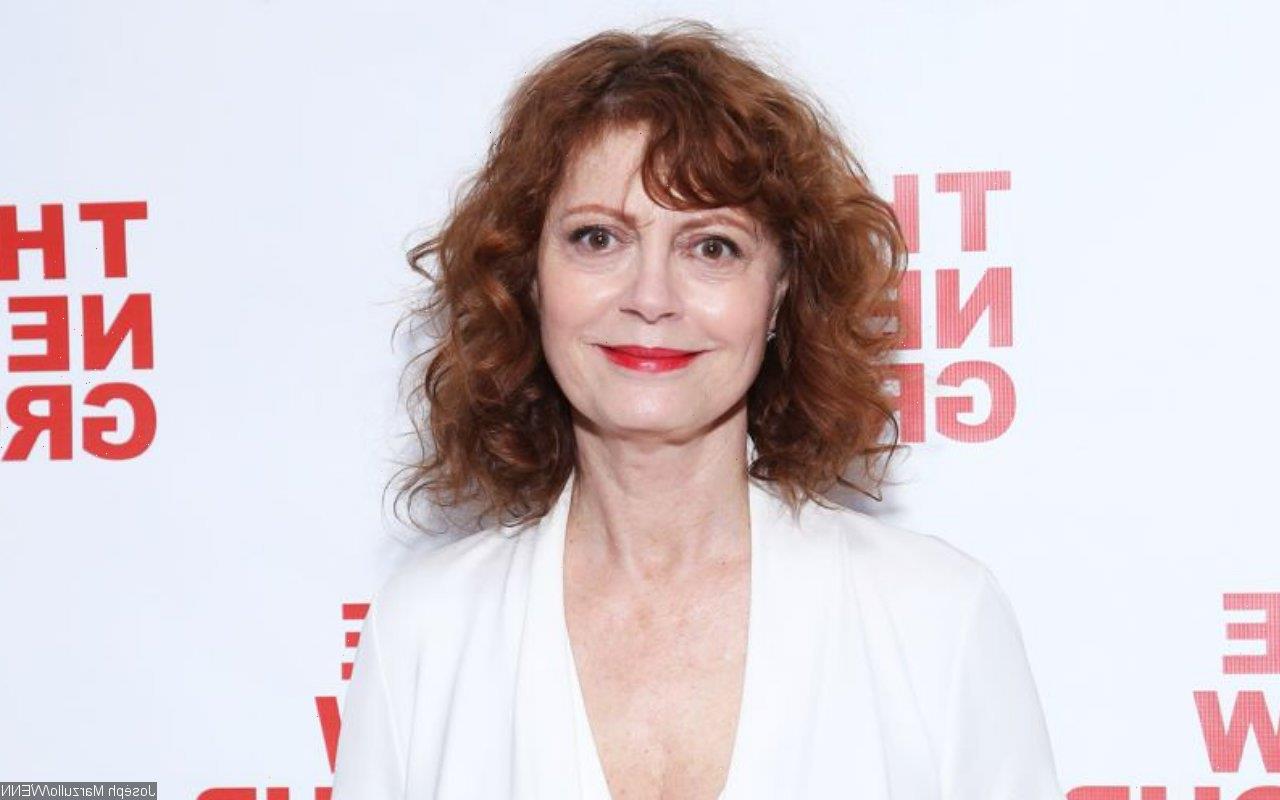 The ‘Thelma and Louise’ actress, who has been an outspoken critic of police brutality, is slammed by law enforcement and other Twitter users over her anti-cop post.

AceShowbiz –Susan Sarandon‘s eyebrow-raising social media post has landed her in hot water. The acting veteran has received backlash after sharing a tweet which compared police at a funeral to “fascists.”

The original tweet came with a caption that read, “I’m gonna tell my kids this is what fascism looks like.” Susan reposted the tweet on Tuesday, February 1, adding over it, “So, if all these cops weren’t needed for CRIME that day, doesn’t that mean they aren’t needed ANY day?” 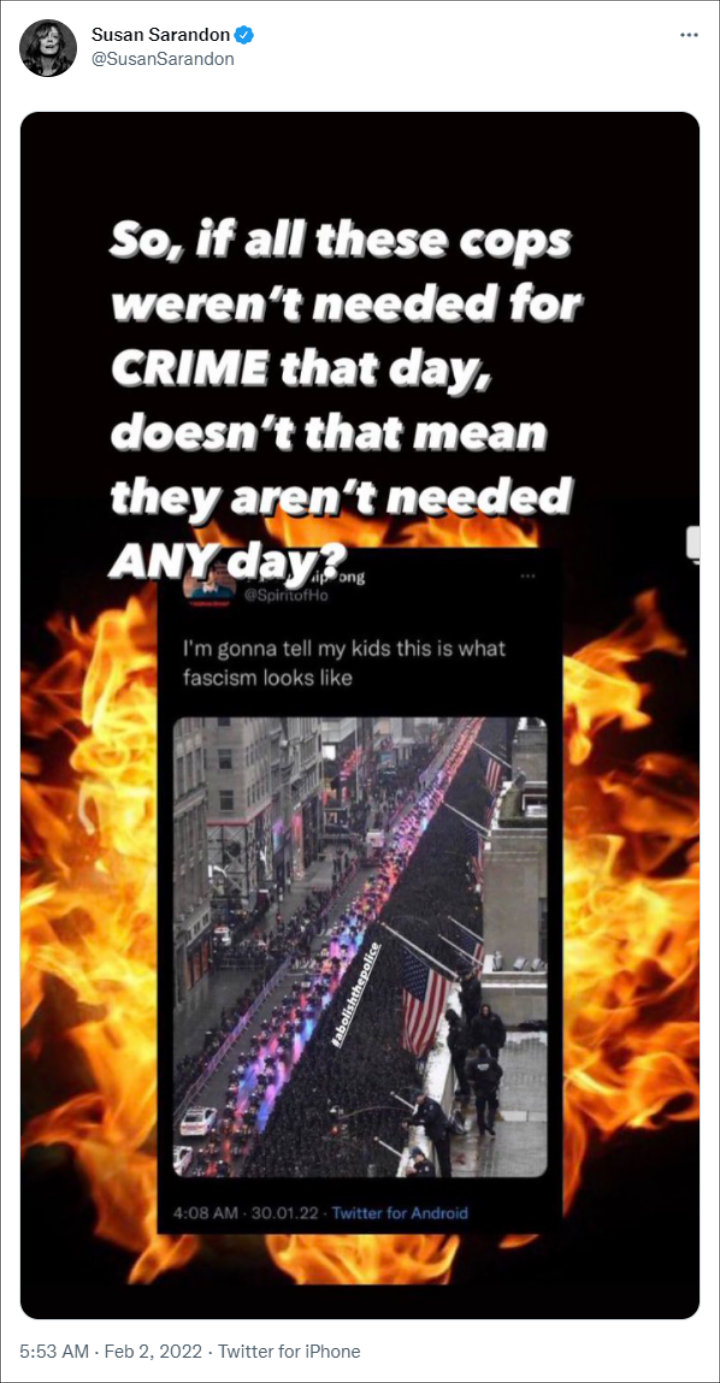 Susan, who has been an outspoken critic of police brutality, has since been slammed over her anti-cop tweet.

The Police Benevolent Association of the City of New York tweeted on Thursday, “This is what privilege looks like: a wealthy actress, safe in her bubble, mocking heroes & making light of the crisis that cops are battling alongside our communities. NYC is uniting to stop the violence – @SusanSarandon is living on a different planet.”

Retired Los Angeles homicide detective Sal LaBarbera reprimanded the 75-year-old actress, “You seriously need help. Let’s hope you never need us.” Retired NYPD Detective Angel L Maysonet chimed in, “There are 35K #NYPD cops in NYC. This is 3 hours. Many off duty, other agencies, representing over 850K sworn LEOs in this country. Shame on you @SusanSarandon 2 young Dominican cops were killed & you spread anti police rhetoric. You’re a disgusting person.”

The National Fraternal Order of Police called Susan a “D-list actor” as it tweeted, “Of all the days for @SusanSarandon to share her true feelings towards police, she picks the day we bury our fallen brother to make such inflammatory & brainless comments. When you spend more time hating on cops than you do your own career, it’s no wonder why you’re a D-list actor.”

New York Republican gubernatorial candidate Lee Zeldin also weighed in, writing, “Congratulations, Susan Sarandon! You’re now the poster child of an angry, woke, liberal, pro-criminal, anti-law and order jerk. There are other more fitting titles, but it only gets more vulgar from here.”

“So totally offensive in SO many ways. PLEASE feel free to NEVER call 911—EVER,” another Twitter user commented. One other said, “Unfortunately, most of us cannot afford gated communities or hilltop mansions with state of the art security in Stamford like you Susan. We need and appreciate the officers that keep us safe.”

Someone else added, “OMG are you serious? This is a funeral for a fallen Police Officer who was killed in the line of duty. His brothers and sisters on their day off came to pay their respects. My God you have some serious issues, please seek professional help.”

Susan has not responded to the criticism. She has previously taken part in Black Lives Matter protests and criticized the NYPD over its handle of protesters during the George Floyd protests in 2020.