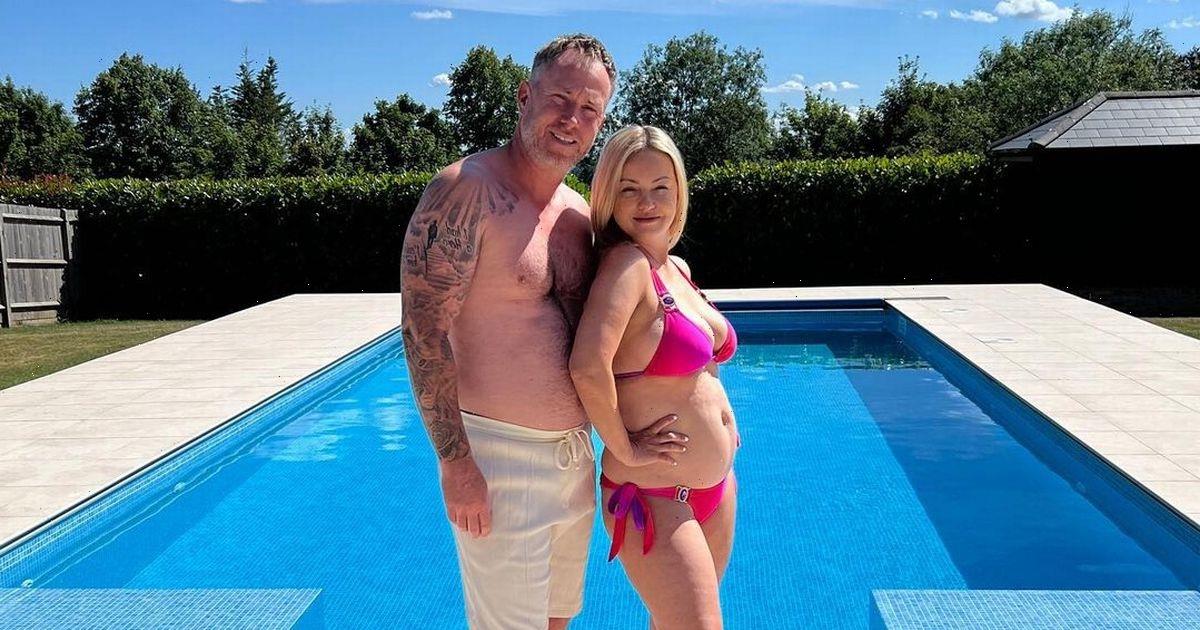 Former Strictly Come Dancing professional James Jordan has defended comments he made earlier this year about how he preferred wife Ola when she was three stone lighter.

James, 44, controversially said in August: "Sex is definitely not better with the mum and dad bods, I can't throw her about any more like I am used to doing. I will say I prefer Ola smaller. Of course, I still love her and fancy her."

His comments raised more than a few eyebrows, with many people criticising the former dancer. Now, ex-dancer James has defended his comments, arguing that he's just being honest.

The dad-of-one said: "Hang on one second, you're not allowed to be honest today in this world."

He told Express.co.uk: "There's no man, let me tell you ladies out there, there's no man in the world who will say, 'Oh no, I much prefer my wife being much bigger and heavier'. There's no man, they don't exist.

"They might tell you, 'Oh you look lovely darling' but would they prefer you slimmer? Yes they would. That's just a fact, I'm just telling you that every single man 100 per cent feels that way."

He then added that he doesn't mind looking like the "bad guy" for making these comments.

In July, 40 year old Ola posted a picture of her and her husband on Instagram and in the caption, she discussed how they'd both developed "mum and dad" bods, which they were trying to change.

The snap showed Ola wearing a hot pink bikini and leaning against her husband of 19 years as the pair stood in front of a swimming pool.

She captioned the snap: "Hi guys I wasn't going to post this picture but I've decided to because I'm horrified and so disappointed with myself and by posting it I'm hoping it will help motivate me to do something about it.

"Our friend took this snap of us yesterday trying to stay cool by the pool but OMG… it was a total shock to say the least! When did we get 'mum and dad bods'?

"We know we're not in our best Strictly shape but hey that's what happens when you stop dancing for hours every day and have a baby (I just want to know James’ excuse).

"Stay cool everyone. I think I need to avoid the ice cream for a while! Couples That Eat Together Stay Together."