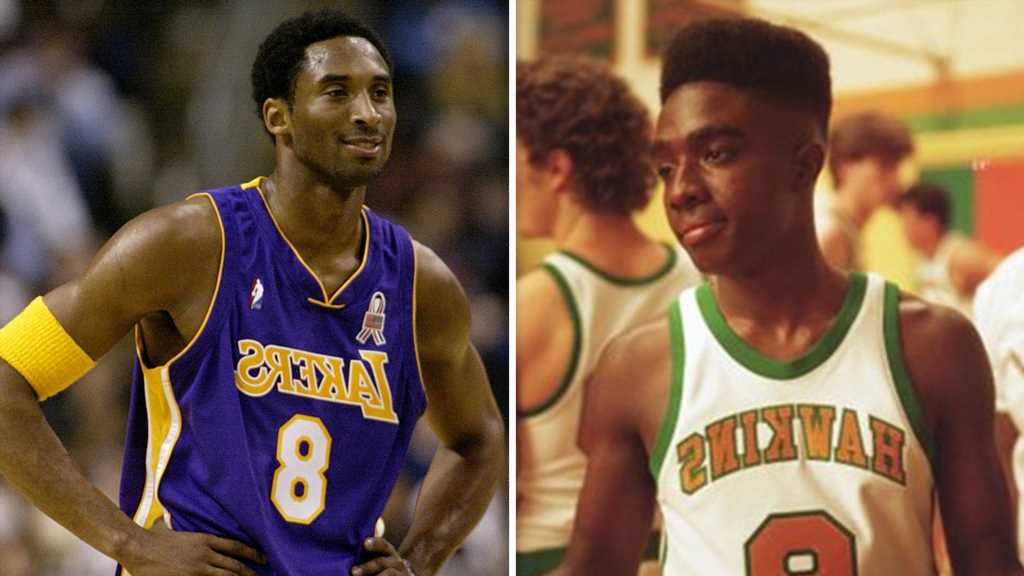 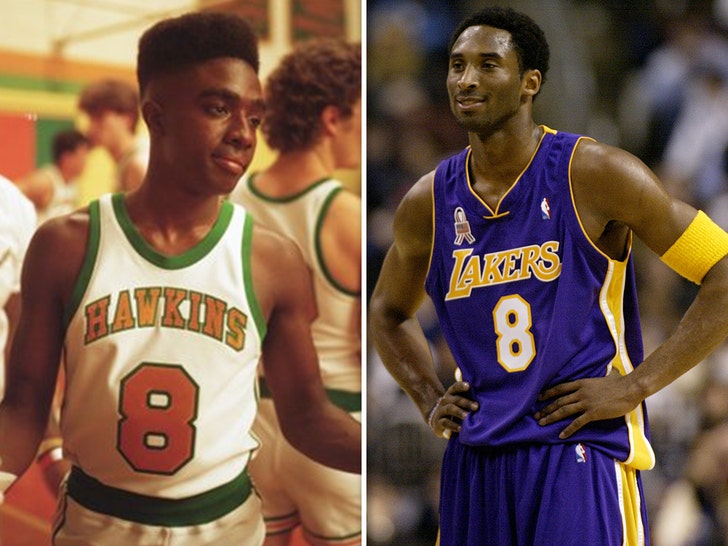 Kobe Bryant received a touching tribute in the newest season of “Stranger Things” … with one of the show’s stars, Caleb McLaughlin, paying homage by wearing the NBA legend’s iconic #8 during the show.

Netflix says 20-year-old Caleb — who is a massive Kobe fan — came up with the idea for his on-screen character, Lucas Sinclair, to wear the Mamba’s digit on his basketball jersey in the huge show.

Despite the number being factually incorrect (H.S. hoopers could only wear numbers that ended in 0-5 in the 1980s), the show’s producers loved the plan to honor Mamba and let him don it for filming.

Of course, ‘ST’s newest installment is Netflix’s biggest debut since “Squid Game” took over the world in 2021.

In fact, season 4 has resulted in 286.79 million hours viewed globally … making it the biggest premiere weekend for an English language TV show on the streaming platform, according to reports.

In addition to the success here, it also reached #1 on the charts in 83 countries.

It’s become common to see entertainers or athletes showing love for the life and legacy of Kobe since his tragic death — The Game got a tattoo of a sideways 8 and KB’s signature about his eyebrow.

Lakers superstar Lebron James got a snake tattoo … with his numbers and the message “Mamba 4 Life” underneath it.

One of Kobe’s favorite young players, Jayson Tatum, is always outspoken about what his relationship with Kobe means to him … even wearing a purple armband with Kobe’s #24 on it during a must-win Game 7 in the Eastern Conference Finals on Sunday.

JT also revealed that he texted Kobe’s number a message right before the game, saying, “I got you today” … and he delivered on his promise, scoring 26 huge points for the Celtics in a 100-96 win.