The duet you didn’t know you needed! Kanye West and Mark Zuckerberg belted out a rendition of a classic ‘90s song together, according to the rapper.

“We sang Backstreet Boys I want it that way,” the 41-year-old Yeezy designer tweeted on Wednesday, November 14, alongside a blurry photo that shows him and what appears to be the Facebook founder, 34, holding microphones. 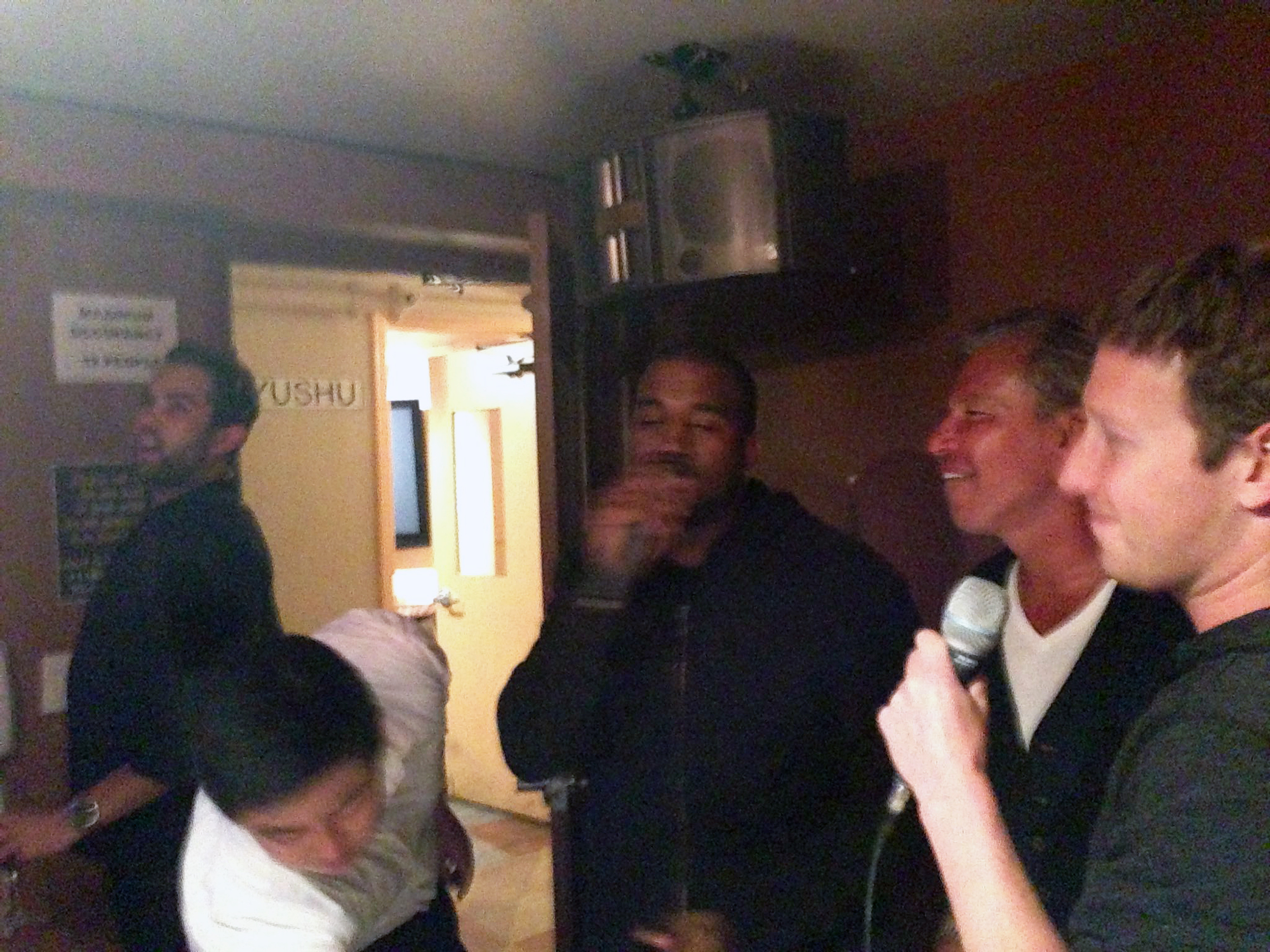 Though there isn’t audio of the two singing — or any information on why they performed together — social media users went wild over the image of the pair dueting to the boy band’s 1999 hit song.

West appeared to be really getting in on the action in the picture with his eyes closed and seemingly mid-lyric. Zuckerberg, however, appeared a little more shy in the corner of the pic, with three other men in the room with them as well.

“What would I do to listen to him sing that song!” one Twitter user wrote alongside the crying-laughing emoji. Another commenter added: “Is that mark zuckerberg? What is happening?”

West’s post comes less than a week after the Backstreet Boys — AJ McLean, Howie Dorough, Kevin Richardson, Nick Carter and Brian Littrell — released their new single “Chances” along with the music video for it and announced that they’ll be embarking on a world tour.

“When this group started 26 years ago – and through all the highs and lows of our career – we’ve had to learn it wasn’t about us as individuals but about what’s best for the group,” Dorough said in a statement following the news.

“The journey is ongoing with us and there is so much left to do,” Littrell added. “We’re living the next chapter that hasn’t been told yet, and that’s exciting.”