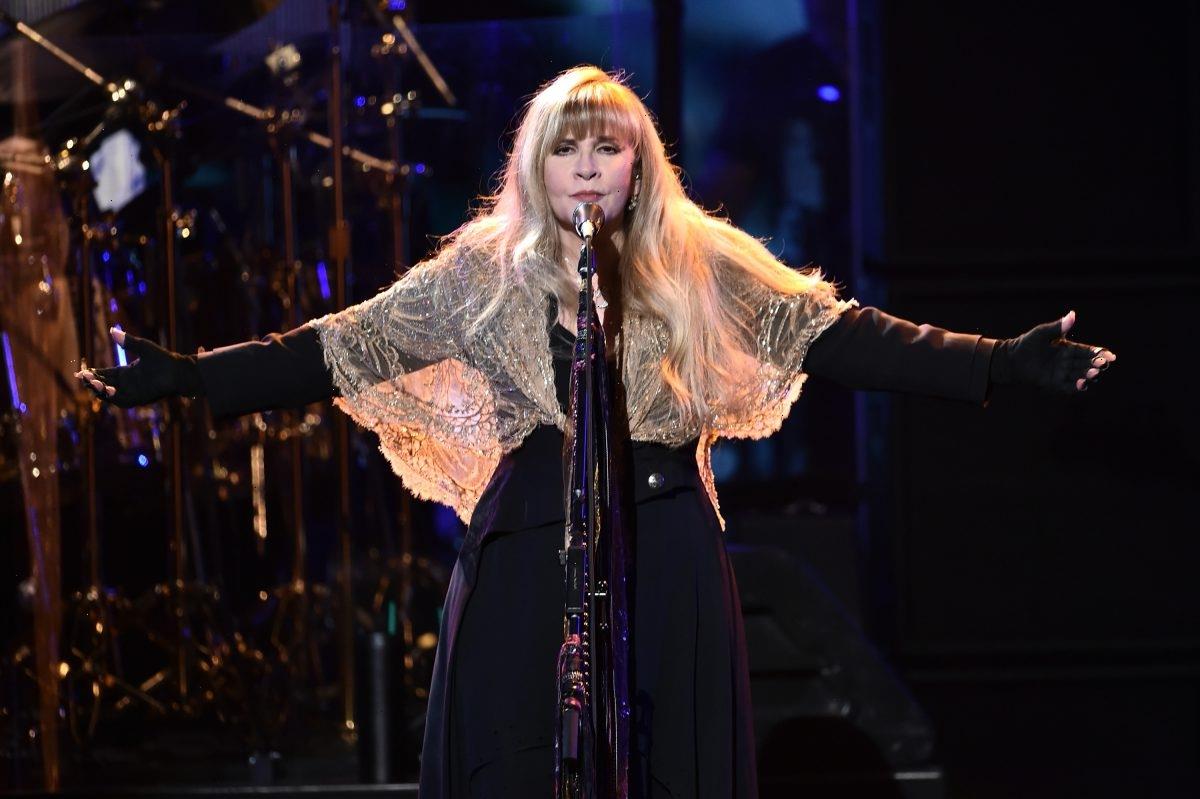 Stevie Nicks has had several famous relationships, but she’s currently happily living single. She once explained that she is open to a relationship, but she has some concerns and stipulations. The Fleetwood Mac artist shared one particularly morbid worry that she has about jumping into a relationship.

In 1983, Nicks married Kim Anderson, the widower of Nicks’ close friend Robin Snyder Anderson. She died of leukemia just after giving birth, and Nicks and Anderson married in order to raise his infant son, Matthew. They divorced after three months.

Though she continued touring, Nicks reconnected with Matthew, eventually putting him through college. She also has a close relationship with his daughter, Robin. Since then, though, she has not gotten married again.

Nicks has had relationships with the likes of Lindsey Buckingham, Mick Fleetwood, and Joe Walsh, but she’s content being single for now. Should anyone come into her life, she does have a set of rules surrounding anyone she may date.

Nicks also shared a morbid concern she has for dating anyone older than her.

“What if I fall in love with somebody and they die?” she asked Rolling Stone.

She added that she doesn’t know if any men her age are a good option as a romantic partner.

“They wanna go out with somebody that’s 25,” she said. “That has been going on since the Bible, and I haven’t even read the Bible, but I know that. So what am I gonna do, compete with that? I’m not a competitor. So I don’t even wanna be in that situation.”

She summed up her situation succinctly: “I’ve narrowed it down to nobody.”

Stevie Nicks thinks it would be challenging to be her partner

As evidenced by her successful career, Nicks values her music. She explained that the lifestyle of fame, touring, and performances may be difficult for a romantic partner to deal with.

“People would say to me: ‘It would be very hard to be Mr. Stevie Nicks,’” she told The Guardian.

She added that she’s highly independent, something that some men may not like.

“I’m going: well, yeah, probably, unless you were just a really nice guy that was really confident in himself, not jealous of me, liked my friends, enjoyed my crazy life and had fun with it,” she explained. “And, of course, there are very few men like that. I’m an independent woman and am able to take care of myself, and that is not attractive to men.”