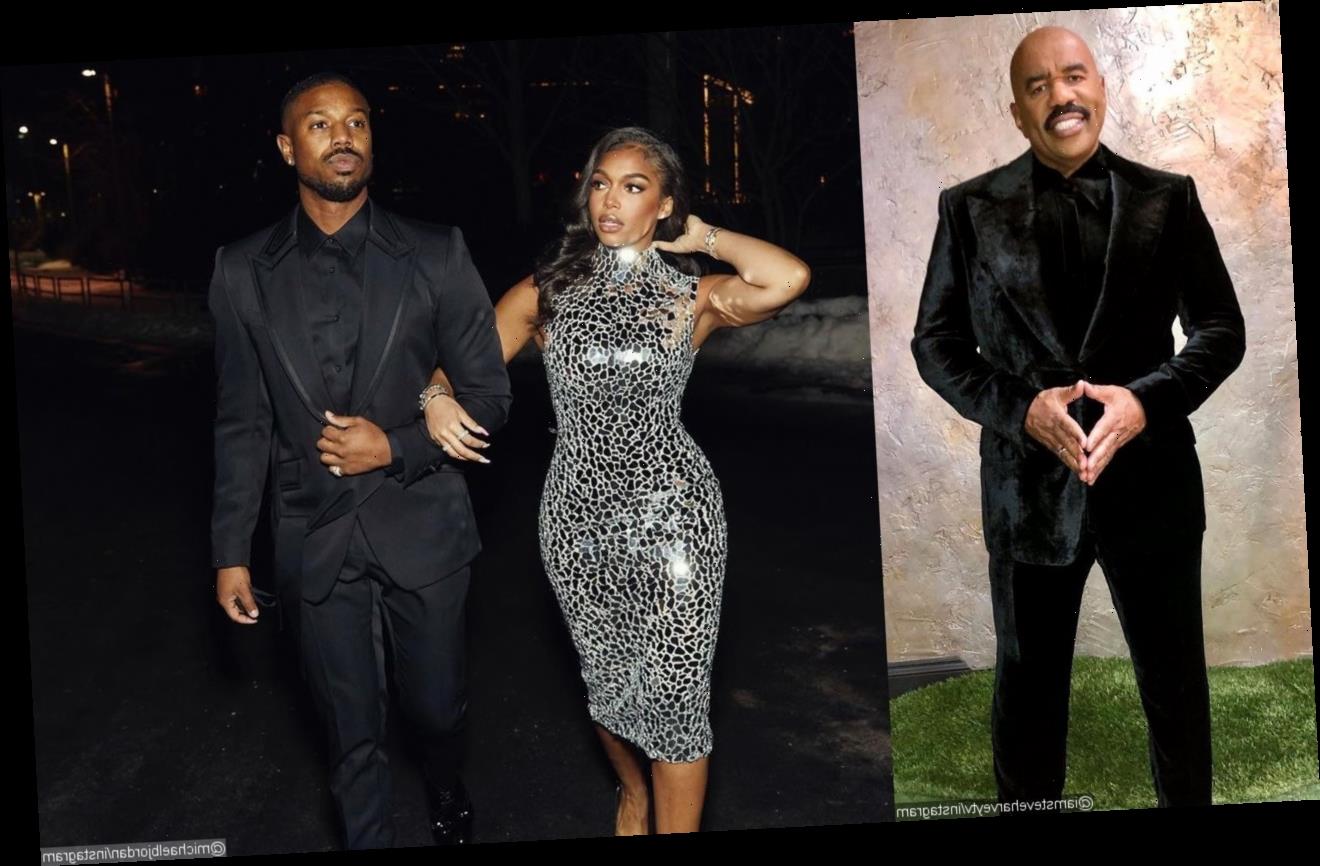 During an appearance on ‘Jimmy Kimmel Live!’, the ‘Family Feud’ host weighs in on his stepdaughter’s romantic relationship with the ‘Creed’ star, whom he jokingly claims ‘not the sexiest man alive.’

AceShowbiz –Steve Harvey has weighed in on Lori Harvey‘s relationship with Michael B. Jordan. When making a virtual appearance on “Jimmy Kimmel Live!“, the “Celebrity Family Feud” host took a playful jab at the “Creed” actor’s extravagant Valentine’s Day celebration with his stepdaughter.

The 64-year-old offered his two cents when speaking to Jimmy Kimmel in the Thursday, February 25 episode of the latter’s late night talk show. When asked about what he thought of Michael’s Valentine’s Day presents for Lori, he quipped, “Yeah, well good luck homie, ’cause you know, Valentine’s come every year.”

“So I don’t know if you know this works or not, but I don’t know how you gonna top that. But good luck partner. I mean, it was really nice what he did, you know, I’m happy for him. He’s a great guy, I met his father and everything, but uh…that was a lot, that was a lot,” he added. “I don’t know where he going from from here, so hopefully, you know, maybe he’ll make ‘Creed’ 4, 5, and 6.”

During the chat, Steve jokingly claimed that Michael is not as attractive as what people think. “Let’s be clear about something: he is a nice guy, yeah, but he is not the sexiest man alive to me, at all,” he said of the 34-year-old hunk who was labeled 2020’s Sexiest Man Alive by PEOPLE magazine.

Despite his playful jabs, the former host of “Little Big Shots” did give his approval to the “Black Panther” actor to date Lori. “I’m just happy that I can at least approve of one,” he pointed out. Asked whether he never approved his stepdaughter’s previous partners, he jested, “Nothing ever, pure hatred.”

Steve’s statement came after Michael made media headlines with his luxurious Valentine’s Day surprises for Lori. One day after the festivity, the social media personality shared on Instagram Story a clip of a big aquarium with flowers and candles decoration and wrote, “My baby rented one the aquarium so we could do a private tour and see the turtles and then we walked into this.”

Lori, who went Instagram official with Michael on January 10, further treated her followers to footage of a hotel room being fully decorated with flowers. She also showed off a proof that her actor boyfriend purchased Hermes stocks for her, and raved, “The best gift ever… Baby bought me stocks in Hermes.”