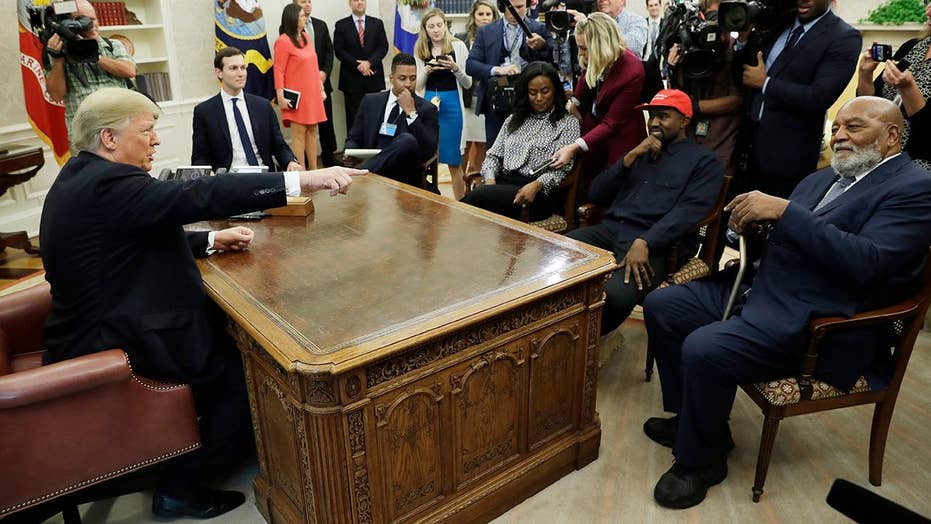 Following Kanye West and President Trump's meeting on Thursday — in which the "Ye" rapper covered everything from Superman, the 13th and Second amendments to North Korea — celebrities took to Twitter to voice their distaste with West's visit to the White House.

"Kanye West says he thinks of Trump as a father. Guess who doesn’t think of Kanye as a son?" Chelsea Handler tweeted.

Actor Ike Barinholtz criticized the timing of the lunch, writing: "It’s good to know that while Florida is being pummeled by a storm and the dow is s–tting the bed and a US 'ally' beheaded a journalist that our president is having the world’s s—-dest lunch with Kid Rock and Kanye West."

"It may not be good for America, but it's damn good for CBS…Man, who would have expected the ride we're all having right now? … The money's rolling in and this is fun” – Les Moonves on Trump, 2016," Eichner wrote.

On Thursday, West began the much-anticipated sit-down by praising Trump's efforts in North Korea saying, "On day one you solved one of [Obama's] biggest troubles. We solved one of the biggest problems."

The conversation turned to West discussing the lack of support he received from his Hollywood cohorts with regards to his support of the president.

"They tried to scare me to not wear this hat," West said, referring to his "Make America Great Again" hat he wore to the meeting and on a recent appearance on "Saturday Night Live."

"When I put this hat on, it made me feel like Superman – my favorite superhero. You made a Superman cape for me." 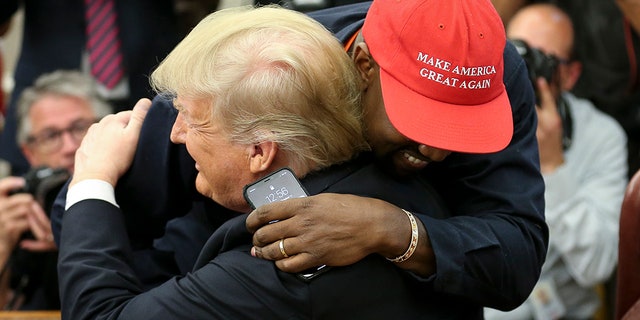 President Donald Trump hugs rapper Kanye West during a meeting in the Oval office of the White House on October 11, 2018 in Washington, DC.
(Getty)

The rapper went on to chastise the NBC sketch show and other liberal-leaning media members for their portrayal of the American president.

West discussed many topics in a rambling dialogue that included everything from bringing manufacturing to the country, his personal business deals, ending stop-and-frisk in Chicago and the 13th Amendment.

His statement lasted nearly 10 minutes before the president chimed in to compliment West on his honesty.

"I tell you what, that was pretty impressive," Trump said after West seemed to run out of steam. "That was quite something."

"It was from the soul. I just channeled it," West replied.

Previous post How old is Ruth Langsford, when did she marry Eamonn Holmes and when was she on Strictly Come Dancing?