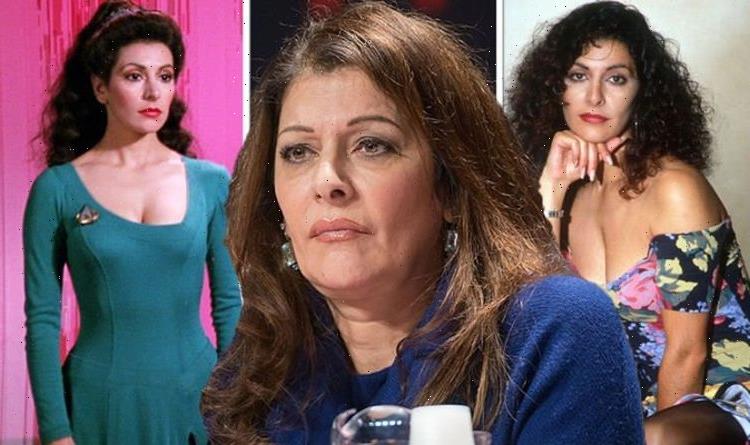 Marina Sirtis in Star Trek: The Next Generation season three

Marina Sirtis is best remembered for her leading role in the iconic sci-fi series Star Trek: The Next Generation. The small-screen star revealed she prematurely turned down an offer to appear in a blockbuster movie.

The 66-year-old has enjoyed an illustrious career in both television and film, having appeared in Star Trek for three decades.

Marina admitted she didn’t want to take on any more sci-fi roles because she “had done it before”.

But unbeknownst to the Deanna Troi actress she had made a blunder after being offered two scripts.

The actress said she had turned down a meeting to star in the sci-fi action comedy Men In Black.

“There’s one thing I would like to go back on. After the Star Trek series finished and we had done the first movie, I was sent two scripts,” Marina recalled.

“One was an offer and the other I had to go into a meeting.”

She continued: “The meeting script was for a sci-fi film and the other offer was a movie about saving the rainforest.

“I said, ‘I don’t want to do sci-fi. I’ve done the sci-fi thing. I really want to do the movie about the rainforest.'”

Marina said: “I didn’t even go in on the meeting for the sci-fi film which was Men In Black.”

“So I want that back again,” she added.

Men In Black is a sci-fi comedy action film and starred Tommy Lee Jones and Will Smith as two agents of a secret organisation who supervise extraterrestrial lifeforms who live on Earth and hide their existence from ordinary humans.

The first film was released in 1997 and grossed over $589.3 million worldwide against a $90 million budget.

In 2019, the franchise had another spin-off film called Men In Black International.

Meanwhile, the Star Trek favourite explained that she went on to take part in the film about a rainforest but it had gone straight to DVD.

“Consequently, I can’t read a script. I don’t know a good script from a bad script so I say yes to everything now,” the actress remarked.

She continued: “The rainforest film was called Paradise Lost and it went straight to DVD. No one ever saw it.

“That was me making bad decisions but that’s fine.”