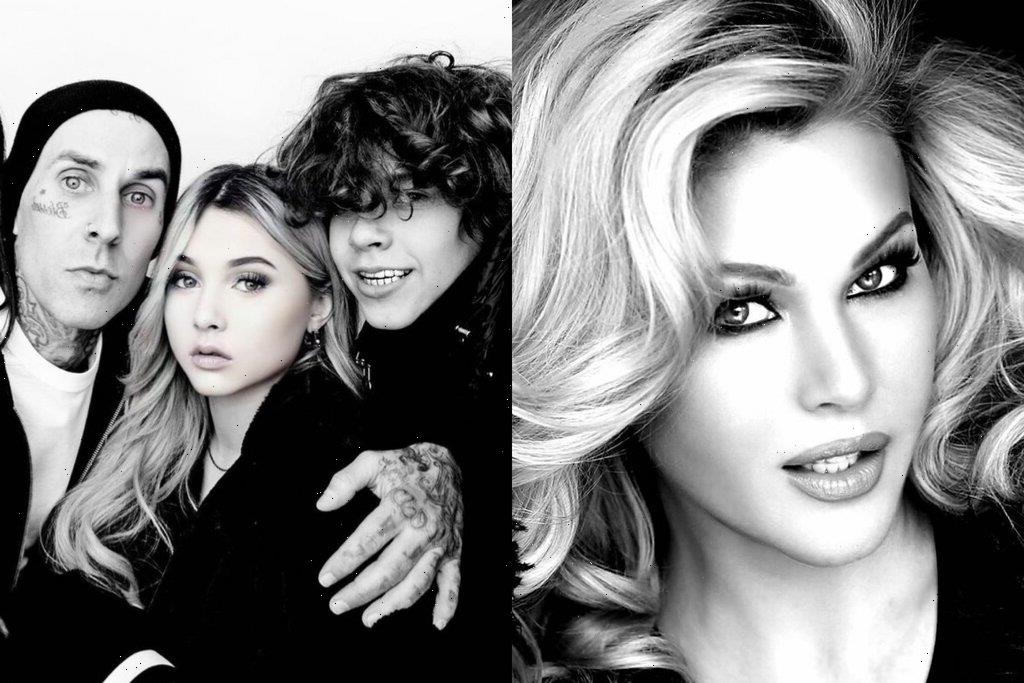 The former Miss USA reportedly ‘wants nothing more than her kids to be happy and safe’ but seeing Landon and Alabama be a part of the Kardashian family ‘would be daunting.’

AceShowbiz –Shanna Moakler is reportedly getting “hurt” after seeing her kids attending Kourtney Kardashian and Travis Barker‘s engagement party. The report came a few days after the ex-wife of Blink-182‘s drummer was caught deleting all recent photos with her kids, Landon and Alabama, from her social media page.

“Shanna’s kids going to the engagement party thrown by the Kardashian’s really hurt her,” a source close to the 46-year-old model told HollywoodLife.com. “She’s been the best mom she can be to her kids,” the source added.

“And at that age, who wouldn’t want to go to a party that’s thrown by the Kardashians?” the informant further spilled. The insider went on to add that both Landon and Alabama “are happy for their dad,” but they “are torn.”

The so-called inside source also revealed that Shanna “is not in love with [Travis]. This isn’t about that.” The source added, “She loves her kids and wants nothing more than her kids to be happy and safe.” However, the insider noted that “the idea of having them be a part of the most famous family in America would be daunting for anyone.”

Both Landon and Alabama joined the Kardashian-Jenner clan for the lavish celebratory dinner party right after Travis got down on one knee. During the celebratory dinner, the teenagers took to their Instagram Stories to share videos from the special occasion.

Landon captioned his post, “So happy for me and my new family!” while Alabama wrote, “So happy for you guys I love u both! @kourtneykardash @travisbarker.” After seeing her kids’ social media posts, Shanna decided to wipe off all recent photos with her kids.

More recently, Shanna clapped back at an online troll who teased her as saying, “How does it feel [that] your children will be in Hollywood Royalty now? Kardashians run LA.” In response, she replied, “I’m their mother, they were royalty long before…” In a separate comment, she added, “I love that people are now telling me how I feel! lol I can’t with this world.”

In a following Instagram post that saw her fiercely posing while taking a dip in a pool, Shanna shared how she felt about getting trolled following her ex-husband’s engagement to the former “Keeping Up with the Kardashians” star. “One thing I feel like we’re not acknowledging as a society is that everyone now is just completely insane,” so she wrote.

Previously, Shanna insisted that she hasn’t commented about Travis and Kourtney’s engagement despite several cryptic Instagram posts. “PSA I haven’t made a comment on anything going on in the world period,” the model wrote on October 20.

“So [thank you] to all my new found psychologist, family therapists, spiritual counselors, monsters and desperate housewives…your unsolicited opinions from trash sites have been noted,” Shanna continued. “Whatever would I do without your fortune cookie wisdom,” she concluded and ended her message with a peace-sign emoji.