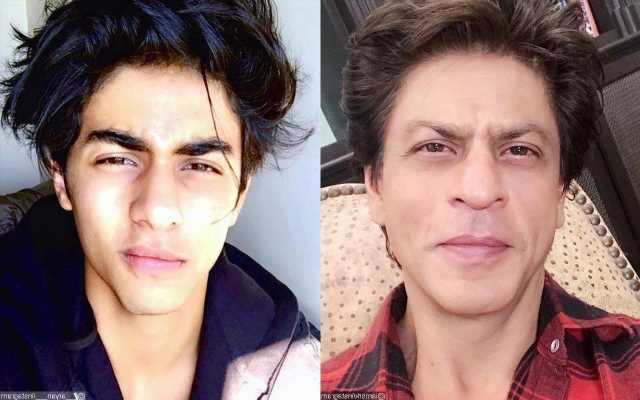 Bollywood actress Suchitra Krishnamoorthi believes that the actor’s son Aryan Khan is targeted in the raid, while Shashi Tharoor slams the ‘witch-hunting’ of the ‘My Name Is Khan’ star over his son’s arrest.

AceShowbiz –Shah Rukh Khan has received support from fellow public figures following his son Aryan Khan’s arrest in drugs raid on a cruise ship. One of them was Suchitra Krishnamoorthi, who starred in “Kabhi Haan Kabhi Naa” alongside Shah Rukh.

Speaking in an interview, Suchitra raised suspicion over the breach of security on the cruise. “A family member of mine owns a cruise, so I’ve been on several cruises. I know that there are several rounds of security checks, metal detectors that one has to go through, their luggage is also checked,” she explained.

The actress believes that Aryan was targeted in the raid, adding, “So, I don’t understand how this breach of security even happened. Which is why I feel it’s some kind of targeting, there’s malice. It can’t be just this bunch of 8 kids.”

Suchitra also spoke against other stars who chose to remain silent in light of the situation. “There’s a sense of toxic positivity in Bollywood, where they want to associate with only the good and happy stuff, and stay away from the rest,” she said. “I cannot stay quiet, if something bothers me, I will speak up. It takes a lot of guts to take a stand.”

Suchitra previously spoke in defense of Shah Rukh and his son on Twitter on Sunday, October 3. She tweeted at the time, “Nothing harder for a parent than seeing their child in distress. Prayers to all.” She added in a separate post, “For all those targeting #Bollywood remember all the #NCB raids on film stars? Yes nothing was found and nothing was proved. #Bollywood gawking is a tamasha. It’s the price of fame.”

Indian politician Shashi Tharoor, meanwhile, took to his Twitter account to slam those “witch-hunting” Shah Rukh over his son’s arrest. He posted on Monday, “I am no fan of recreational drugs & haven’t ever tried any, but I am repelled by the ghoulish epicaricacy displayed by those now witch-hunting @iamsrk on his son’s arrest.”

Pleading with people to “have some empathy,” the former Under-Secretary General of the United Nations noted, “The public glare is bad enough; no need to gleefully rub a 23yr old’s face in it.”

Aryan, the eldest of Shah Rukh’s three children with his wife Gauri, was arrested on Saturday, October 2 in a case related to illegal possession of drugs on a cruise ship headed to Goa. The 23-year-old was accused of possessing multiple drugs, including cocaine and ecstasy, as narcotics officials believe the Bollywood superstar’s son is a link in an international drugs cartel.

Aryan is represented by attorney Satish Manshinde, who argued in the Mumbai court that no drug was recovered from his client who had merely gone to the cruise on invitation. He claimed that Aryan was made a scapegoat and his bag was searched but nothing was found.

Aryan and two of his friends have been sent to Narcotics Control Bureau’s (NCB) custody until October 7 after the court rejected his plea for bail.