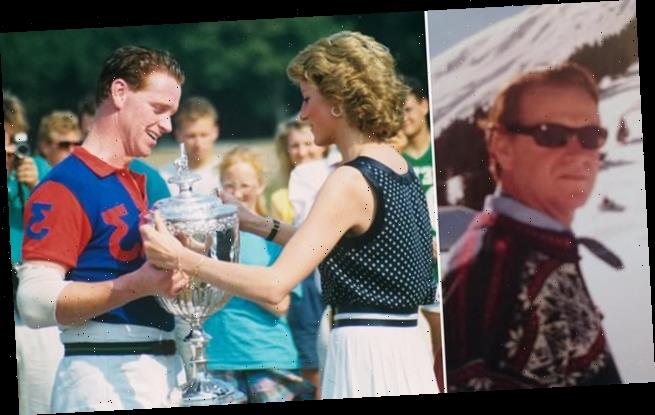 He achieved notoriety by going public with details of his affair with Princess Diana, conducted in secret as her marriage to the Prince of Wales disintegrated.

But even now, some 35 years after first becoming Diana’s riding instructor and then worming his way into her affections, James Hewitt betrays no sign of declining into a respectable dotage.

I can disclose that the former Household Cavalry officer, now 62, is on the prowl once more, this time using the dating app Tinder, on which you swipe left to reject someone, or right to match with them. 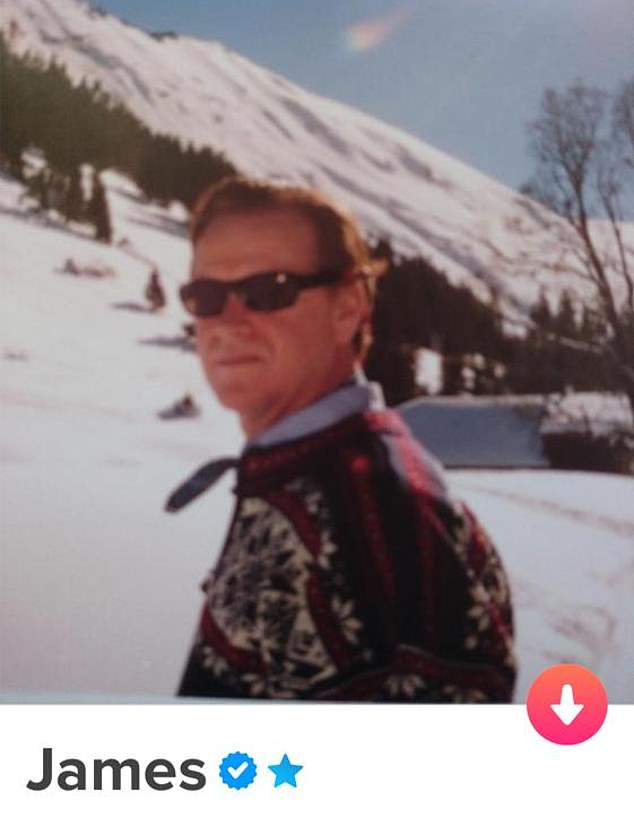 Household Cavalry officer James Hewitt, now 62, is on the prowl once more, this time using the dating app Tinder, on which you swipe left to reject someone, or right to match with them

Naming himself simply ‘James’, Hewitt has posted a vintage photograph of himself, sporting sunglasses and well-groomed copper hair, as he pauses while enjoying a day on the slopes.

‘He’s not in France, he’s in Devon,’ one of his contemporaries assures me, adding that Hewitt is eager to make the acquaintance of West Country divorcees aged about 50, perhaps especially those living close to Dartmoor.

‘He seemed fascinated with my breasts,’ Cassie reflected after her encounter with the young Prince. ‘He spent more time looking at them than my face.’ 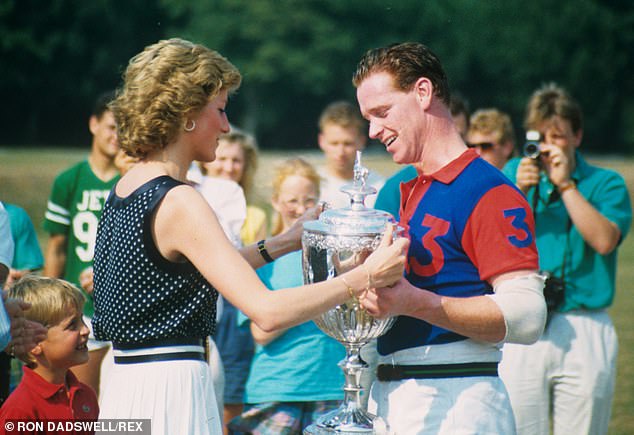 After parting from Diana (pictured together), the boulevardier enjoyed a number of entanglements, notably with Big Brother star Lisa Jeynes

Hewitt suffered a stroke and a heart attack in 2017, then demonstrated admirable powers of recovery by accompanying a mystery blonde, many years his junior, to Devon’s Chagstock music festival in 2018.

He’s disinclined to elaborate on his reasons for trying his luck on Tinder. ‘I spoke to James about this and there is no comment,’ his agent, Teresa Quinlan, tells me.

Prospective dates should perhaps bear just two things in mind. Hewitt can be an expensive taste, as Diana found.

‘Entirely dressed him, from head to foot, that man,’ she reflected. And he lives in a two-bedroom flat with his mother.

Why potter Perry has to ditch heels

Turner Prize-winning artist Grayson Perry, who regularly dresses in colourful attire as his female alter-ego, Claire, reveals he might have to cut back on cross-dressing after suffering an injury during lockdown. 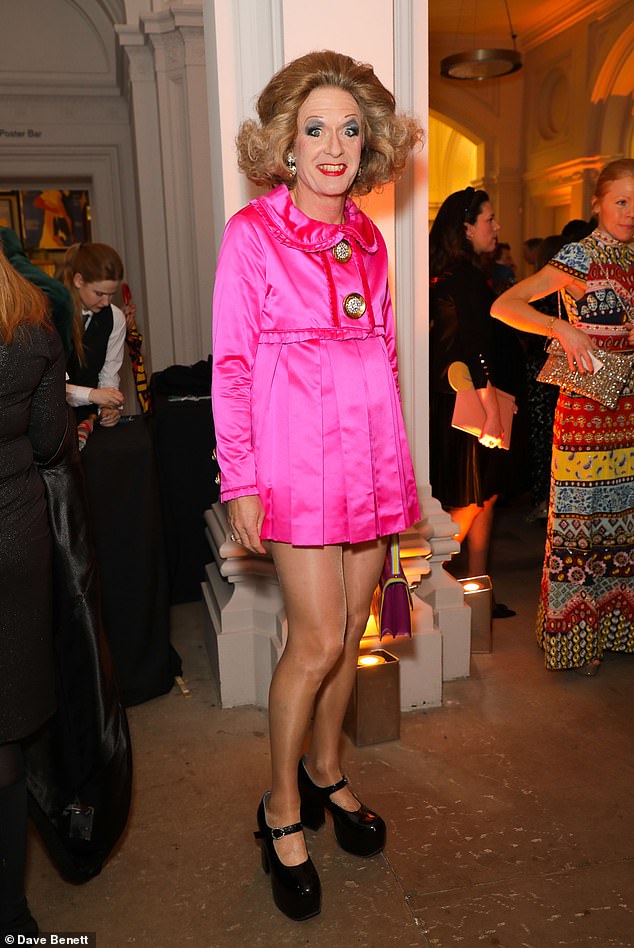 ‘I think my days of really high heels might be numbered,’ admits Perry, 60, who lives in London with his wife, psychologist Philippa. ‘Because I burst a disc or something last year — I could hardly walk for three months.’

He explains: ‘If everybody else is dressing up, I dress as Claire because I haven’t got many smart male clothes. I wear 6 in heels with a 3 in platform.’

The Queen will be saddened to learn that a boarding school of which she’s patron has been forced to close its doors for good because of the pandemic.

Princess Helena College, in Hertfordshire, wrote to parents this week, informing them that their children would have to find new schools for September.

It was founded 200 years ago and is said to be the first girls’ school in England where lacrosse was played.

The Queen’s cousin, the Duchess of Gloucester, is president. ‘The school has faced financial difficulties for many years,’ a spokesman tells me.

‘These have been significantly exacerbated by the impact of Covid-19 on the local and international demand for places at the school.

‘Despite everyone’s best efforts, all options for keeping it open have been exhausted and, regrettably, the school will close later this year.’

The late Baroness Trumpington, who memorably flicked the V-sign at a fellow peer when he referred to her age in an ungallant lapse, was among its former pupils.

Gender fluidity was a hot topic at the Burberry fashion show in London this week, when top model Edie Campbell walked in the British brand’s menswear show. 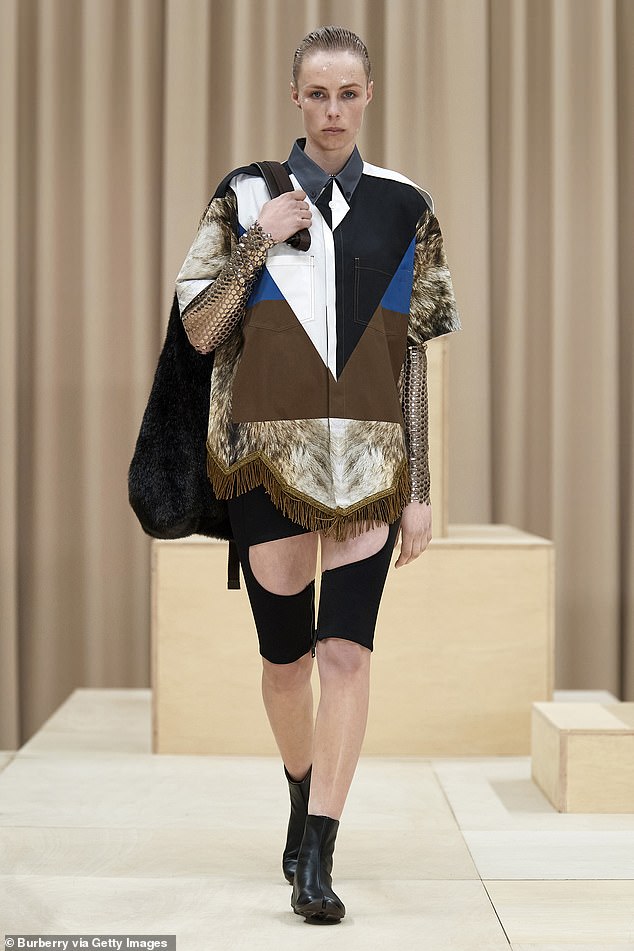 ‘I slithered out of jodhpurs and bleached my hair this week to do a menswear show,’ said the horse- loving mannequin.

It’s the first time in London Fashion Week history that Burberry has not shown a womenswear collection in February, and Edie was one of two women in the show, held at its Regent Street flagship store.

‘I found that very interesting — and I am a veteran of that idea, of championing that fluidity.’

New father Jack Brooksbank has an additional reason to wet the head of baby August.

I hear the tequila salesman, who’s married to Princess Eugenie, made a £33,099 profit at his wine merchants, Jack Brooksbank Ltd, last year.

As soon as people can meet up again, the drinks are on Jack! 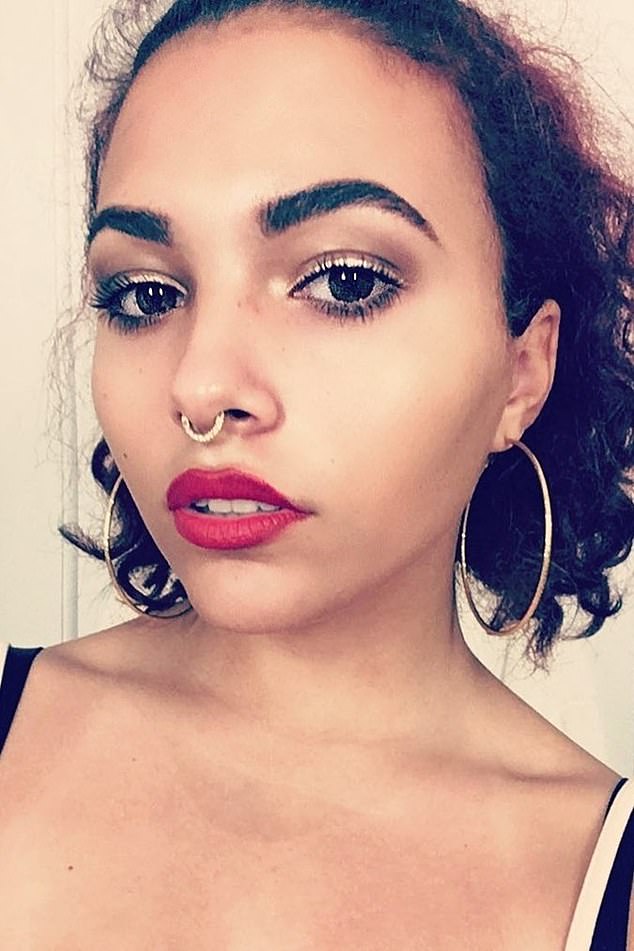 ‘Creating art has always been a coping mechanism of mine,’ says Lexi, whose mother is supermodel Iman.

‘I’ve struggled with mental health issues for the majority of my life and have been in really dark places . . .

‘My meditation is painting, illustrating and sketching. During these times I feel freed from my mind and am able to convert the pent-up negative energy into something positive, something I end up feeling proud of.’