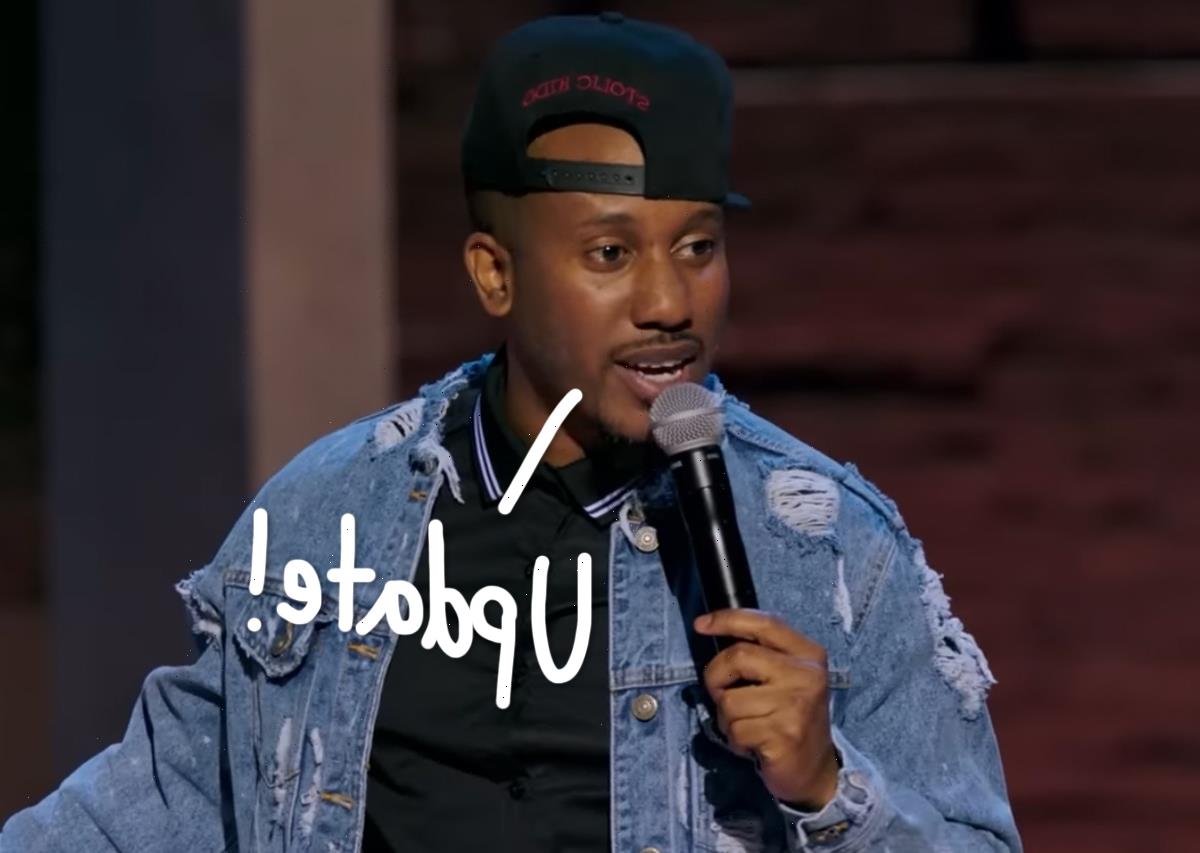 Chris Redd is speaking out after getting attacked earlier this week!

As we previously reported, the Saturday Night Live alum had been hanging out outside the New York City comedy club The Comedy Cellar on Wednesday at around 9:30 p.m. before his set. Suddenly, two men approached him, and one of the guys then sucker-punched him “out of nowhere” before fleeing the scene. OUCH!

A source also told Page Six that the hit was so hard that “there was blood everywhere.” That may have been because, according to TMZ, the attackers hit Chris in the face with brass knuckles – leaving him with two swollen and bruised eyes and a deep cut on his nose that needed stitches. You can see the pictures obtained by the outlet on Sunday HERE.

No arrests have been made at this time. But days after the brutal attack, the 37-year-old comedian addressed the situation on Instagram Stories. Thanking everyone for the kind words, he wrote on Sunday:

Chris then shared he plans to reschedule any shows he missed as a result of the assault, saying:

“For any shows I missed, I’ll be putting back on the schedule so if you bought tickets SIT TIGHT AND I GOT YOU. I’ll be up and talking some good s**t very soon.”

He also took a moment to shut down reports that his jewelry was stolen during the attack, adding:

“NOBODY SNATCHED MY CHAIN BRO!!! Y’ALL WILL JUST WRITE ANYTHING.” 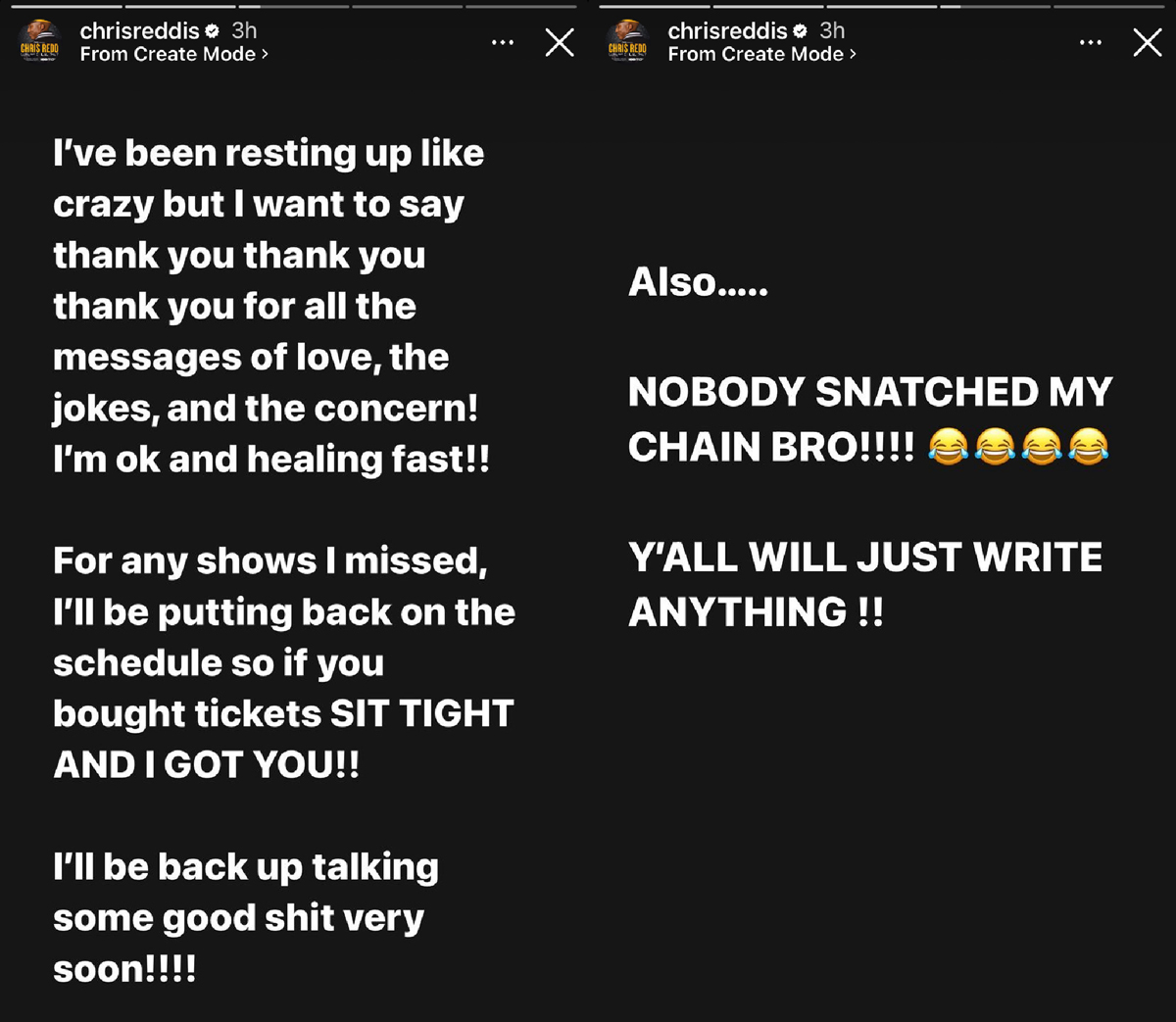 We’re wishing Chris a speedy recovery after this scary ordeal!