In her corner. Sarah Michelle Gellar sent a message of support to her longtime friend Shannen Doherty, who is battling stage IV breast cancer.

“Life is tough… but you are tougher,” the Buffy the Vampire Slayer alum, 42, wrote via Instagram on Tuesday, February 4, alongside a photo of herself and Doherty, 48, at the 2019 American Humane Hero Dog Awards.

The actresses have been pals since the late 1990s, when they both had shows on The WB. 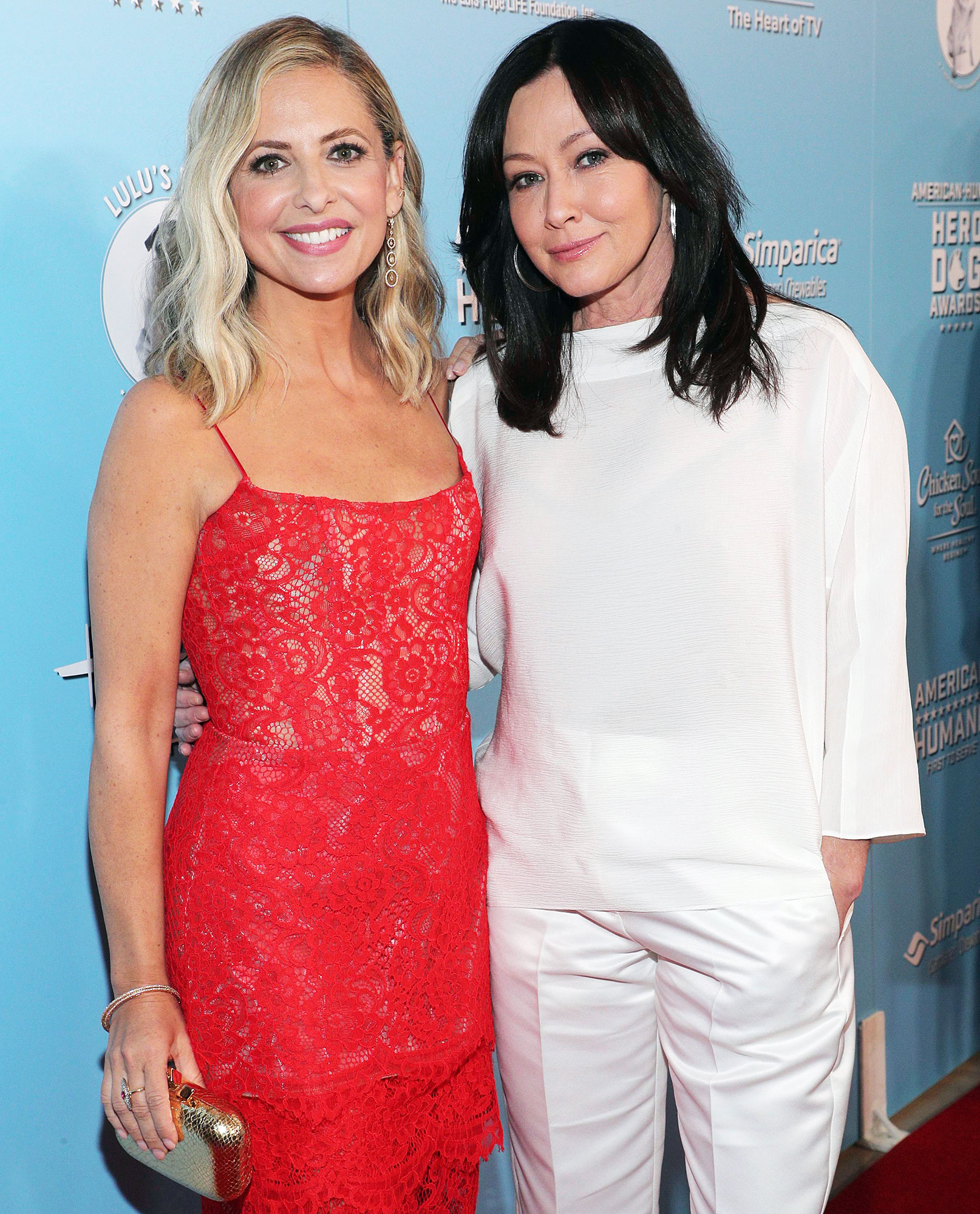 The Beverly Hills, 90210 alum announced earlier on Tuesday that her cancer had recurred. She said on Good Morning America that she decided to publicly share the news because she knew it was “going to come out in a matter of days or a week” in her ongoing lawsuit against State Farm.

Doherty sued the insurance company after her California home was damaged in the 2018 Woolsey Fire, claiming her losses should have been covered by her policy. She said in the court documents that she is “dying” of terminal cancer and wants to live her “remaining years peacefully in her home.”

State Farm issued a statement to Us Weekly on Tuesday in response to the suit: “We empathize with Ms. Doherty’s health issues and wish her a full recovery. We strongly believe we have upheld our commitment to our customer and have paid what we owe on this claim. We are prepared to defend our position in court.”

Doherty was first diagnosed with breast cancer in 2015 and went into remission two years later.

“She’s amazing. She’s so multi-faceted and people don’t realize that there’s so much to her. Nothing defines who Shannen is,” Gellar told Us in September 2019. “When I was younger, I wished I could be more like her. She spoke her mind and she was tough and she didn’t take s–t.”