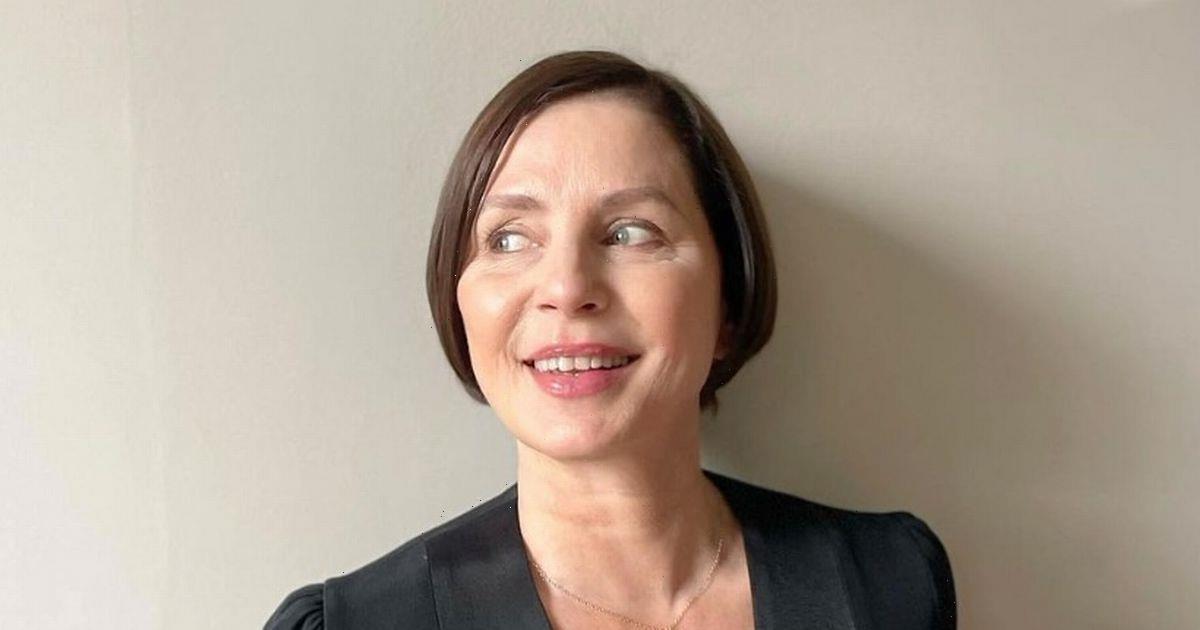 The pair finally tied the knot this week, 13 years after they met at a house party in London, and three years after Finlay proposed.

Finlay, who is the 31 year old son of Sadie, 47, and former Spandau Ballet guitarist and actor Gary Kemp, asked his girlfriend to marry him in 2018 by handing her a framed blank canvas, made by the artist Hayden Kays, with the words 'Marry me?' written in the middle.

Speaking after the engagement at the time, Sadie, said: "My baby boy Fin got engaged to his sweetheart Charlotte. He turned out good and put on a romantic display. So proud."

Finlay's actress and producer mum, Sadie, posted a cool picture of the newlywed pair driving in a red convertible down a highway.

Her eldest son could be seen in a black suit jacket wrapping his arm around his new wife as she lifted her tattooed arms into the air and made 'peace' signs with her fingers.

Sadie captioned the post: "Congratulations @fin_munro & @charlottemallorytattoos on getting married…" alongside a number of red love hearts.

Finlay also took to Instagram to post an artistic shot of his and his wife's wedding rings on their hands which were rested atop what appeared to be the bonnet of the convertible.

Charlotte's wedding bouquet, which was made up of red roses and sprigs of gypsophila, lay alongside their hands.

Finlay is the eldest child of Sadie, who is also mother to sons Rafferty, 25, and Rudy, 21, and daughter Iris, 19, who she shares with her ex-husband, actor Jude Law.

Sadie and Jude were some of the biggest faces on the 90's IT circuit, often being snapped at parties with the likes of supermodel Kate Moss.

The pair met on the 1992 Brit flick, Shopping, whilst Sadie, then 25, was still married to Gary Kemp.

Despite trying to "crush her unwelcome ideas" about Jude, knowing they were "jeopardising an idyllic home life", Sadie couldn't deny her feelings, and she ended up leaving Gary for a then 19 year old Jude.

In her 2010 autobiography, Crazy Days, Sadie admitted: "The force of the love I felt for Jude and his intense ambition made me feel out of control".

Despite living a life of luxury in North London and being part of the elite Primrose Hill set, Jude and Sadie's relationship hit a rough patch around 1996 as Sadie battled post-natal depression following the birth of their son Rafferty.

In her autobiography Sadie said: "Jude was away a lot, while I was sitting on the sofa, getting fatter and gripped by a nagging sense that I was jeopardising my love."