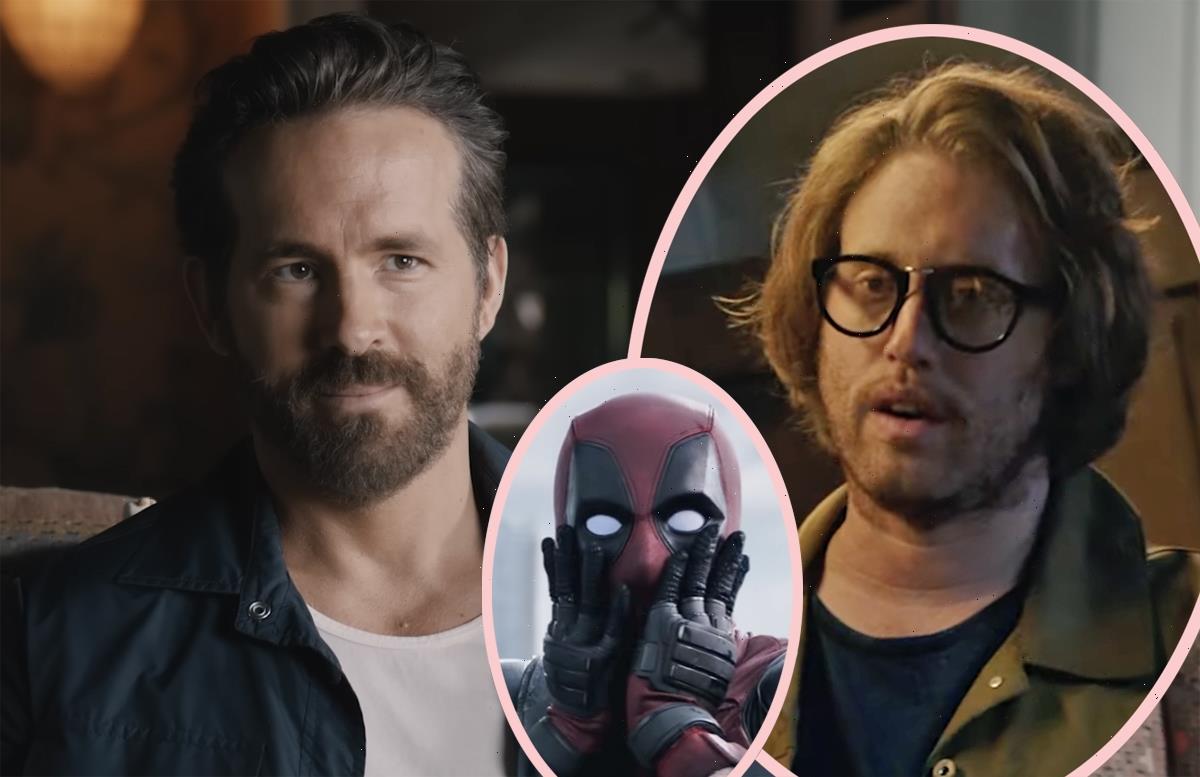 Well, that was a quick reversal.

For those who haven’t heard, Ryan Reynolds was involved in a rare beef this week when co-star T.J. Miller said the Hollywood nice guy had been “horrifically mean” to him while filming Deadpool 2. The controversial comic, who played Wade’s bartender pal Weasel in the previous two films, visited The Adam Carolla Show recently where he accused Ryan of making their onscreen insult war overly personal during filming. He said:

“As the character, he was, like, horrifically mean to me. But to me. As if I’m Weasel. He was like, ‘You know what’s great about you, Weasel? You’re not the star, but you do just enough exposition that it’s funny, and then we can leave and get back to the real movie.’”

Um… sounds like some typical Deadpool 4th wall breaking to us. But T.J. said even other crew members were uncomfortable by the personal attack. He thought the star went after him as an act of dominance, as the Silicon Valley alum put it, “because I’m not funnier than he is at all, right? And I haven’t been in more movies than him.” He added:

“I love him as a comedian, but I think after he got super, super famous from the first Deadpool, then things kinda changed.”

He went so far as to say he’d never work with Ryan again.

Right. That’s why he’s not going to be in Deadpool 3. Not because Disney wouldn’t want to hire someone who had been accused of sexual assault. Did he also get treated badly by the stars on the other projects that cut ties with him? Was he replaced by another voice actor in How To Train Your Dragon 3 because of a personal disagreement with Toothless?

Photos: Stars Who Refused To Film Scenes Together!

As much as some eyes may have rolled at the comments, someone took them very seriously: Ryan Reynolds. The mean, ego-driven celebrity who hates T.J. responded immediately to make sure they were cool. Huh. How about that.

The comedian was on another podcast on Wednesday, SiriusXM’s Jim Norton & Sam Roberts, where he was asked if Ryan reached out after his surprising set accusation went viral. He responded:

He added that he didn’t know how it all got blown out of proportion in the first place, saying:

“What’s ridiculous is it was just me telling a story from on set that I thought was weird. That was it. But I just wasn’t thinking about how the media will immediately… So, and that’s a big problem I have in general is kind of not thinking about what the repercussions of saying this or that would be…”

You said a beloved movie star bullied you on set, and you were surprised that story got picked up by Entertainment Weekly?

On the burying of the katana, Miller elaborated:

“But I think, yeah, it was very cool for him to say, ‘Hey, you know, I just heard on the show that you were upset about this.’ And I kind of said, ‘You know, I’m not,’ and then we sort of just hashed it out really quickly. But he was… again, I wasn’t saying anything negative…”

Nothing negative, huh? We guess everyone was just misreading the words “horrifically mean” and the declaration never to work with him again as negative, we’re so silly that way. He continued:

“He is so funny, which I always maintained, and he’s so amazing in those movies. And I, you know, so that was kind of it, you know? It’s so funny. I said all these complimentary things and none of that shows up… Because that’s the clickbait. So, you know, that’s really a bummer. But yeah, he was really cool about it and he’s a cool, he’s a good dude. I told the story because it was weird and funny to me, and then it gets picked up…. I feel bad that it was picked up and it was misconstrued for sure. But no, it was the next day he and I talked and it’s fine.”

Right, it was just “clickbait.” Taken out of context. So if you thought it was something T.J. was trying to push out there because he wanted to get ahead of any perception that his scandals were keeping him out of the ginourmous MCU Deadpool, you just must be wrong then!

Well, it sure was nice of Ryan to reach out, that’s for sure.

Watch it all for yourself (below):