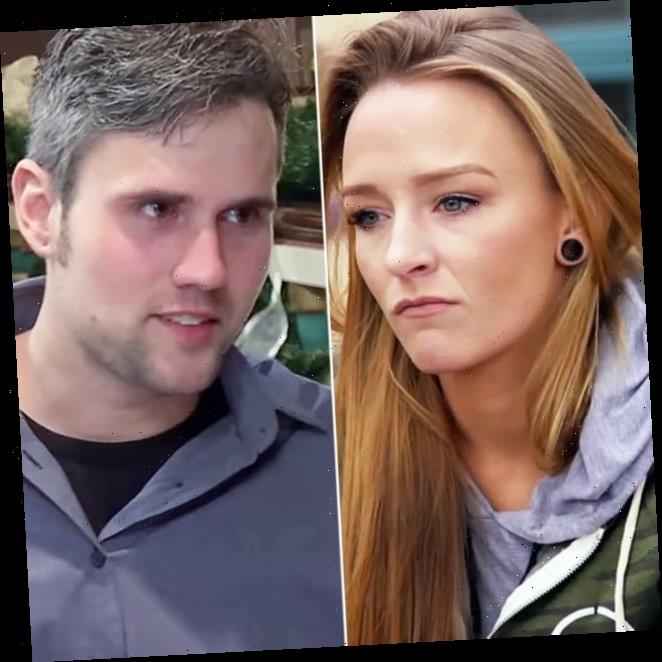 When Ryan Edwards is on his best behavior for a few weeks, Teen Mom OG fans might forget why Maci Bookout is so wary of him.

But then something like this week’s episode comes along and reminds us all that Ryan is an unstable and often terrifying guy.

Is Edwards back on drugs?

We have no idea — but it seems that he doesn’t need chemical assistance in order to terrify everyone around him.

Last year, Edwards appeared to be back on drugs at Bentley’s birthday.

He showed up to the party late and immediately began behaving an erratic fashion.

This year, Bentley took steps to avoid similar drama, as he wisely decided not to attend a birthday party for half-brother Jagger that would be held at Ryan’s home.

Ryan was furious about this development, but he’s pretty much always furious, so his rage doesn’t mean a whole lot.

“So mom called and said that Bentley couldn’t come to the birthday … he could come to the one at mom’s house,” he told his wife on Tuesday’s episode.

Mackenzie remarked that it’s always “some dramafest,” and she’s right, but she left out that her husband is usually the cause of the drama.

“I know, It was Thanksgiving and Halloween before, now it’s Jagger’s birthday too,” said Ryan.

“She always says yes, we tell the kids he’s going to be here, they get excited and then the day of or the night before, she calls and says no.”

“Mom’s reasoning was the cameras were around and he wouldn’t feel comfortable, but I think that’s just mom covering for Maci,” Ryan continued.

“She doesn’t want to make Maci mad in fear of Bentley not being able to come over. I know she wants to see Bentley, but there comes a point in time where you can only take so much of Maci’s bullsh-t.”

“I’m responsible for these kids emotions and their feelings and they don’t deserve that,” Mackenzie said.

“It’s one thing to be a petty bitch, thats fine, but when you start including my kids, that’s just not okay with me.”

Ryan then declared that Maci is a “spiteful, evil bitch … that’s exactly what she is.”

The alternate party at Jen and Larry’s could have been a great opportunity for Edwards to reconnect with his son.

For a long time, Ryan wasn’t allowed to see Bentley, and this marked the first time that they would be under the same roof in several weeks.

So you would think that Edwards would seize this precious opportunity to spend some time with his son, especially after he threw a fit over the kid not coming to his house for a second birthday party.

But of course, that’s not what happened.

“Good but there was like no interaction, me and daddy, we didn’t really talk much,” Bentley reported to Maci after he came home from the party.

He added that Ryan briefly said “hey” to him, then left to go sulk in his bedroom.

In case you forgot, this is a 33-year-old father of three with a six-figure income — and this is how he behaves.

It’s beyond sad, but fortunately it seems that Bentley is already used to it.

Maybe it’s a good thing that Ryan seems to have such little interest in being a part of his eldest son’s life.