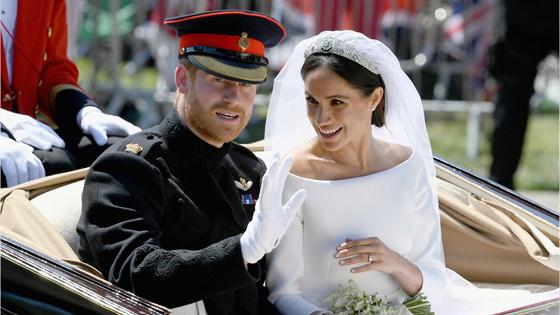 What would you give up for the person you love?

For Japan’s Princess Ayako of Takamado, it was her royal title. The 28-year-old officially lost her ties to the Japanese Imperial Family when she married commoner Kei Moriya, a 32-year-old shipping company employee, on Monday.

Though she gains a husband and the right to vote, Princess Ayako loses her title, official duties and allowance, and she admitted that she didn’t give Kei an immediate answer when he first proposed earlier this year.

“It was very sudden, so I asked to hold for my answer,” she said, per CNN. “As we have deepened the relationship including our family, friends and related people, I came to the decision and accepted this proposal.”

But their love was strong enough for Ayako to eventually agree to marry Kei, offering this sweet anecdote about their first meeting, per The Japan Times: Their conversation was “so lively that it didn’t feel like we had just met and that I had so much fun that I forgot about time.”

And isn’t that what it’s really all about?

While the absence of a prompt “yes” during a proposal story would be a red flag during a normal courtship, royal romances are anything but normal, especially when a member of the royal family is sometimes required to give up everything they’ve ever known in order to find their happily ever after. 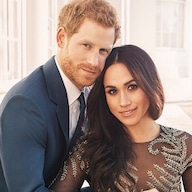 Princess Ayako is just the latest royal to give up their title in order to marry a person of their choosing, with some even going against their government, parents and subjects’ wishes to do so.

Before watching The Crown, many people may not have known that Prince Philip actually renounced his claim to two thrones when he married Queen Elizabeth II. The Duke of Edinburgh, now 97, was actually born as a prince in both Greece and Denmark.

Far more infamous than Prince Philip’s decision (which, let’s be honest, was probably a rather easy one to make) was King Edward VIII‘s bold move to abdicate the throne after less than a year when he married Wallis Simpson, an American (gasp!) divorcee (double gasp!). Wallis was still technically married to her second husband when she and the then King of England fell in love, so their relationship was ripe with drama from the start, but especially because the Church of England has very strict rules, namely that it forbade divorce and remarrying remarrying if one’s former spouse was still alive.That’s two strikes right there.

(Interesting to note that Prince Harry technically had to get his grandmother’s approval to marry Meghan Markle, who is divorced, which the Succession to the Crown Act 2013 demands.) 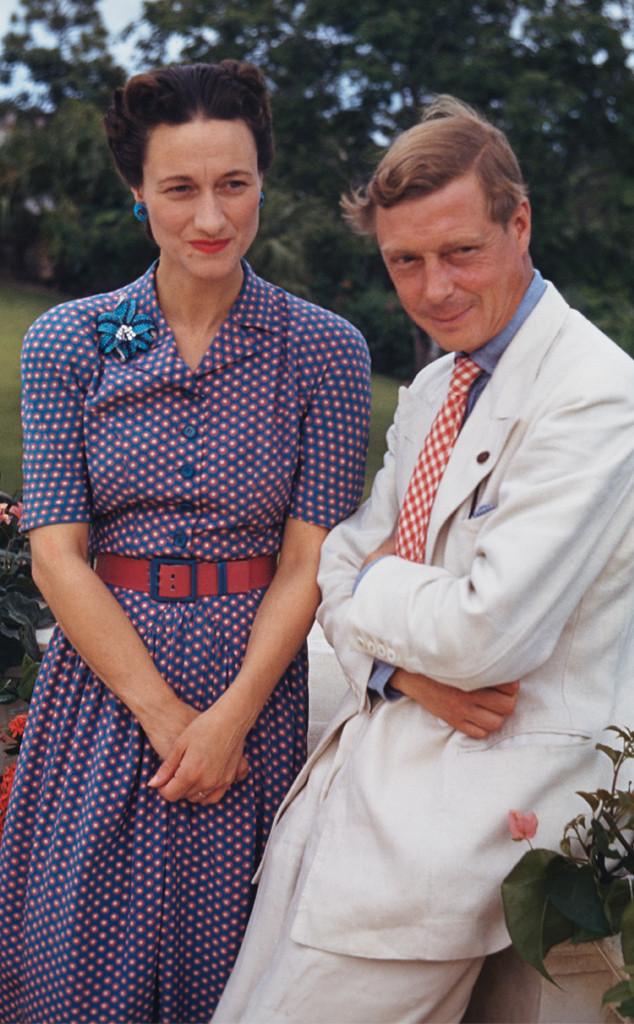 Still, Edward and Wallis wed in 1936 (None of his family attended), bringing his brief reign to an end.

“I have found it impossible to carry the heavy burden of responsibility and to discharge my duties as king as I would wish to do without the help and support of the woman I love,” he said in his official announcement.

The shocking decision is ultimately the reason Queen Elizabeth ended up on the throne as her father and Edward’s brother, King George VI, took over after his abdication, forever changing the course of the monarchy.

This unapproved marriage along with his known ties to Nazi sympathizers (the couple infamously met Adolf Hitler in 1938) made the exiled couple’s relationship one of the British Royal Family’s most infamous scandals in its long history.

And Edward isn’t the only royal to have their request to marry denied by their government. 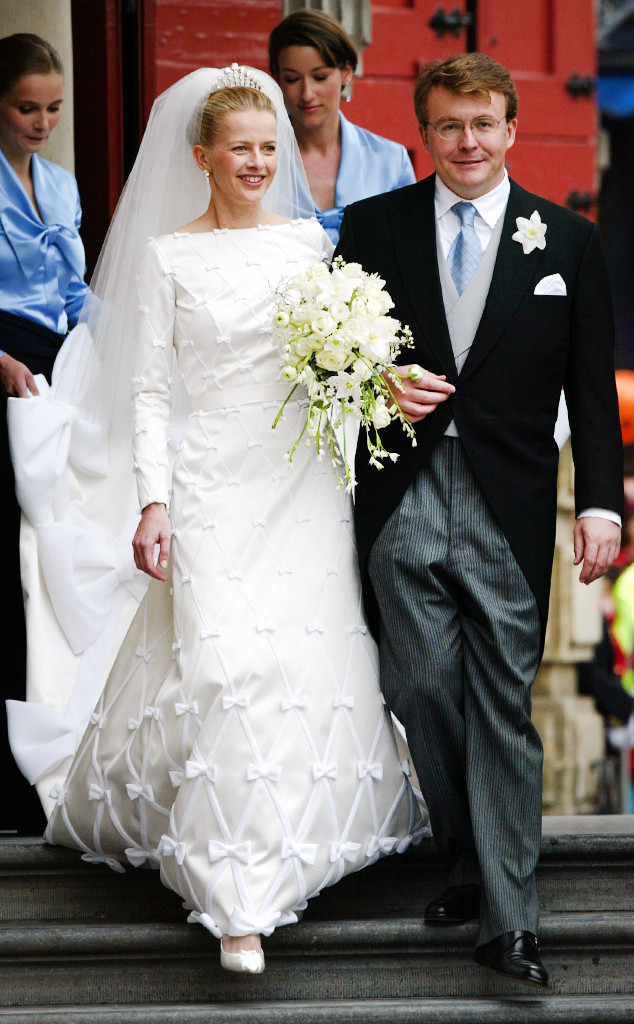 When Dutch Prince Friso of Orange-Nassau (sometimes called “Prince Brilliant) married Mabel Wisse Smit in 2004, he did it without the permission of parliament aka a big no-no for royals. If he wanted to remain a member of the Dutch Royal Family and second in line to the throne after his older brother, Prince Willem-Alexander, it was required by law that the marriage be approved.

Which it wouldn’t have been, as it turns out that Wisse Smit had a previous relationship with one of the country’s most infamous drug lords, Klaas Bruinsma, with Prime Minister Jan Peter Balkenende saying that the couple had provided “incomplete and incorrect information” during the vetting process.

After they married, the couple was still considered members of the royal family, just not part of the Dutch Royal House. After welcoming two daughters, Prince Friso tragically passed away at the age of 44 in 2013, 18 months after he was severely brain damaged in a skiing accident.

Another abdication that was filled with scandal was that of Romania’s King Carol II, who was forced to vacate the throne in 1940 because of his public affair with Elena Lupescu, a French woman he would go onto marry in 1947.

Carol had been married twice before, with both marriages ending in drama because of his illicit affairs and alleged heavy drinking. Carol, then a soldier, technically deserted when he got married the first time, with it later ended in an annulment. His second marriage to Princess Helen of Greece and Denmark came to an end after years of his affairs in 1928.

After being photographed together in Italy by the press, Carol’s affair with mistress Magda became public, with Carol deciding to renounce his rights to the throne, making way for his son Michael, who was 6, to succeed. Eventually, however, Carol returned to Romania and became king, and though Magda was not formally recognized in any way, she was blamed for a lot of the political turmoil going on in the country at the time.

While he didn’t marry Magda until after his forced abdication (with Michael once again becoming king, never forgiving his father for his treatment of his mother, Helen), she was basically his political partner during his 10-year reign, which included bringing an end to democracy and proclaiming himself a dictator.

Following his exile, the couple moved around before settling in Portugal, never returning to Romania before Carol died of a heart attack in 1953.

Lennart Bernadotte, a Swedish Prince born Prince Lennart, Duke of Småland, willingly gave up his title when he was not given permission to marry Karin Nissvandt, making him the first Swede to ever to do so.

During the couple’s 40-year marriage (which included four children), Lennart believed he was treated unfairly by the Royal Court, which even forbade him from using any title, and pointed to that treatment as a reason for their divorce in 1971.

Still, the same year he wed Karin (1932), the family gifted him with the island of Mainau, which he turned into a tourist attraction. He went on to have five more children with his second wife before dying on the island at the age of 95 in 2004.

Of course, men aren’t the only royals who choose love over title, as Princess Ayako isn’t even the first in her family to do so.

In May 2017, royal watchers were stunned when it was announced that Princess Mako, Emperor Akihito’s oldest grandchild and Ayako’s cousin, was engaged to commoner Kei Komuro, giving up her title and palace allowance.

The couple have been dating since 2012 after meeting while both studying at the International Christian College in Tokyo, and were set to wed in November, but the nuptials were abruptly postponed. Rumors of financial woes in his family surfaced, along with reports that the 83-year-old Emperor’s planned abdication and Japan’s heir issues all leading to the decision to hold off on the wedding until further notice. (Some Royal Watchers are speculating that the wedding will maybe happen in 2012 or never actually happen FWIW. Very Princess Margaret, no?)

It is because of our immaturity and we just regret it,” the couple said in a statement to CNN. “I wish to think about marriage more deeply and concretely and give sufficient time to prepare our marriage and for after the marriage.”

Japan’s monarchy is facing a major dilemma, as women are not allowed to reign on the throne since 1947 due to the Imperial Household Law, and they must leave the royal family one they marry. Oh, and royal women’s children have no claim to the throne. (Males in the royal family don’t have this to worry about as even the Emperor married a commoner, Michiko Shōda.)

Their has been public support to change the current law, especially because there are currently only five men in the imperial family, making the line of succession dangerously short.

Also because it’s ridiculously outdated! That too! 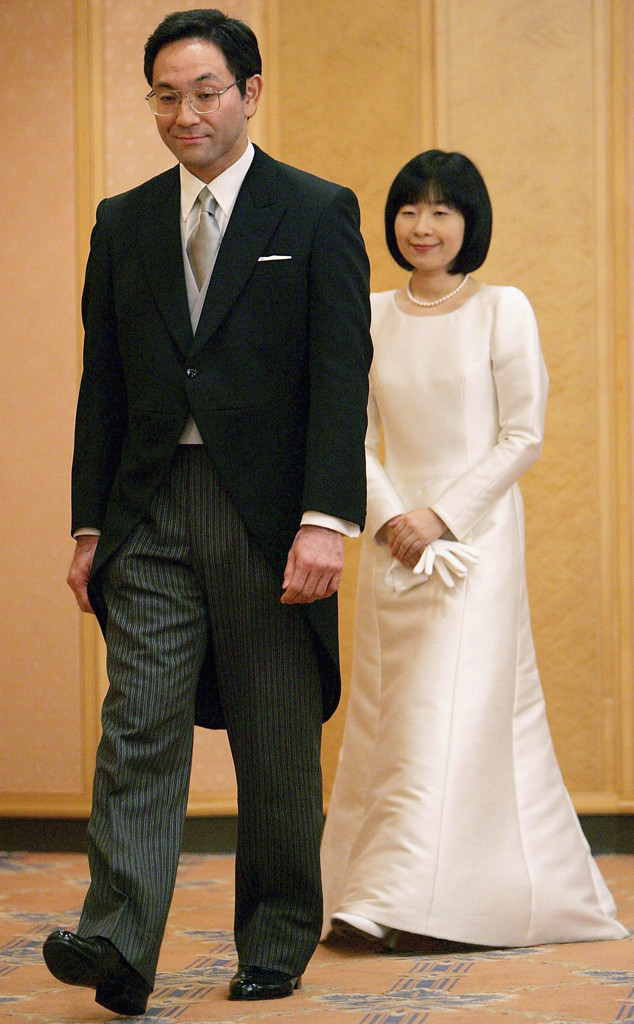 If she does end up marrying Kei, Princess Mako will be following in the footsteps of her aunt, Sayako, Princess Nori, who also lost her status as a princess when she married urban designer Yoshiki Kuroda in 2005. Though they had known each other as children, they reconnected through her brother, Prince Akishino.

It was the first time that an emperor’s daughter has married a commoner, Sayako, who was learning how to drive and buy groceries ahead of her new life as a normal person, opened up about the uncertain future in a press conference ahead of the ceremony.

“The Emperor told me to continue to polish the virtues I have gained in my life so far,” she said. There are many things I still do not know about my life ahead, so I’m not sure how exactly to follow these instructions…But I feel very happy that the Emperor regards my new life as a continuation, not as a complete break.”

In April 2012, Sayako was appointed as a high priestess of the Isle Grand Shrine, assisting her aunt Atsuko Ikeda (another female Japanese royal who had to give up her title and allowance to marry, per the law), who she replaced as the supreme priestess in 2017.

In Thailand, Princess Ubolratana Rajakanya relinquished her royal titles when she married Peter Ladd Jensen, a fellow student at MIT, in 1972. Yep, even being an MIT student isn’t good enough in the eyes of a Royal Court when it comes to potential suitors, people.

Following their wedding, the couple moved to the U.S. where they lived for 26 years before divorcing in 1998. Ubol Ratana eventually returned to Thailand and began participating in royal ceremonies. While she gave up her royal titles, she technically still retains Tunkramom Ying, which means Daughter to the Queen Regent.