AceShowbiz –
Royal guests and celebrities have flocked St. George’s Chapel in Windsor Castle to attend Princess Eugenie and Jack Brooksbank’s wedding. Pixie Geldof, Chelsy Davy and Robin Williams were among familiar faces who were seen arriving at the chapel on Thursday afternoon, October 12.

Dressing up for the event, the guests were all braving strong winds as they made their way inside the venue. Pixie, who stood out in a salmon pink gown, was seen holding her yellow headpiece to avoid it being blown away. The British singer/model came hand-in-hand with her drummer husband George Barnett. 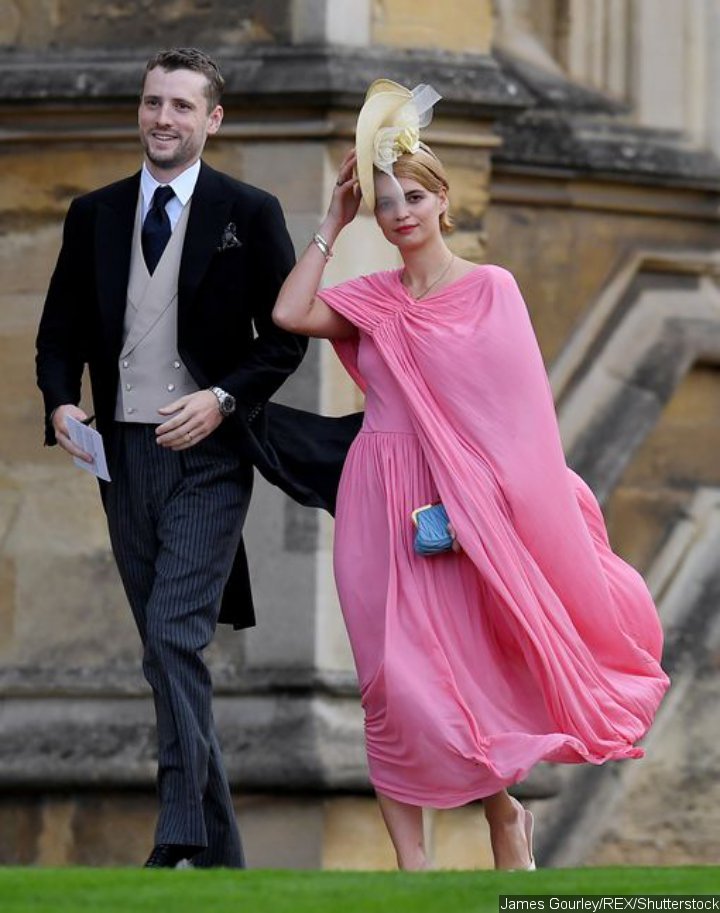 Chelsy also almost suffered fashion faux as she arrived 90 minutes ahead of the ceremony. Wearing a long dark navy dress with semi-sheer sleeves, she wore matching headpiece which she held to stay on top of her head.

The ex-girlfriend of Prince Harry arrived together with Lady Melissa “Missy” Percy, Charlie van Straubenzee and his wife Daisy. She may bump into her ex Harry, who is on the guest list along with his wife Meghan Markle. 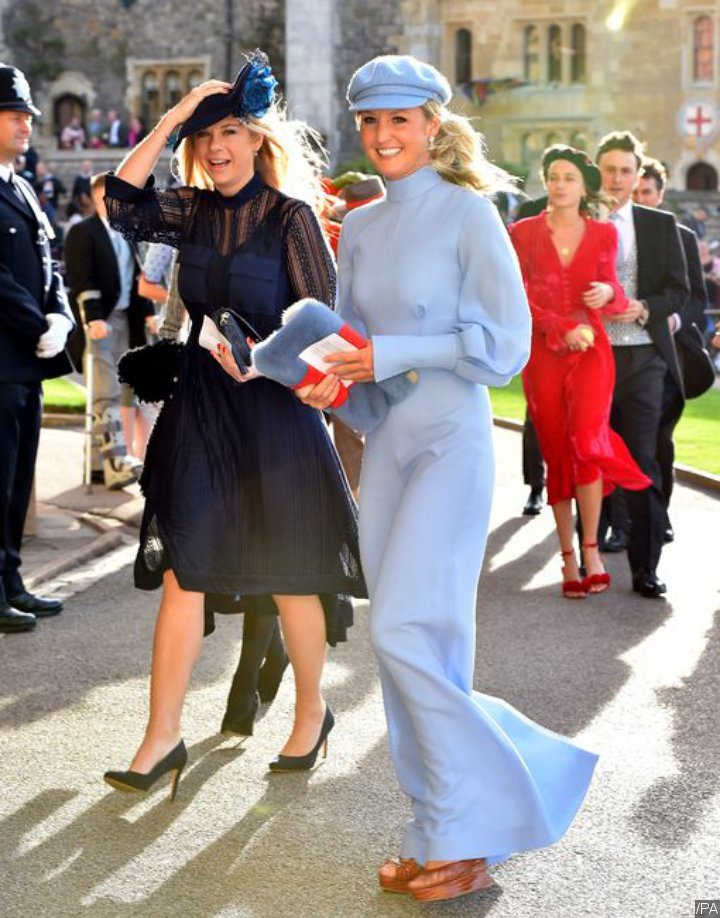 Robbie Williams’ mother-in-law, on the other hand, was not so lucky. Her hat was blown off her head after she arrived with the British singer and his wife Ayda Field Williams. 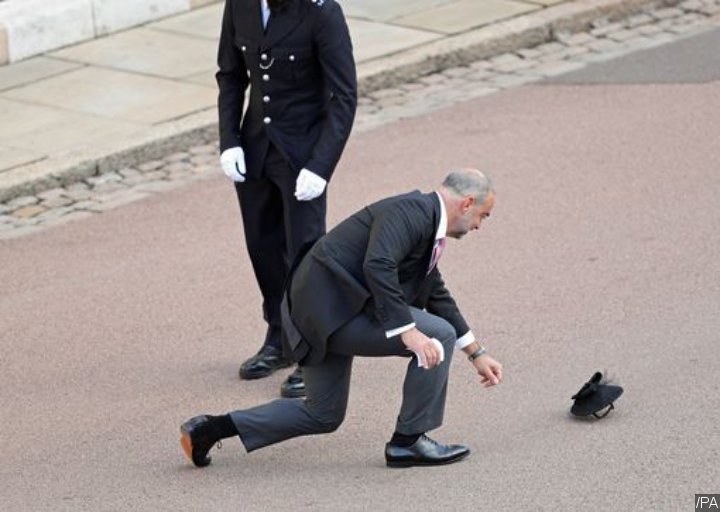 Also seen in attendance was Liv Tyler, who looked modest in a demure, navy suit with a small fascinator. Naomi Campbell, on the other hand, brought high fashion to the royal wedding by wearing a black dress with fringey skirt and sleeves. She completed her looks with a dramatic headpiece, towering heels and pearl necklace.

The wedding ceremony is set to begin at 11 A.M. local time. Princess Beatrice, Eugenie’s elder sister, serves as the maid of honor, while Jack’s brother Thomas has been named best man. Prince William and Kate’s eldest son, Prince George, is on hand as a page boy, while their daughter, Princess Charlotte, will be one of the flower girls.