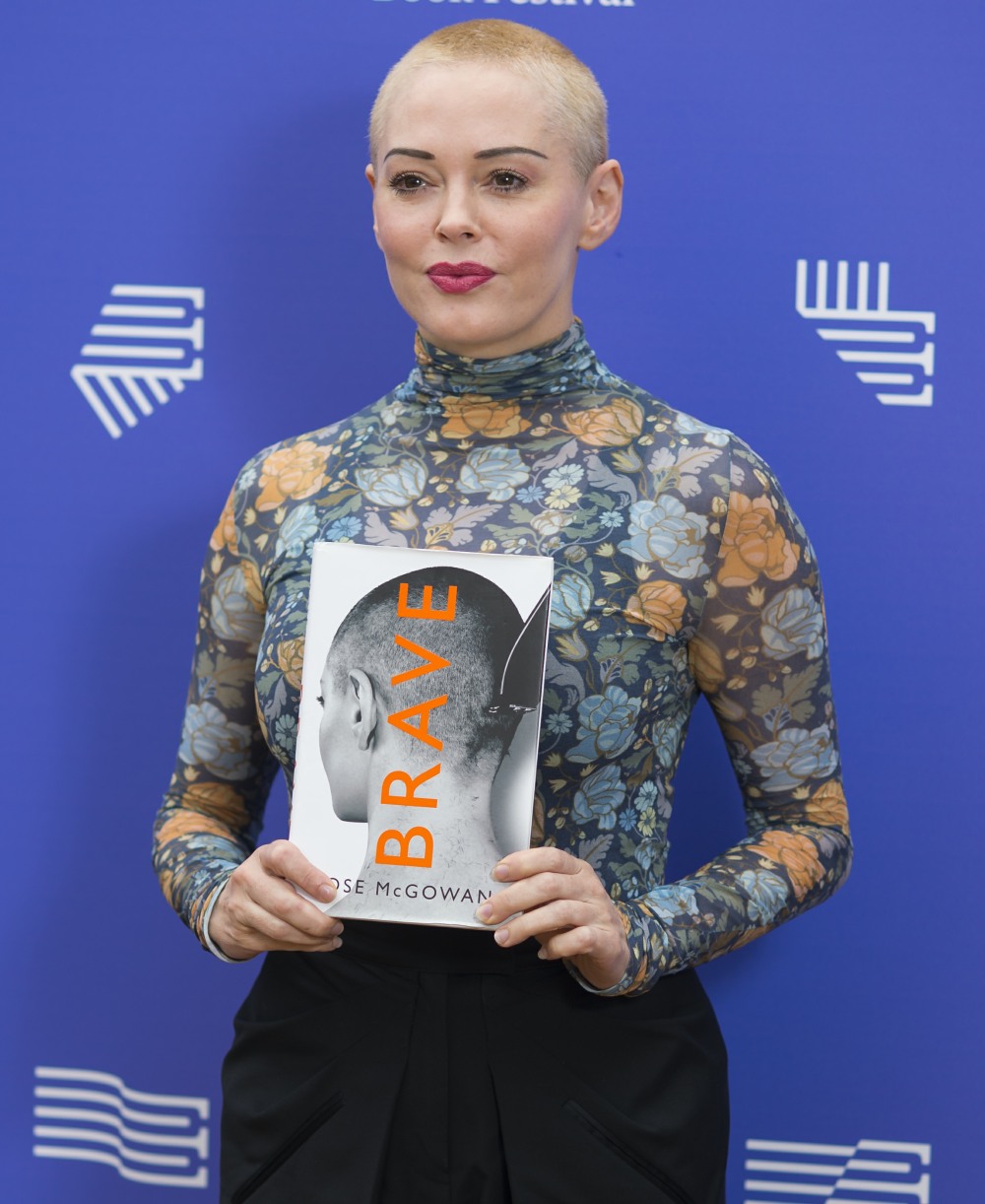 I believe that Harvey Weinstein assaulted Rose McGowan, and I believe that many people were involved in covering up that assault, gaslighting Rose and destroying her career. I can believe all that and still believe that Rose McGowan is an a–hole. It’s not that she wants to tell her story and be believed, it’s that she wants every single person to acknowledge her pain as the most significant, and recognize her as, like, the only person who isn’t complicit, or something? I don’t know. She has delusions of grandeur and she believes that she’s responsible for the entire Me Too and Time’s Up movements (regardless of the fact that she was not even one of the first DOZEN women to come forward publicly). Rose chatted with the Sunday Times Magazine about how she’s the most aggrieved person in the world, or something.

She’s been excluded: The Times says she’s been excluded from “#MeToo campaign lunches” and “survivors’ brunches.” “And I don’t want to go, because it’s all bullsh-t,. It’s a lie. It’s a Band-Aid lie to make them feel better. I know these people, I know they’re lily-livered, and as long as it looks good on the surface, to them, that’s enough.”

She believes Hillary Clinton knew too: “I would take my years of support back [if I could],” McGowan said of Clinton. “Vociferous support. Even against Obama, I backed her.”

Whether she would ever run for office, McGowan replied seriously: “Yes. And I would run as a Republican. Just to f–k it up. Just to blow people’s minds.” While she is no fan of President Donald Trump, McGowan said she does agree with him and his supporters on one thing: “They hate Hollywood for being faux liberals — and they’re 100 percent right about that. It’s a bunch of faux liberals. It’s crap, and they know it is deep down, but they’re living an empty life, and to me that’s their punishment. They get to live the lives they live.”

[From The Hollywood Reporter]

Yes, that’s Rose McGowan: supporting violent misogynists to own the libs. There’s your rape victim Rose McGowan: supporting Republican rape culture to own the libs. It would truly “blow people’s minds” for Rose to run as a Republican, because I guess she’s never heard of Kanye West? She’ll probably claim next week that she was the first celebrity to ever say nonsensical sh-t about politics and threaten to run as a Republican. “I INVENTED KANYE,” Rose will say.

As for the rest of it… my thought on Meryl and Hillary is the same as it was last year: if we believe women when they say they were assaulted and harassed, we should also believe women when they say they didn’t know about a harasser or an assailant. Hillary Clinton and Meryl Streep never doubted the victims’ claims, they simply didn’t know Weinstein behaved that way. And why are we, as a society, stuck on blaming women around Weinstein for his own perverse and predatory actions? 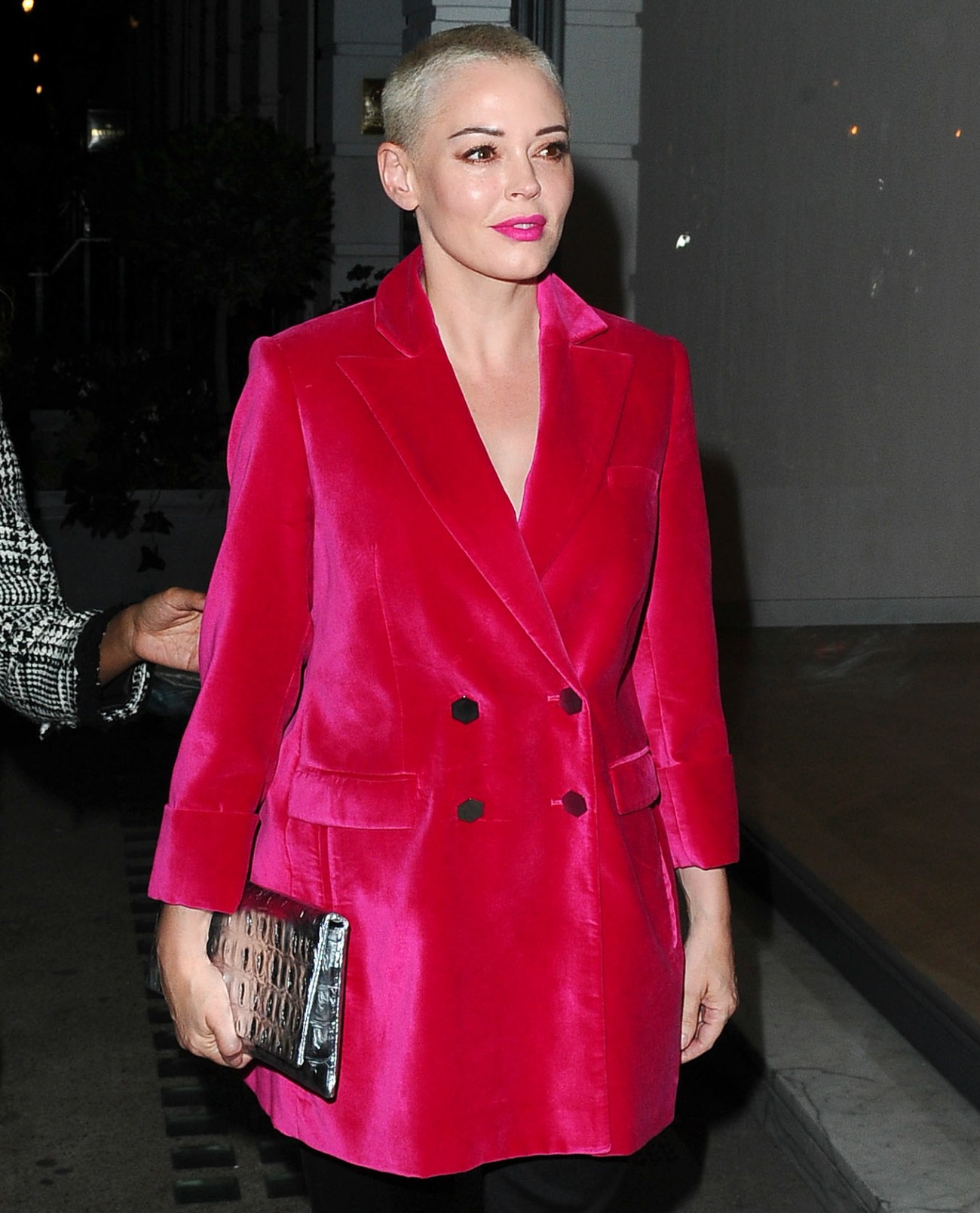 Previous post How old is Maisie Williams, when was she in Doctor Who and who will she play in the new X-men film?