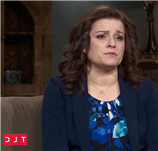 As you very likely know by now, Sister Wives is about to return for a new season.

However, TLC just released an extended trailer for upcoming episodes and now a rather pressing question must be asked:

Will the Browns ever be able to return to normal?

Or will years of tension between spouses, along with the ongoing COVID-19 pandemic, spell doom for a once-happy family unit?

In the footage posted below, each memberr of this famous family is struggling with having been quarantined from each other throughout the spread of this often-fatal virus.

“When it comes to the COVID virus, I’m not willing to gamble a family member’s life,” Kody explains. “I am the only one that’s going from home to home.”

The father of 18 and husband of four decides to therefore remain almost entirely with his only legal wife, Robyn, despite the affect this has on everyone else.

“Do you know what COVID’s brought out, is how much we want to be a family,” Christine says. “We’re not.”

Kody is also engaged in somewhat of a power struggle with Robyn, apparently over COVID rules, guidelines and restrictions.

“Kody is not somebody to be run by one of his wives,” Robyn says … before the clip cuts to a scene of the controversial patrarrch asking her: “Are you the head of the family?”

“It’s pissing me off, they’re looking to Robyn for some kind of approval. I don’t have a head wife in this family.”

This, of course, would be news to most Sister Wives fans.

They labeled Robyn as Kody’s favorite wife a long time ago.

She has dropped hints for many months now that she’s done with Kody, even recently implying that she’s found a new love.

In this trailer, the 52-year old admits she’s “considered everything” when it comes to her personal life; including, we assume, breaking free from an unhealthy relationship.

Christine, meanwhile, said she was done with Kody on the previous season’s finale.

And she doesn’t sound very excited to stick around in this preview, either.

“I don’t know if Kody even wants to see everybody all together again, maybe he’s fine just living separate,” Christine says in a confessional of her own, while Janelle adds:

“I’m at my wits end with this whole bulls— stuff.”

“I would move to Utah in a heartbeat, are you kidding me? Is it on the table still?” she asks Kody in the following viideo, who tells her that everyone else has said no to the move.

“I’m not going to talk to you,” she responds, walking away from the conversation.

“Why would I want to live on the same property with a dysfunctional marriage where right over there, he’s got a full-functioning marriage,” Christine says as the trailer wraps up.

Check out the super teaser above and then scroll down to read the official TLC synopsis of Sister Wives Season 16:

Kody talks to each of his wives about Christine’s desire to move to Utah and gets a resounding no from each of them.

When he tries to talk Christine out of it, she can’t even have a conversation with him and walks out in tears.

A difference of opinions about COVID protocols creates tension between Janelle’s family and Kody and Robyn.

Despite the fact that Meri has no romantic relationship with Kody, she seems to be doing better and managing the drama within the family well.

As the family prepares to start building on their property, they are splitting apart at the seams over the upcoming holidays.

Is the family not getting back together, even for the holidays? With tensions boiling over, more than one wife is questioning the future.