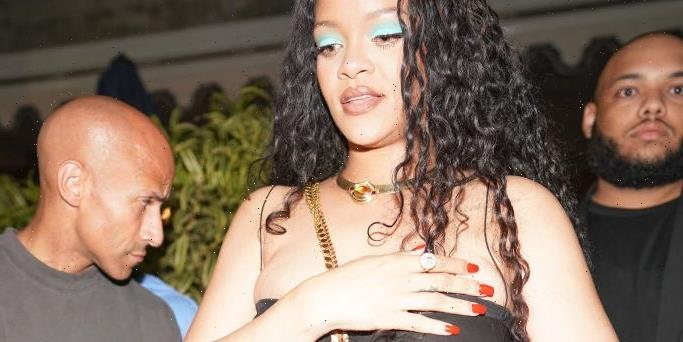 Like many celebrities this weekend, new parents Rihanna and A$AP Rocky were in Miami, Florida, during a whirlwind of events surrounding Art Basel. The international art exposition is also a huge scene for parties and get togethers for the rich and famous. The couple took in some art and then headed to the famous eatery Carbone for dinner in South Beach.

The Fenty Beauty founder was wearing a sheer, strapless black maxi dress, offering a glimpse of her short black bodysuit underneath, which featured a ruched bodice. 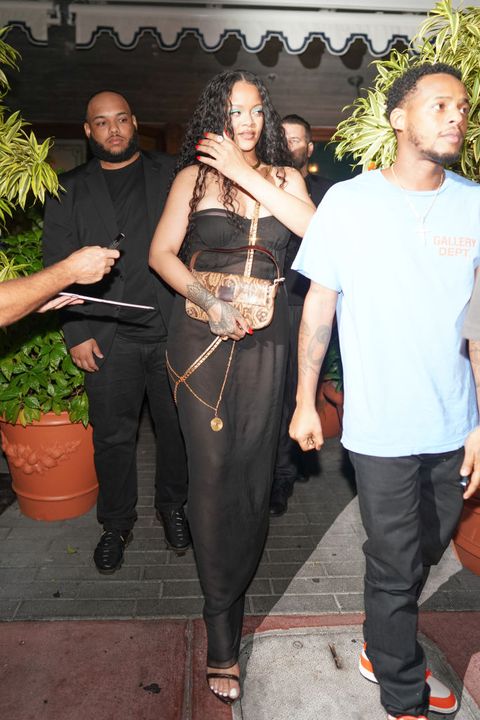 Rihanna was wearing a long gold chain crossways over her body that ended in a pendant hanging over one thigh and a matching thick gold choker. She was carrying a vintage Fendi bag in their patterned brown python Baguette design. On her feet were strappy black sandal heels, revealing her white pedicure. For some color, Rihanna’s nails were painted bright red, and she was wearing an electric turquoise eye shadow. The singer left her hair down in loose curls over her shoulders. 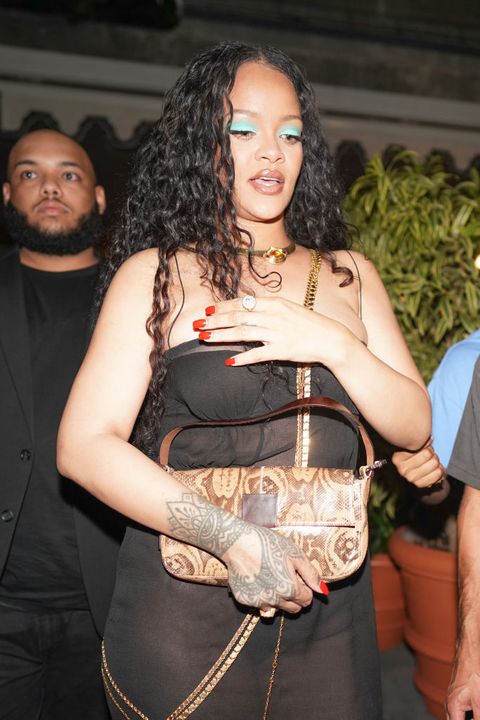 Her boyfriend was wearing a striking striped set, with matching slacks and over-shirt in black-and-white. His hair covered with a Gucci beanie cap in blue, and he wore a white t-shirt underneath. He paired the look with steel tip black leather boots.

Following the birth of their son in May, the couple laid low for a while, but they’ve been seen at more and more events in recent months. Rihanna recently premiered her Savage X Fenty Volume 4 on Amazon Prime, and released two songs for the new film Black Panther: Wakanda Forever. She also agreed to perform at the Super Bowl Halftime Show in 2023 and is supposedly recording her ninth studio album. Fans have been hoping for her follow-up to 2016’s Anti for a long time. 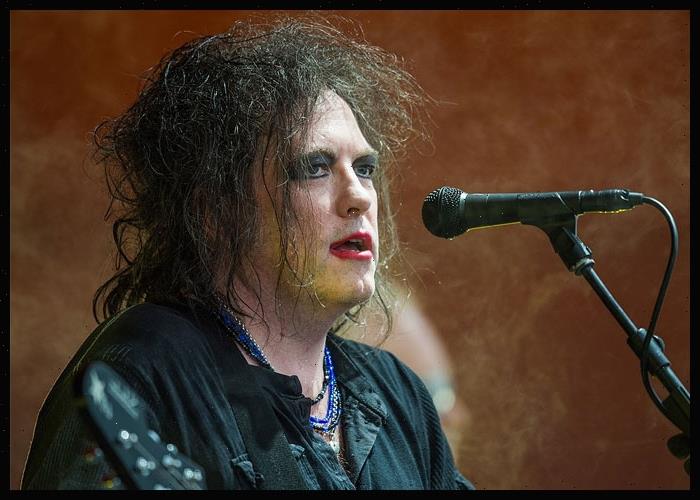