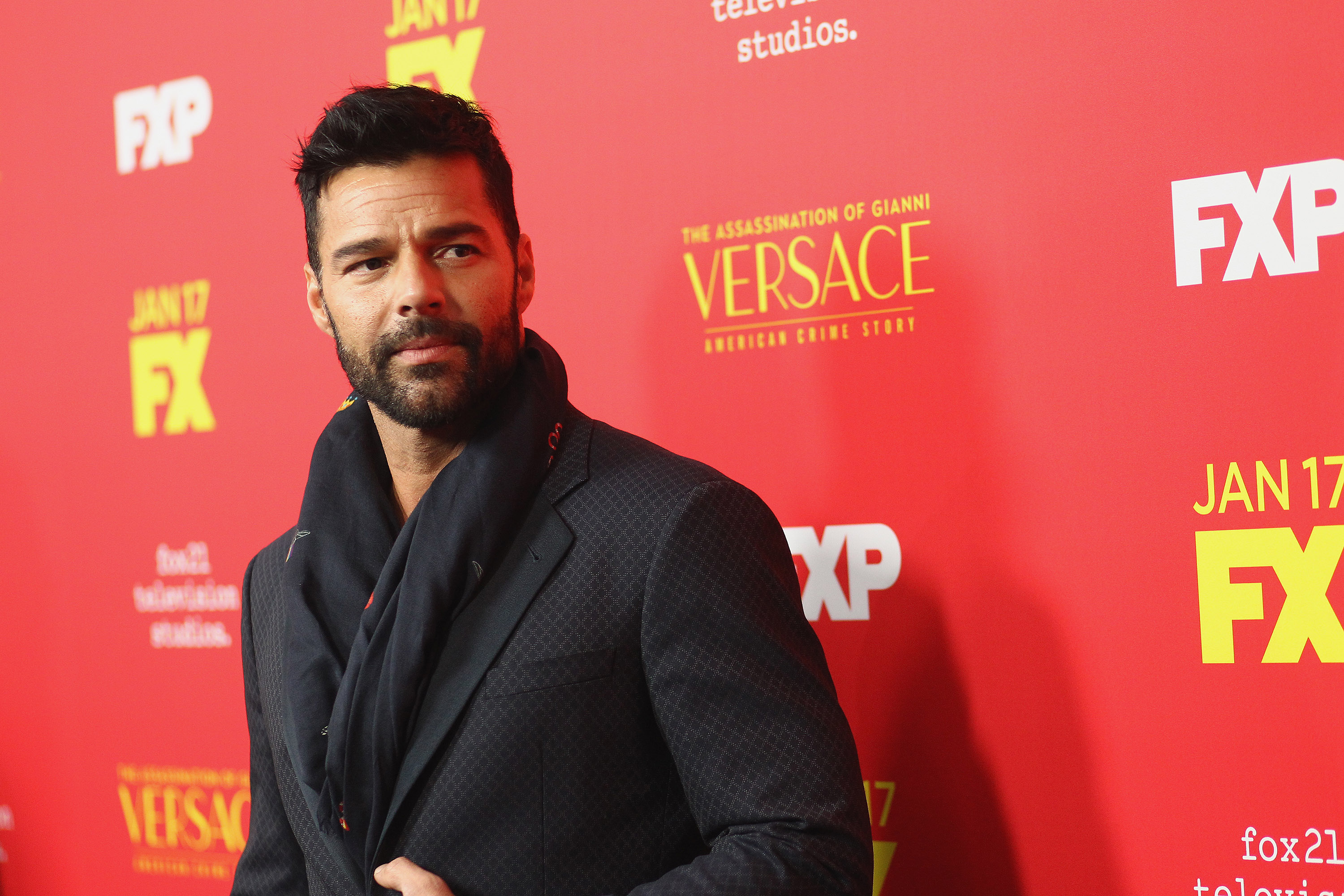 Ricky Martin has denied allegations levelled against him in a domestic abuse restraining order filed in Puerto Rico.

A complaint was made against the singer under Law 54, also known as the Domestic Abuse Prevention and Intervention Act. However, authorities did not reveal the petitioner’s name.

A rep for the singer, 50, said: ‘The allegations against Ricky Martin that led to a protection order are completely false and fabricated.’

They added to People: ‘We are very confident that when the true facts come out in this matter our client Ricky Martin will be fully vindicated.’

Police have reportedly attempted to issue the restraining order in Dorado, Puerto Rico, where the singer is from, but have been unable to locate him.

Police spokesperson Axel Valencia told AP: ‘Up until now, police haven’t been able to find him.’

According to AP, Valencia added that the order prohibits Martin from contacting the person who filed it.

He reportedly added that a hearing will later be held, where a judge will determine whether the order should remain in place or be lifted. According to the outlet, he said such orders are usually in place for at least a month.

AP also reports that he said the petitioner did not contact the police, which would involve considering if there is enough evidence to file charges, but straight to the court.

Martin has sold more than 70million records worldwide, and has two Grammys and five Latin Grammys to his name.

Metro.co.uk has contacted reps for Ricky Martin for further comment.