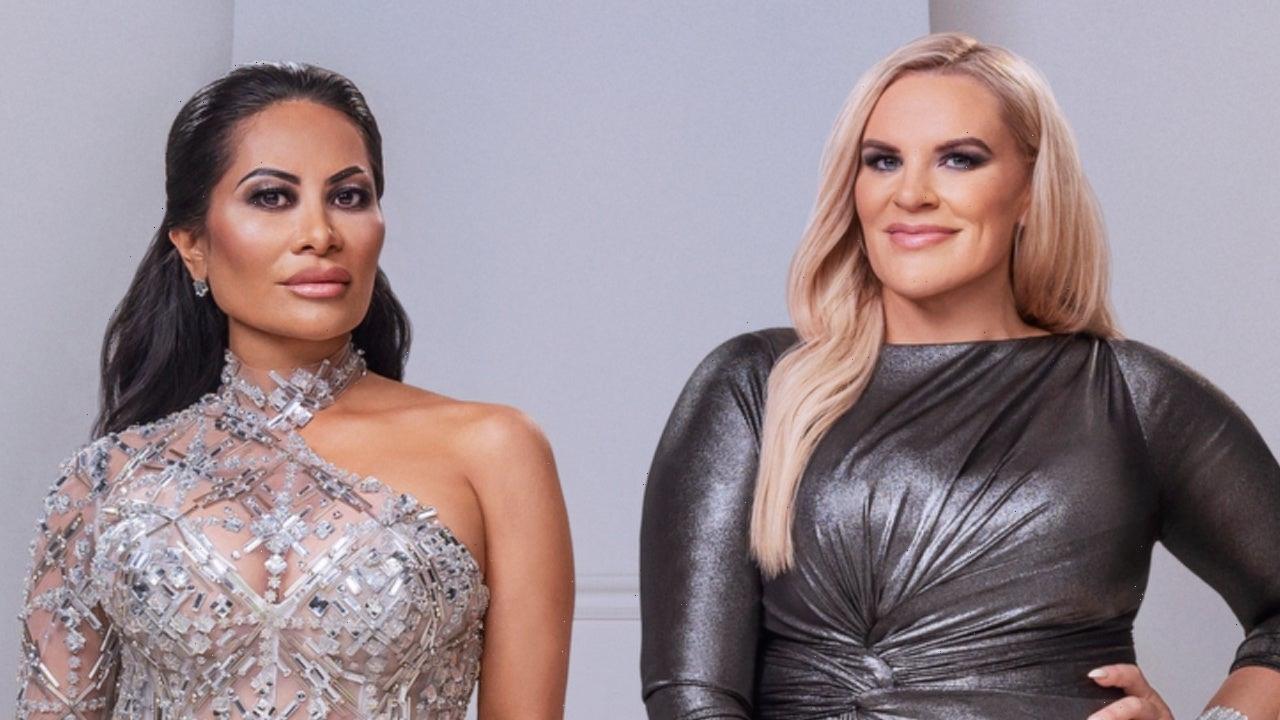 Real Housewives of Salt Lake City star Heather Gay is opening up about Jen Shah’s high-profile legal troubles. The reality star reflected on being at the scene of Shah’s arrest in March.

“I have been dying to talk about this publicly,” Gay told co-hosts Porsha Williams and Gizelle Bryant during Thursday’s episode of Bravo’s Chat Room.

According to Gay, the arrest — which occurred in March — went down while the RHOSLC cast were all together and gearing up for a cast excursion.

“It all happened live time, real time, active filming,” the reality star recalled of the incident. “We were all together. Jen was there. We were getting ready to leave for a cast trip, we were just sitting at Beauty Lab getting our last minute things, making sure everything was squared away.”

“Jen had to leave, and then everything happened,” added Gay, who admitted that when FBI and police first showed up to Beauty Lab, which she owns, she was “terrified.”

“I was pinned against the wall. I thought they were coming for me!” she said with a laugh.

Bravo cameras were ready and rolling when authorities showed up to place Shah into custody. In April, Shah pleaded not guilty to federal charges of conspiracy to commit wire fraud and money laundering in an alleged long-running telemarketing scam.

Stuart Smith, who has appeared on RHOSLC with Shah, was also indicted for the alleged scheme and arrested and also pleaded not guilty.

Gay also addressed her own relationship with Shah since the arrest and said she’s been maintaining open contact and trying to help as much as possible.

In June, Shah filed a motion to dismiss the charges against her. In court documents obtained by ET, Shah asked for the indictment against her to be dismissed due to “legal and factual insufficiency” and suppression of evidence.

In the court documents, Shah claimed she was “emotionally off-balanced from the strange series of events, and thought I might have been the victim of false identification.”

Shah claimed she never got a clear answer on if she was being placed under arrest, and thought that she might be in danger and that the police might be there to help her. Additionally, she claimed that although the detective read her her Miranda rights and she signed a copy, she was unable to read the document because her contact lenses were dry and her vision was blurry.

Shah also claims she was never told that their entire conversation was being recorded, stating, “I did not know the purpose of the conversation or what, if anything, I was being charged with until close to the end of the 1-hour, 20-minute interrogation.”

The New York Police Department is alleging that Shah and Smith have “hundreds” of victims in an alleged scam that ran for at least nine years, starting in 2012 and going on until March.

A judge previously ruled that Shah must sign a $1 million personal recognizance bond secured by $250,000 in cash or property and have the signatures of two “financially responsible persons” for her continued release. She is to have no contact with any co-defendants, victims, or witnesses except in the presence of council.