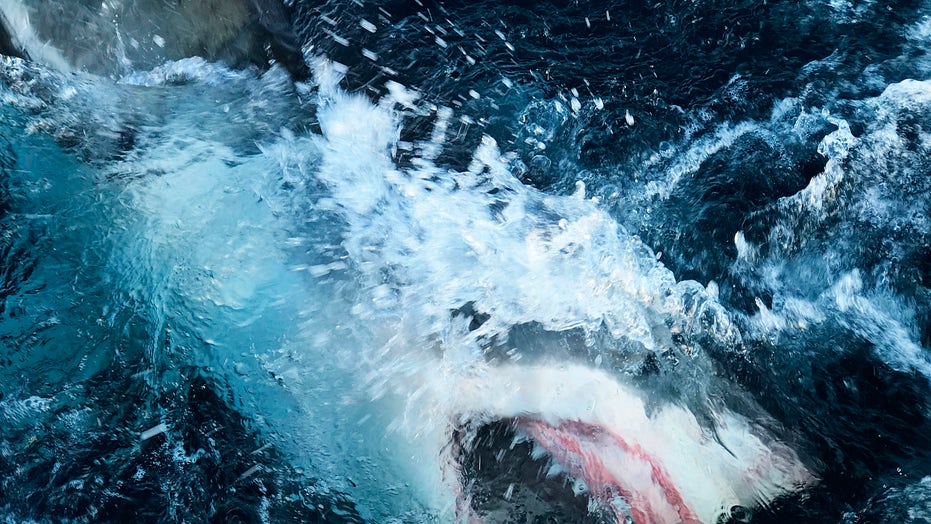 Since "Air Jaws" debuted on the Discovery Channel back in 2001, the series has given audiences a glimpse of some of the most exciting visuals of great white shark breaches.

"This has to be the ultimate air jaws breach," Fallows continued.

"Air Jaws" sees three teams of researchers using decoys, drones, and underwater cameras to count the number of breaches while collecting data on hunting techniques to see if the shark population is rebounding, according to the Discovery Channel

On Sunday, the latest episode saw experts use different methods for capturing a shark breach off the shores of Seal Island, South Africa. One expert attempted to take a night image, while another used a drone camera to record their attempt, according to Yahoo Entertainment.

Fallows, however, used a tow camera to capture the breach he estimated to reach 15 feet above the water, setting a new series record.

SIMON COWELL UNDERGOES SURGERY FOR BROKEN BACK AFTER BIKE ACCIDENT

Users on social media shared their enthusiasm towards the record breach, which highlighted the 20th anniversary of the series.

"That breach was incredible!!" one user remarked.

"That last breach!!!!" another wrote.

"Absolutely Beautiful! That was amazing!" another remarked.