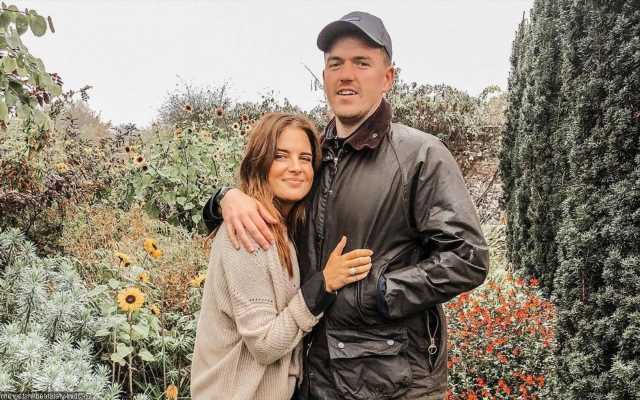 The ‘Made in Chelsea’ star is officially a married woman as she has exchanged wedding vows with Max Fredrik Darnton only two months after welcoming their first child.

The new parents announced their engagement in a sweet social media post last September (20), after dating for 19 months, and gushing about the low-key wedding, the bride told the magazine her wedding was “the most perfect day.”

Her groom added, “It’s amazing. To be honest, it felt official when Wolfie was born, because of him and India being siblings, but getting married has cemented it.”

The newlyweds have revealed they plan to do it all over again next year (22), throwing a grander wedding party in Greece if travel restrictions prompted by the coronavirus allow.

Max told Hello!, “We’ve hired a big boat to sail around the coves, go snorkeling and have a BBQ on the beach. We’ve rented a cliffside venue for the day of the wedding then we’ve hired a private beach restaurant for the day after.”

And his thrilled wife is happy there’s no rush ahead of their ceremony.

“I’ve got a whole year to get ready for the next wedding!” smiled Binky, who is also mum to three-year-old India, her daughter from her romance with Josh ‘JP’ Patterson.