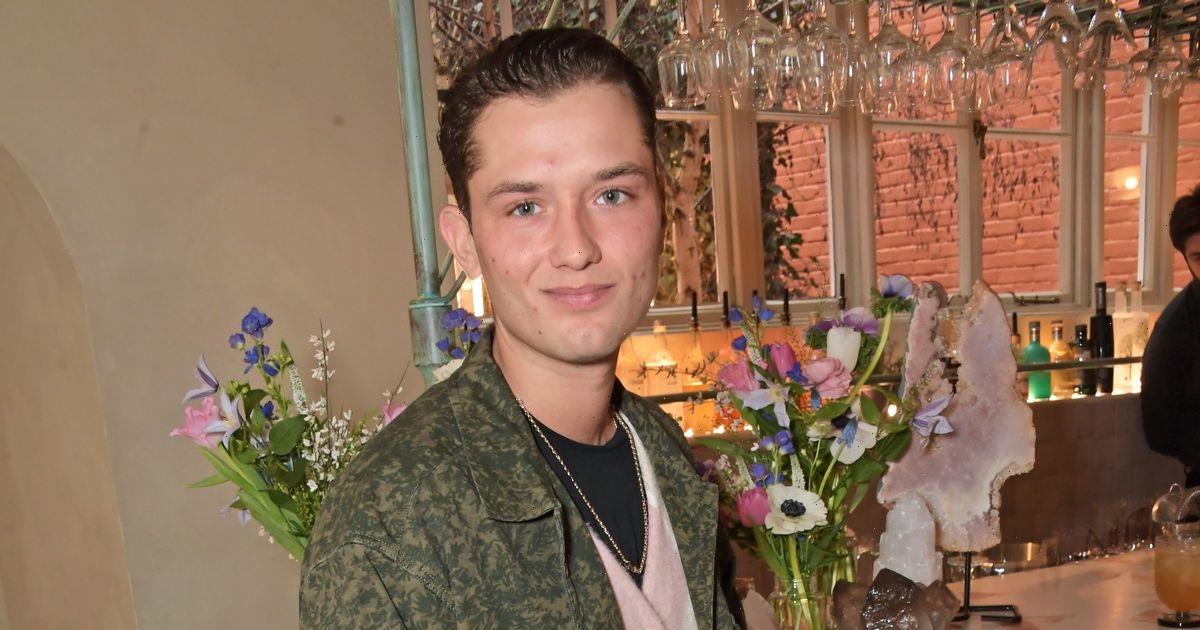 Rafferty Law was recently snapped attending an event in London alongside his famous mum Sadie Frost.

The 26 year old looked the spitting image of his Hollywood star father Jude, 49, as he posed for a series of photographs.

Rafferty, who was recently linked to TOWIE star Frankie Sims, was supporting Sadie, 56, as she hosted an intimate lunch at Browns in London.

The lavish event marked the launch of Sadie's new athleisure line, Frost Body, and they were joined by a whole host of the actress' close pals.

Rafferty, who is the oldest of Sadie and Jude's three children, cut a casual figure in black trousers and a pink and cream patterned cardigan.

He also added a khaki green jacket to his outfit, and accessorised with a thin gold chain with his hair slicked back.

Fashion designer Sadie looked typically trendy at the bash, as she donned a black satin shirt and statement pink leggings from her own collection, which retail at £110.

The 56 year old wore platform black ankle boots and opted for a natural make-up look for her lavish lunchtime event.

The duo looked to be in good spirits as they posed for a series of pictures together, including several shots where they jokingly practised their best yoga poses.

Sadie met actor Jude while they were both working on hit film Shopping in 1994, and they quickly fell for one another.

The couple welcomed son Rafferty, who is now an actor and model, in 1996, before going on to tie the knot in 1997.

Sadie and Jude then welcomed a daughter called Iris in 2000, followed by another son, Rudy, who was born in 2002.

The famous pair's romance sadly came to an end not long after, and their divorce was finalised in October 2003.

Jude went on to date Sienna Miller for two years, before enjoying a brief romance with model Samantha Burke.

Jude and Samantha share a daughter together, and the actor welcomed his fifth child in 2015 with Catherine Harding. He married girlfriend Phillipa Coan in 2019, and she gave birth to Jude's sixth child in September 2020.

Sadie shares son Finlay with ex-husband Gary Kemp, who she wed prior to meeting Jude.

For all the latest celebrity gossip, sign up to our daily newsletter here .