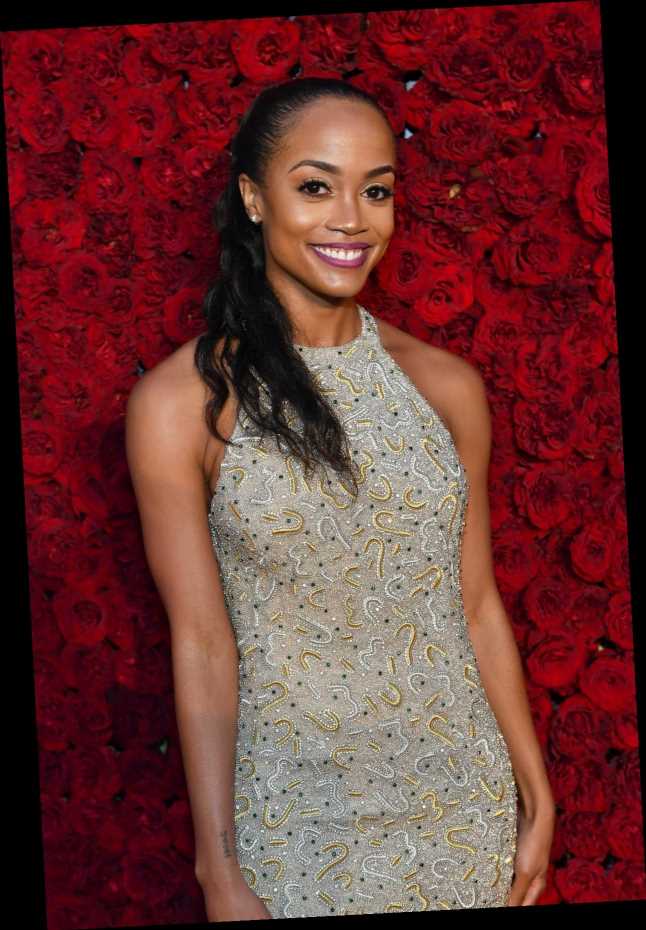 As you’ve likely heard by now, Clare Crawley and Dale Moss reportedly decided to kiss and make up, and one former Bachelorette is not here for it. Rachel Lindsay’s reaction to Clare Crawley and Dale Moss’ reunion doesn’t hold back, as she thinks Moss isn’t in it for the right reasons. "I’ve said he’s in this for the fame. I’ve said he used my poor girl Clare. I stand by those statements," she said during the Feb. 23 episode of the Higher Learning With Van Lathan and Rachel Lindsay podcast. "I’m not gonna take that back because I’ve seen them flaunting their relationship in Florida and having a good time."

According to Lindsay, she "spoke with Clare about two weeks ago," and based on their conversation, she is "just a little shocked by what I’m now seeing." However, though her feelings about Moss haven’t changed, Lindsay said that as long as Crawley is happy, she’s happy. "My girl looks happy," she added. "I’m happy for Clare."

Reports of a reconciliation between Crawley and Moss first began circulating after multiple sources shared pics that seemingly showed the exes hanging out together in Venice, Florida on Feb. 16. Considering how messy their January breakup had been, fans were more than a little shocked by the reported reunion.

"Dale had regret over everything that happened between him and Clare and has been reaching out to her recently," a source reportedly close to Crawley claimed to E! News on Feb. 17. "She finally caved and decided to answer his calls and talk it out with him." However, the insider reportedly claimed the two weren’t officially back together just yet. "She’s been trying to move on but it’s been very hard. She wanted to see him in person so she flew to Florida to be with him," the source reportedly added.

Just two days later, a source for Us Weekly reportedly claimed Crawley and Moss were officially back on. "Dale has been pretty secretive with friends when they’re asking if he’s back with Clare, but it’s obvious to everyone that they’re back together," the source reportedly claimed. "They’re just figuring things out and enjoying spending time together."

Crawley seemingly confirmed their reconciliation on Feb. 21 when she posted a pic on Instagram that included Moss’ feet in the background. To make things even more sus, Crawley was also wearing a silver band on her left ring finger in her pic. Hmm…

https://www.instagram.com/p/CLkvNzNnwuk” data-shortcode=”CLkvNzNnwuk” data-instgrm-captioned>It’s not a surprise Lindsay isn’t happy with Crawley and Moss getting back together, especially considering how she reacted to their split. "I’m so disappointed by this breakup because I was down for Clare and Dale," she told Us Weekly during a Feb. 4 interview. "I am close with Clare. I love Clare. She was so happy with Dale."

She added, "It seems like Dale is all about himself. It seems like he wants to be in the spotlight. I find it a big coincidence — maybe not so much of a coincidence — that he keeps finding his way to a camera or to his Instagram Lives. Get off." Yikes.

But like Lindsay said, if Crawley is happy, then I’m happy for her.