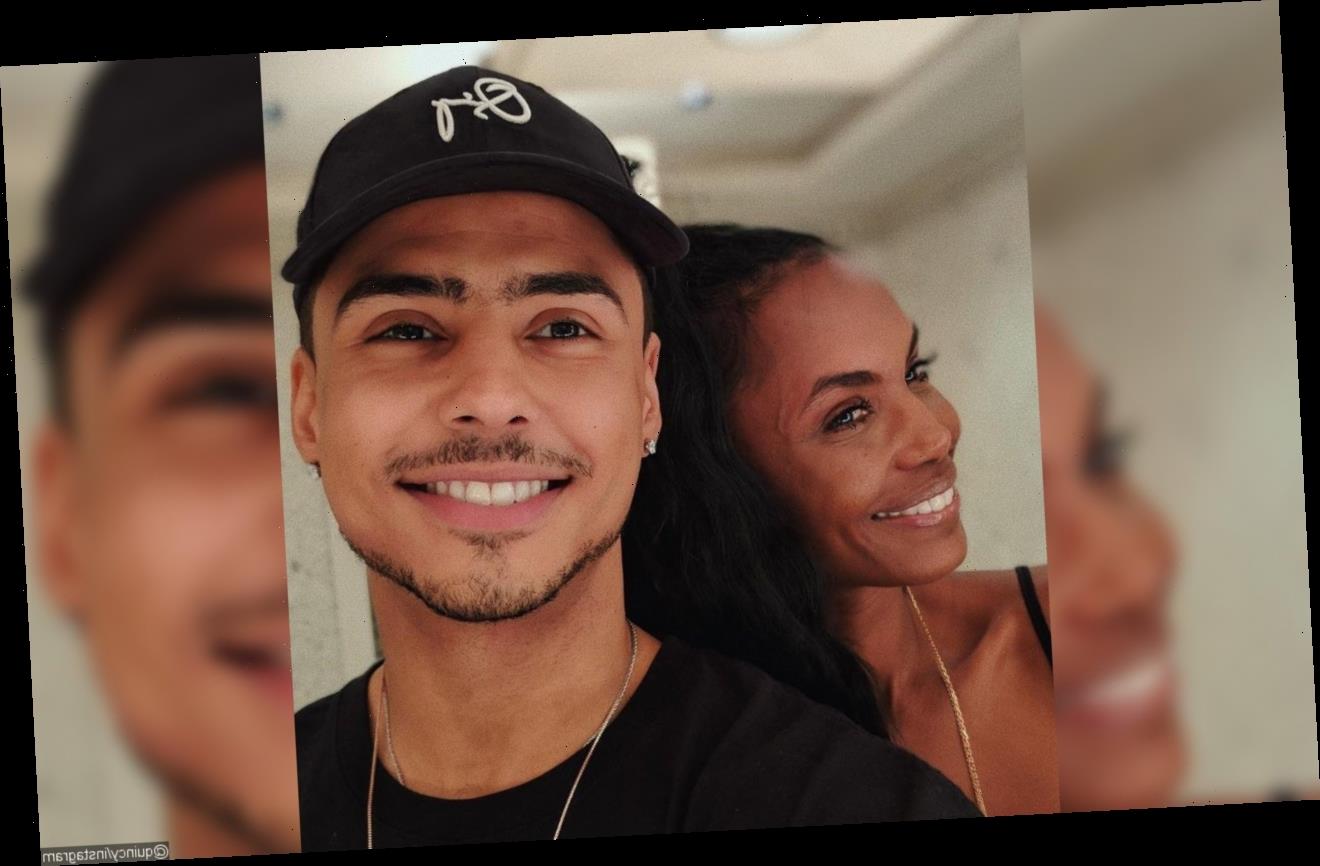 Celebrating the Women’s History Month, the ‘Power Book 3’ actor takes to his social media to praise the first lady of hip-hop and shares how she taught him to be unique.

AceShowbiz –Quincy Brown has paid another heartfelt tribute to his late mother. More than two years after Kim Porter passed away unexpectedly at her Los Angeles home, the “Power Book III: Raising Kanan” star celebrated Women’s History Month by raving over the significant impact his mother had on his life.

On Monday, March 22, the 29-year-old used his partnership with Google for a new campaign to share his loving note for her. Through a video he posted on Instagram, he began praising her as saying, “Kim Porter was coined the First Lady of Hip Hop, a trailblazer, a trend-setter for Black girls everywhere, but for me, she simply was my mama.”

Wearing his mother’s favorite purple color, the adopted son of Sean “P. Diddy” Combs further expressed his love for the late model. “She filled my life with a multitude of firsts. She was there to give me hugs and kisses and just fill my life with pure unconditional love,” he detailed.

Quincy continued sharing how Kim motivated him to be “unique” even if it means going against the grain. “I was a rebel growing up, my thoughts were different, ideas were different. Especially everyone else in school,” he recalled. “But, she was the first to let me know…you know…what separates me is what makes me that much more unique, that much more me.”

“She’s the first who challenges my thoughts,” he went on saying, before noting the life values she instilled in him. “She really knows me for me. She’s also the first who teach me how to trust my instinct, listen to my soul.” He added how his mom taught him not to “settle because it’s too easy,” and pointed out, “And as I grew, I feel like we have so much in common that I’ve ever thought.”

In the caption of Quincy’s tribute, he wrote, “To all women around the world it’s because of YOU in every way which all things are possible. It’s the WOMEN for ME! Celebrating international women’s month by giving the one I love most a moment of reflection. I love you mommy.” He then invited fans to follow suit by sharing the female first that inspired them.

Quincy shared more about Kim in an interview with PEOPLE. “I chose to highlight my mom [for Women’s History Month] because she definitely was and still is the most important woman in my life,” he said. “Any time something comes across my way and I think of her first, that means something and this is one of those no-brainers. She’s had that much of an impact on me to where I can talk about her every day for the rest of my life.”

This was not the first time Quincy paid homage to Kim. Back in 2019, he posted on Instagram a photo of himself wearing an orange hoodie with a photo of his mom on it. At the time, he said nothing but a simple word of “LQVE” in the caption. That same year, he attended Rachel Zoe‘s Zoeasis Coachella party at the Parker Palm Springs hotel wearing a jewelry piece in honor of his late mother.

When speaking about the sparkler, Quincy told The Hollywood Reporter, “Yes, the [round diamond-trimmed pendant] is a portrait of my grandmother and my mother at a very rare age. My mom was maybe 13 years old here; it’s a very, very special photo. Rest in peace to both of their souls!” He added, “With this around my neck, I have no worries, I have no fear.”