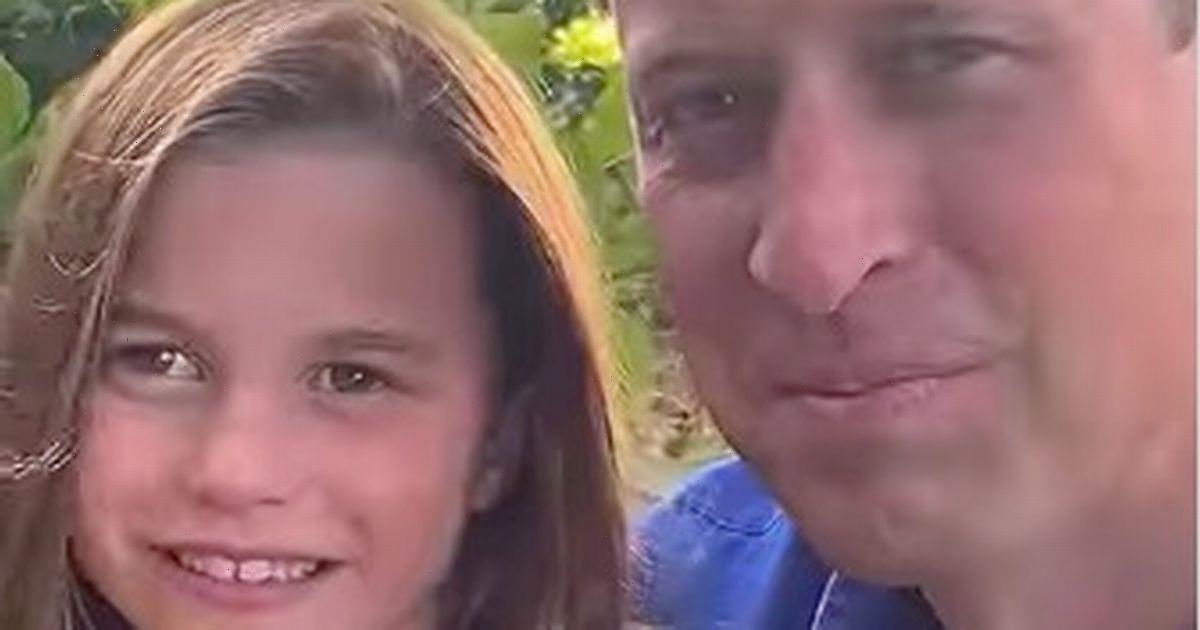 Princess Charlotte has wished England's Lionesses good luck as she appeared in an adorable video next to her doting dad Prince William.

Ahead of the big game, William, 40, who is both a football fan and the FA's president, and his seven year old daughter took to Instagram to share a supportive message.

William, who reportedly doesn't want to "weigh son George down" with the "burden of being King", was all smiles in a blue denim shirt as his daughter cuddled him with a blue and white polka dot T-shirt on. "We both want to wish the Lionesses the best of luck for tonight. You've done amazingly well in the competition and we're rooting for you all the way," William said.

Chiming in, Charlotte then shared: "Good luck, I hope you win. Bye!" as she waved her hand and smiled for the camera.

In the caption, they added: "Good luck tonight @lionesses, we’re all cheering for you!"

The official Instagram account for the Lionesses was quick to respond as they commented: "Thank you so much!" with a smiling emoji.

And fans of the Royals took to the comments section to gush over the daddy-daughter duo as one person wrote: "Soooo cute," with a heart eyes emoji.

William, who recently celebrated his son George's ninth birthday, also congratulated the football team when they beat Sweden 4-0 in the semi-final.

At the time, the Duke of Cambridge said: "The entire country is so proud of everything you’re achieving. We believe in you and will be with you all the way!" The semi-final got off to a nail-biting start, until England's Beth Mead scored the first goal of the match in the 34th minute.

England then scored another three, giving the Lionesses a comfortable win – and sending them into this Sunday's Euro 2022 grand final.

Following their victory, the team were congratulated by famous including William, England's Men's captain Harry Kane and player-turned-broadcaster Alex Scott.

Alongside a string of applause emojis, Gary Lineker tweeted: "Fabulous performance and win for @Lionesses. Wonderful."

Meanwhile, broadcaster Charlie Webster wrote: "This is just wonderful and special to see. Look at that atmosphere, the crowd, the class on the pitch, the confidence, the tactics. This is England. This is football."