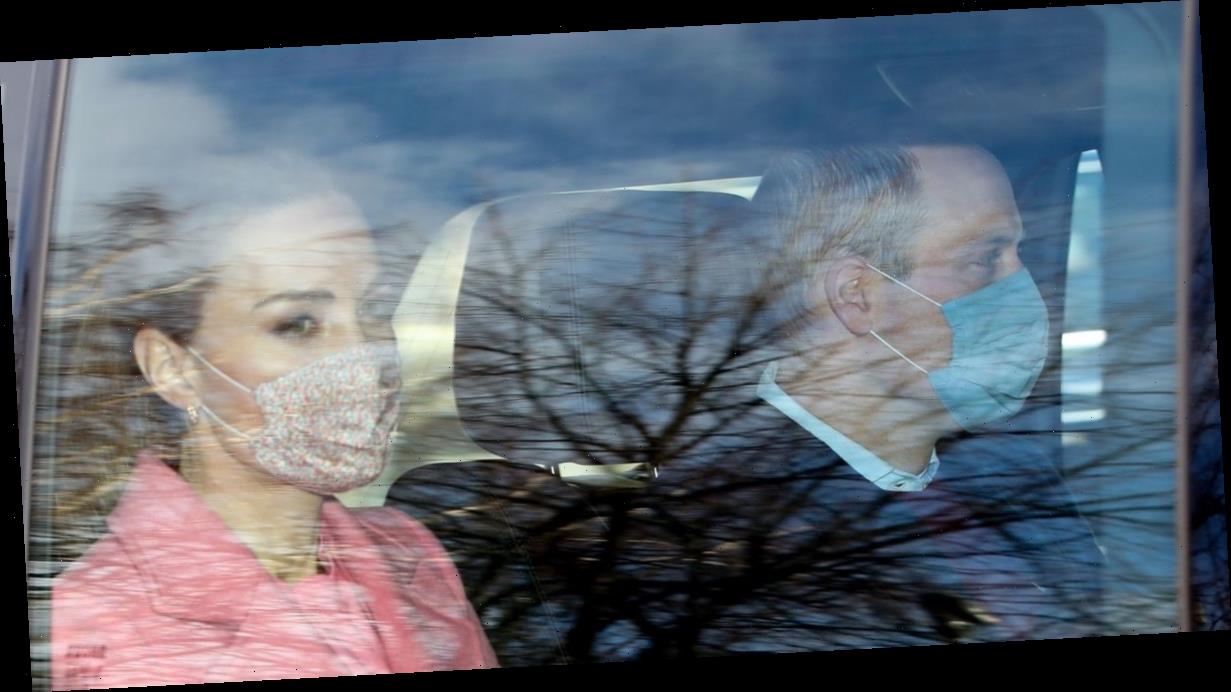 Prince William and Kate Middleton have been seen in public together for the first time since Prince Harry and Meghan Markle's bombshell interview with Oprah Winfrey.

The Duke of Cambridge, 38 and his Duchess wife, 39, were out in London on Thursday morning as they carried out an official engagement, visiting a school in East London.

Kate looked gorgeous in a pastel pink coat, which she matched the top which hid underneath it and teamed with a pair of black trousers.

With her brunette hair scraped back away from her face into a ponytail, Kate finished off her spring day look with a floral face mask and a pair of small gold hooped earrings as she was seen alongside her husband.

William matched Kate's light outfit choice with a baby blue shirt, which peeped from underneath a black jumper as he, too, more a protective face covering.

Earlier this week, William and Kate broke their silence on Harry and Meghan's US interview, which saw them make a number of explosive claims during their time as part of the Royal family.

The day after the chat was broadcast stateside, the couple — who will celebrate 10 years of marriage next month — took to their official Instagram account, Kensington Royal, to share a photo of Her Majesty Queen Elizabeth II during her Commonwealth Day speech.

The snap shoed the 94 year old monarch wearing a blue skirt suit with three pearl necklaces and her favourite chrysanthemum brooch, which she wore on her honeymoon to husband Prince Philip, as she delivered a message about "unity" and "friendship".

The Queen spoke about the importance of keeping in contact with family and friends in these "testing times" amid the ongoing coronavirus pandemic.

It was later claimed that the couple are in "total shock" that Harry and Meghan opted to give the interview, and feel like their issues could have been resolved in private.

A source told Us Weekly: "William and Kate were in total shock after hearing what Meghan and Harry said.

"What shocked them the most was Meghan's suicidal thoughts and their quotes on a royal family member mentioning Archie's skin color.

"William and Kate knew about some of their troubles with palace aides but nothing to this extent. William and Kate feel that these conversations could have been made in private."

The Queen issued a public statement following the revelations, which read: "The whole family is saddened to learn the full extent of how challenging the last few years have been for Harry and Meghan."