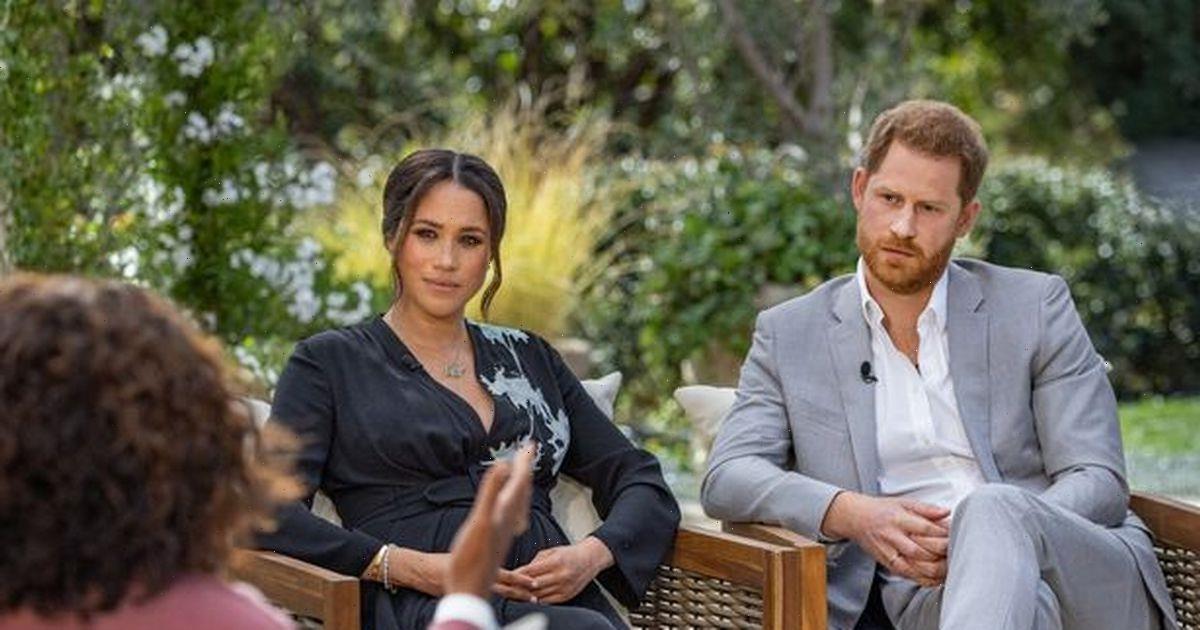 Prince Harry wanted to "rock the boat" with claims he made in his and Meghan Markle's explosive interview with Oprah Winfrey, a royal author has claimed.

The 36 year old and his pregnant wife, 39, sat down with the legendary chat show host, 67, in an interview which aired on both sides of the Atlantic in March.

It was during the interview that the Duke and Duchess of Sussex claimed that Kate Middleton made her cry in the lead up to her wedding day, that Prince Charles and Prince William are "trapped" in The Firm and, most shockingly, that an unnamed member of the Royal family expressed "concerns" over the colour of Archie's skin before he was born.

Ingrid Seward has now claimed that Harry "knew what he was doing" when he made the remarks during the televised interview, and that he "doesn't regret it for one minute."

The Majesty magazine editor-in-chief told Page Six: "He knew what he was doing. I can swear to you that, and he wanted to rock that boat.

"Quite why, I don't understand, but he did want to. And then he did, and I don't think he's surprised by the repercussions or that he regrets it for a moment."

Ingrid went on to say she found it "difficult to understand" Meghan's claims about not receiving mental health support from the Royal family, after she said she felt "suicidal" during her pregnancy with Archie.

The commentator continued: "What she was trying to tell us there? You don't go to the HR department in the UK.

"You go and see a doctor, or you say to your husband, 'Darling, I feel dreadful, I need you to find someone'.

"Harry was in therapy himself, so he must have known people," Ingrid continued.

She went on to claim that Meghan struggled as a senior member of the Royal family because "she has always had a voice and I think she just didn't understand that as a royal duchess, you can't have a voice."

Meghan has recently turned author as she has penned a children's book inspired by her two year old son's bond with her husband, Harry.

Speaking of the literature, Meghan said: "The Bench started as a poem I wrote for my husband on Father's Day, the month after Archie was born. That poem became this story.

"Christian layered in beautiful and ethereal watercolour illustrations that capture the warmth, joy and comfort of the relationship between fathers and sons from all walks of life.

"This representation was particularly important to me and Christian and I worked closely to depict this special bond through an inclusive lens.

"My hope is that The Bench resonates with every family, no matter the make up, as much as it does with me."