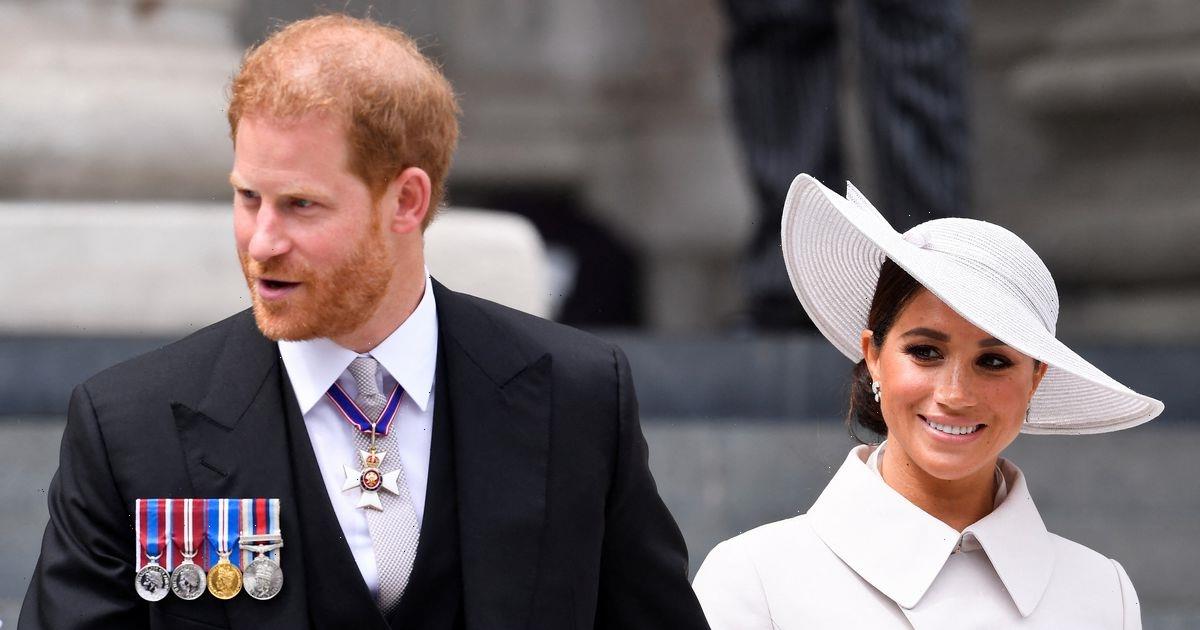 Prince Harry is reportedly “furious” and feels he is owed an apology after he was “largely ignored” at the Queen’s Platinum Jubilee celebrations, a royal expert had claimed.

Harry and wife Meghan Markle only attended one public Jubilee event – the service of thanksgiving at St Paul’s – which took place last Friday.

The couple sat in the second row of the cathedral, across the aisle from Prince William and wife Kate, however the couples did not appear to engage with each other.

The two brothers are also not thought to have met privately during Harry and Meghan’s visit to the UK.

According to royal biographer Angela Levin, who spent a year with Harry writing a biography on him, the prince will be "absolutely furious".

Get exclusive celebrity stories and fabulous photoshoots straight to your inbox with OK!'s daily newsletter.

She toldThe Sun: "I think he would have been very, very upset that he was largely ignored. He still feels he's owed an apology.

"But he's the one who should apologise. He said during the Oprah interview that Charles and William were trapped, he said he'd been cut off by his father.

"You can't just go around being rude about people and expecting them to open their hearts to you again."

It comes after reports that William and Kate “didn’t see much” of Meghan and Harry over the Platinum Jubilee weekend, as the couples maintained their distance following the fallout from the now infamous Oprah Winfrey interview.

Royal expert Camilla Tominey made the claim during a segment on ITV’s This Morning on Wednesday as she sat down to discuss the Jubilee celebrations which saw people around the world band together to honour the Queen’s 70 year reign on the British throne.

“Obviously we saw the two brothers together at the platinum jubilee service at St.Paul’s cathedral. So that was on Friday…” began host Holly Willoughby.

“At a distance,” interjected Philip Schofield.

Holly then continued: "So privately did they get to spend any time together?”

Responding to the question, Camilla then revealed that there was no interaction between the brothers beyond a very frosty appearance at the televised thanksgiving ceremony held at St. Paul’s Cathedral.

“We did write this on Sunday, that there would be no interaction between the Cambridges and Sussexes at all,” she said.

The royal expert then continued to explain that despite reports that stated the siblings were on good terms, it was clear there was still some animosity following Harry and Meghan’s explosive interview with Oprah Winfrey.

She said: “The truth of the matter is, there’s still a lot of residual hurt over the Oprah Winfrey interview, and because of the lack of acknowledgement of the hurt caused from the Sussex side of things, things are still frosty.”

It was during their trip to the UK that the Queen finally got the chance to meet her great-granddaughter, Harry and Meghan's daughter, Lilibet.

The 96 year old monarch met the adorable youngster for the first time last Thursday – the first day of her Platinum Jubilee celebrations.

For all the latest on the Royal Family, sign up to OK!'s brand new Royals newsletter.