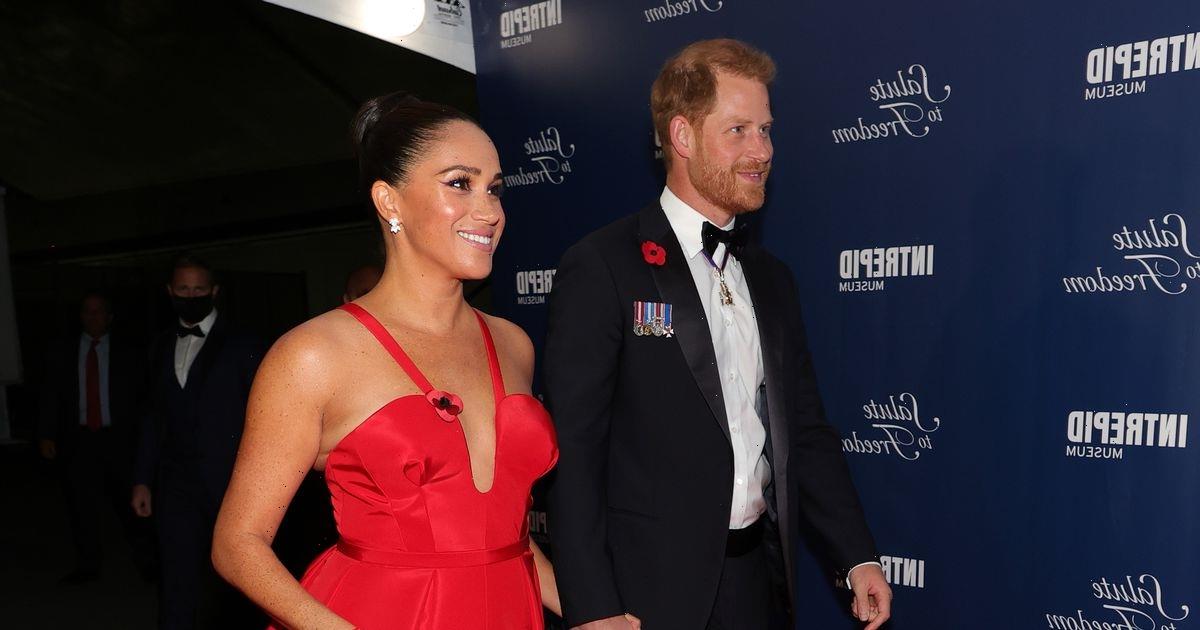 Prince Harry joked about "living the American dream" while attending the Intrepid Valor Awards to honour veterans in New York ahead of Remembrance Day.

The 37 year old, who recently slammed "rabid" and "damaging" media in a bitter speech, discussed his time on hotdog-shaped car "Oscar Mayer Wienermobile" while addressing the audience at the Intrepid Sea, Air and Space Museum.

"It’s wonderful to be back on USS Intrepid a decade after my last visit – and a lot has changed since then," the royal said, before joking: "Just last week, I went for a ride on the Oscar Mayer Wienermobile – how’s that for living the American dream."

The museum pays tribute to those in the military who have honoured their roles in defending their country.

Prince Harry, who served in the military himself for ten years, which included two tours of Afghanistan, continued: "I’ve lived in the US for close to two years now.

"I have to say, witnessing your support for all those that put themselves in harm’s way in defence of our freedoms and liberties – it’s remarkable and hugely respected.

"It reminds me of the deep reverence us Brits have for our military as well."

Harry, who was recently insisted 'Megxit' is a misogynistic term aimed at his wife, added: "The armed forces communities in both our countries share a special bond, and I’m grateful to have served in support of our joint allyship for many years."

The Duke of Sussex arrived at the red carpet event hand-in-hand with wife Meghan Markle, 40, who looked incredible in a long floor-length Carolina Herrera gown that plunged down the middle and fell into an exquisite train.

Opting for a pair of matching high heel stiletto heels, Meghan, whose personal texts and emails with husband Harry emerged in court, completed her head-turning look by styling her raven tresses into a chic bun.

One reporter asked Meghan if she was proud of Harry, to which she immediately replied: "I'm always proud of him."

Harry was then asked, "How's your grandmother?", to which he smiled and nodded to signal she was doing good after her recent health scares.

Stay up to date with all the latest on Prince Harry and Meghan Markle by signing up to OK!'s daily celebrity newsletter.