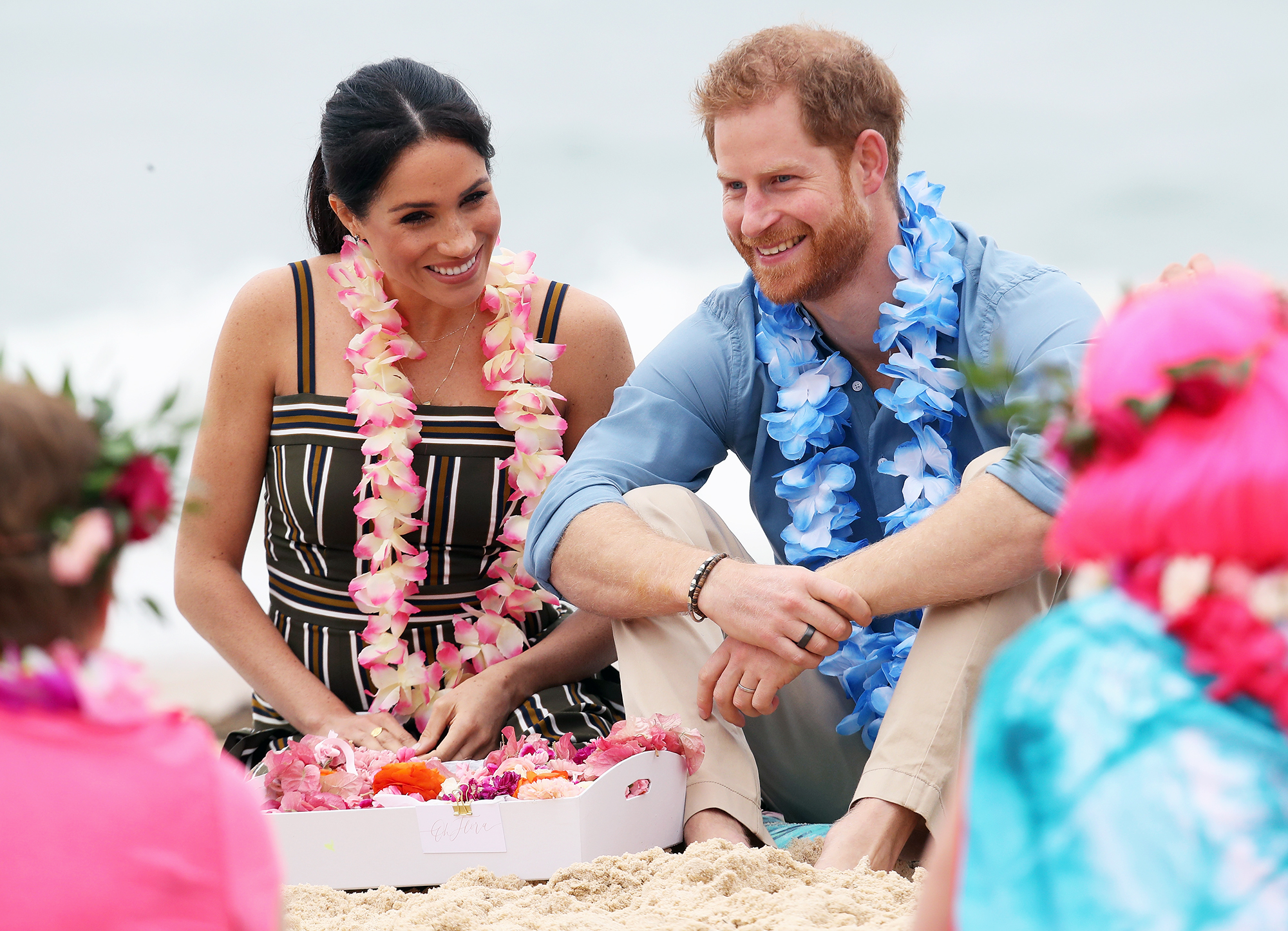 An onlooker tells Us Weekly exclusively that the 34-year-old prince seemed “genuinely touched” by the gesture. “He and Meghan read the card together while she rubbed his back, and they smiled as they thanked the woman who gave them the card,” the onlooker explains.

Harry was 12 when Diana died in a car crash in August 1997. Duchess Meghan, who is pregnant with their first child, has honored her husband’s late mother on their international royal tour by wearing pieces of jewelry, including a pair of butterfly earrings, that belonged to Diana. 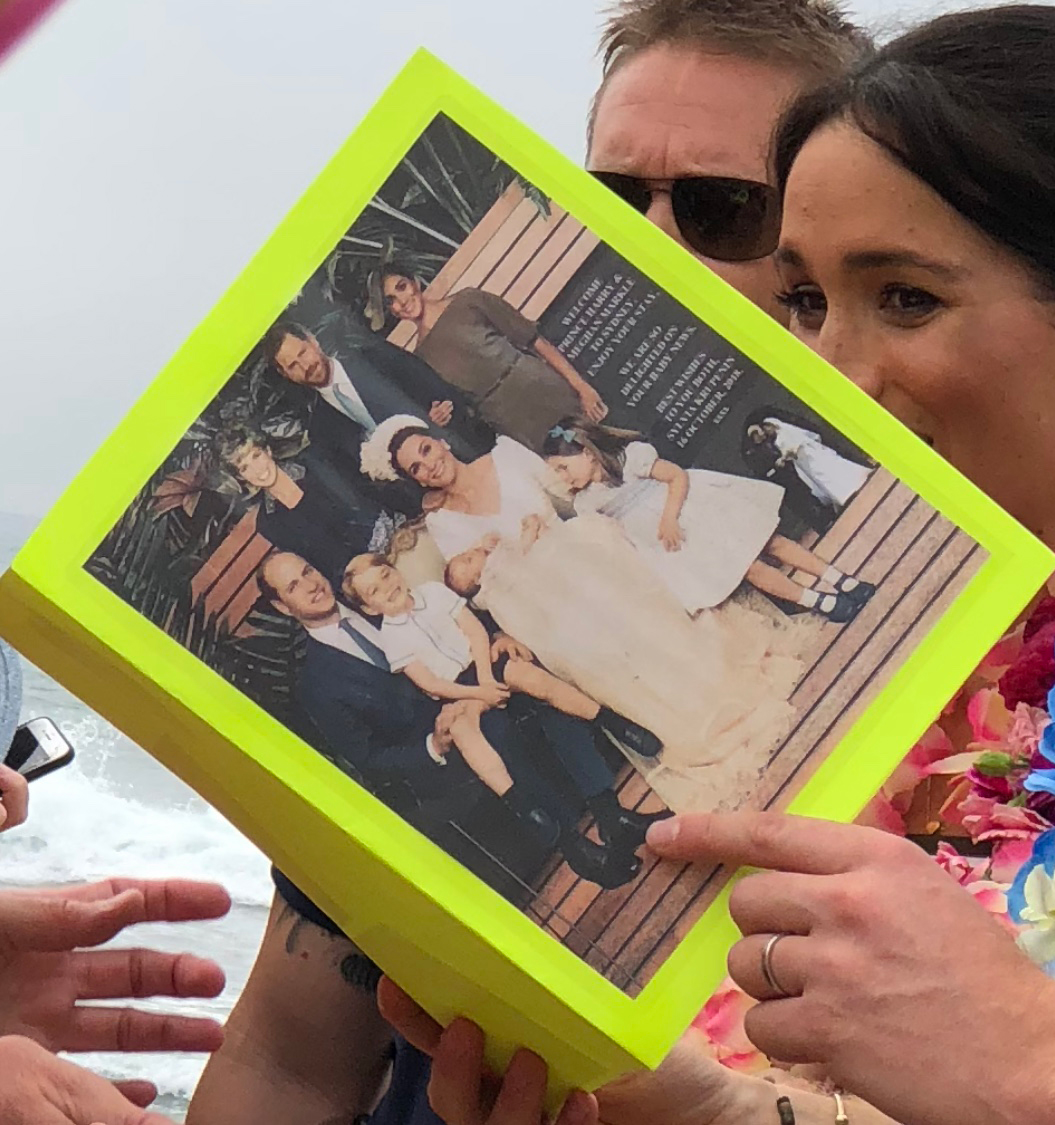 The Duke and Duchess of Sussex received a series of gifts during their visit to Bondi Beach, including flowers and a toy hippo for their new dog, per the onlooker. When asked about their pup’s name, Harry smiled and played coy, saying to the onlooker, “We’re not telling you.”

“Meghan was smiling the whole time and laughed a lot,” the onlooker adds, noting the pair took their time moving down the line of people who waited for them starting as early as 6 a.m. local time.

After the duo announced their engagement in November 2017, Harry told BBC News he thought his mother and now-wife would be “thick as thieves” and “best friends.” A source previously told Us that one of the reasons Harry fell for the former Suits actress, 37, is because of “how empathetic and compassionate she is,” like his mom.

“Meghan wants to make a difference in the world,” the insider told Us in June. “It’s one of the reasons she was so keen to get started with her charity work as soon as she married Harry. This is her life now … She’s found her true purpose.”

For all the inside details on the biggest celebrity stories and scoop this week, subscribe to our new podcast “Us Weekly’s Hot Hollywood” below!